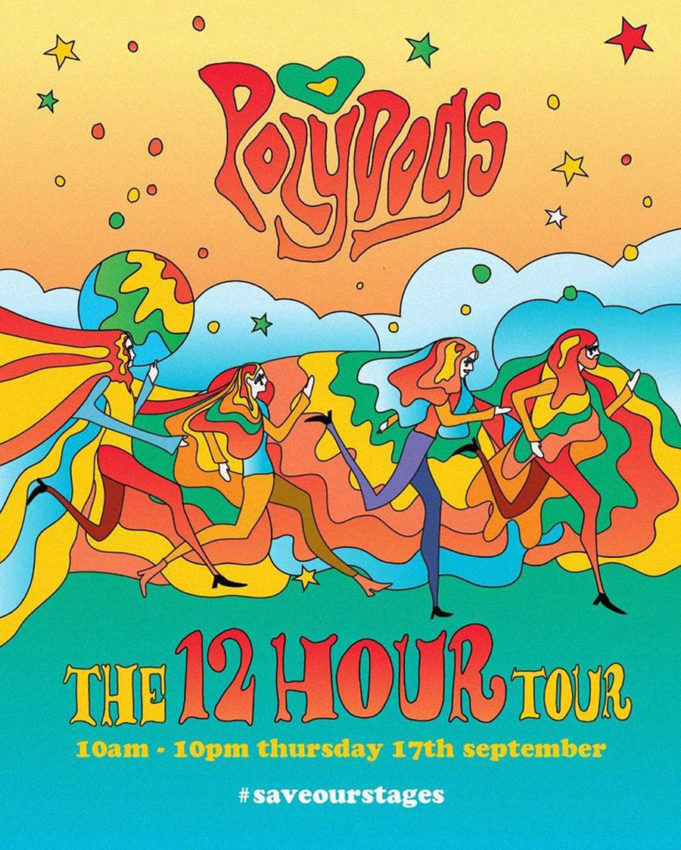 Well, Congress’ last session came and went, and none of those deadbeats did anything about the crisis facing venues. With social distancing in place and no alcohol sales, the places where the music happens are barely hanging on. Some, like locals Billy Bob’s and Lola’s Trailer Park, are taking advantage of new TABC rules that permit food sales from trucks or onsite to go toward counteracting that pesky 51% distinction. Others need help. Save Our Stages is the name of a grassroots campaign by the National Independent Venue Association (NIVA) to encourage concerned citizens to write their legislators and browbeat them into passing the bipartisan RESTART Act next time Congress convenes or during a special session, whichever comes first. The Polydogs are taking a less studious, way louder approach. They’re simply going to melt faces.

Easily the best pure rock band in town, the gritty blues-based quartet is about to embark on a “12-hour tour” inspired by #saveourstages. Playing 10 venues across Fort Worth in a 10-hour timespan on Thu, Sep 17, will dovetail with the Sep 18 release of the band’s new single, “Let Me Live,” a “psychedelic-kissed … boneshaker,” they say. Though plans are not finalized, some stops include the aforementioned Billy Bob’s and Trailer Park in addition to Shipping & Receiving and The Post, the tour’s final stop. The first note is at 10am. A venue’s normal business hours will determine the presence of fans or not, and every show will be livestreamed on the band’s various social media channels.

“In this most unusual of times,” the Dogs continue, “the band knew they needed to do something unusual, not only to elevate the awareness of their latest release but also to focus public attention on the struggles of the stages [the band] used to frequent — in a recent past that’s begun to seem already distant.”

What NIVA is arguing for is long-term support for businesses like venues and theaters that can benefit from the Paycheck Protection Program for only so long before the lack of income stifles any progress. Due to safety concerns posed by large gatherings, the live event industry will experience more than 90% revenue loss well into 2021, NIVA says. Without support from Congress, at least 90% of NIVA’s hundreds of members will close forever. The toll on the economy would be bad enough. A recent Chicago study said that every $1 spent at an independent venue resulted in $12 of economic activity at nearby restaurants, hotels, and retailers. The impact on a city’s soul would be incalculable. Live music says a lot about how smart and progressive your city is, and based on the sheer number of stellar artists calling the 817 home, Fort Worth is a lot sturdier and more diverse than its politics would have you believe. — Anthony Mariani