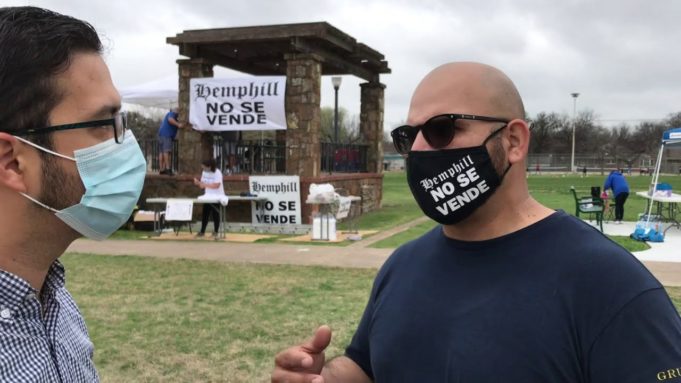 On Saturday, residents of the Hemphill neighborhood gathered to raise funds for a scholarship in honor of Patrick Zamarripa, the former Dallas police officer who was one of five officers killed in 2016 in a sniper attack. Members of the grassroots group Hemphill No Se Vende (Hemphill Is Not for Sale) helped organize the event, and we spoke with one of the group’s co-founders, Ricardo Avitia, about his community organizing efforts. Patrick Zamarripa grew up in the Hemphill area, and donations to his scholarship will benefit up to four local high school graduates later this year, the slain officer’s mother told us. Contributions can be made through Cash App via $PatrickEZamarripa01.