I couldn’t get to the few movies that are being released in theaters this week, so I thought I’d run another of my yearly features delayed to the spring by [gestures at everything]. I write this article about movies that I didn’t have a chance to review or write up in Film Shorts, and there were more of those this year. This piece is therefore longer than usual. Hope you’re okay with that.

The Danish title for this film translates as simply “Drunk,” which would have been a better name for this comedy about a group of high-school teachers who make a group bet to see which of them can drink the most alcohol during the day and still teach class. Mads Mikkelsen plays the history teacher who actually improves his job performance when he’s hammered, because he (like his colleagues) sucks at his job to begin with. The Oscar-nominated film comments acidly on Denmark’s drinking culture, and it just gets funnier the more these men imbibe. The main character has a daughter who does charity work in Africa, which is writer-director Thomas Vinterberg’s tribute to his own daughter, who did the same work before dying in a car accident in 2019.

This sexual harassment drama popped up on several critics’ year-end best lists. I myself found it too elliptical. Julia Garner stars as a young woman working in a movie producer’s New York office who tiptoes on eggshells around a boss who is never seen but is heard berating various guys in suits behind closed doors. (Everybody assumed he was Harvey Weinstein, but maybe he was Scott Rudin.) The movie is perceptive, but so are Promising Young Woman and even Bombshell, and those give me the red meat that I like. Nevertheless, there’s enough here to interest me in what writer-director Kitty Green does next.

Don’t confuse this with the Pedro Almodóvar film by the same name. The film is based on Frank Tassone, the real-life New Jersey school superintendent who defrauded his one-school district of thousands to fund a secret gay partner in Manhattan and visits to Las Vegas for the company of male escorts. Hugh Jackman plays Tassone as a plastic surgery addict who genuinely loves educating kids but is overcome by his desperate need for the adulation of the parents in his district. I liked Cory Finley’s previous film Thoroughbreds, and while this one doesn’t have a script by him, he does subtle things with the direction to convey the damage Frank Tassone does to everyone around him. 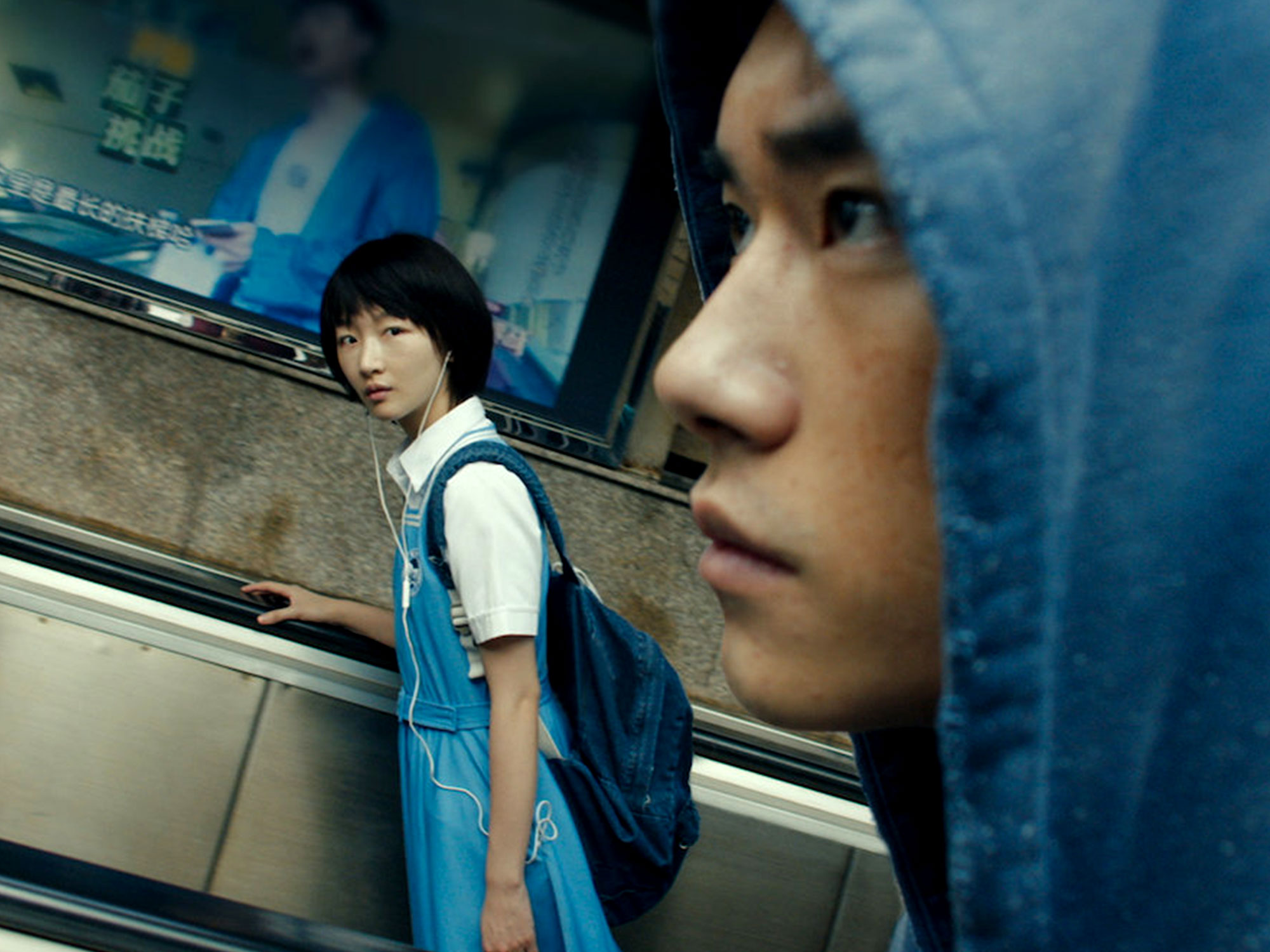 The Chinese government did not want this film released, because it depicts bullying in high school and students being crushed by the pressure of the university entrance exams. The movie turned into a huge hit, and now it’s nominated for the Best International Film Oscar. Zhou Dongyu plays a girl who enlists the protection of a street thug (Jackson Yee) against the mean girl (Zhou Ye) who makes her life hell. Director Derek Tsang achieves some moments of breathtaking beauty, and the writers don’t make the main character into an innocent victim. In some respects, this is cruder than similar movies from countries where they’re free to address these subjects, but for that, it’s still remarkably acute. 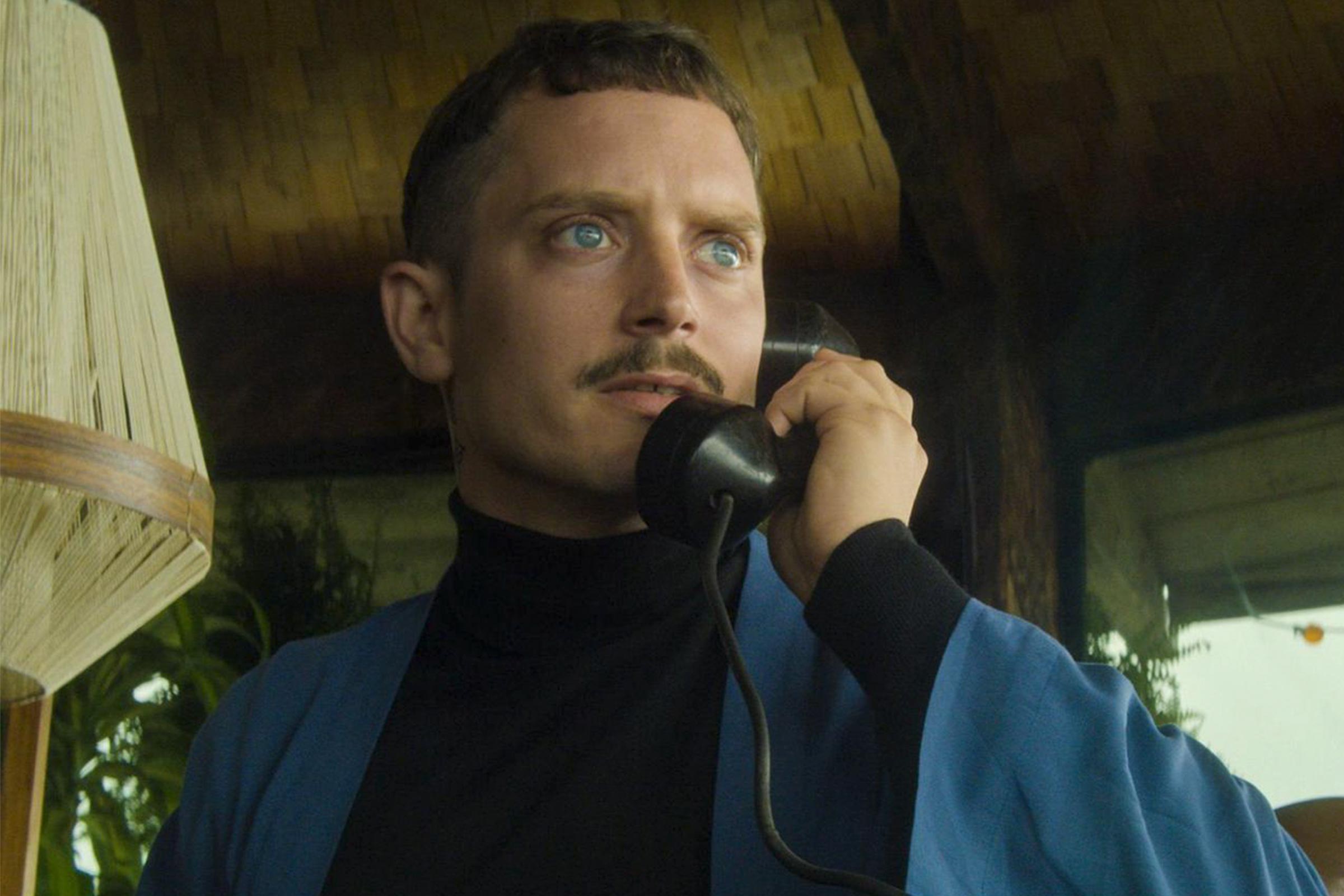 Ant Timpson made a darkly hilarious debut with this film starring Elijah Wood as a poseur L.A. musician who receives a letter from his estranged father and goes to a secluded house in Oregon to meet the man. The guy he meets (Stephen McHattie) seems more and more off as the proceedings go by, and when criminals target the house, our guy has to kill them in very messy fashion. I don’t want to give away too much of the plot, but suffice it to say that Michael Smiley plays yet another scuzzy British villain, and he has one of the funniest dying speeches I’ve ever heard in a movie. 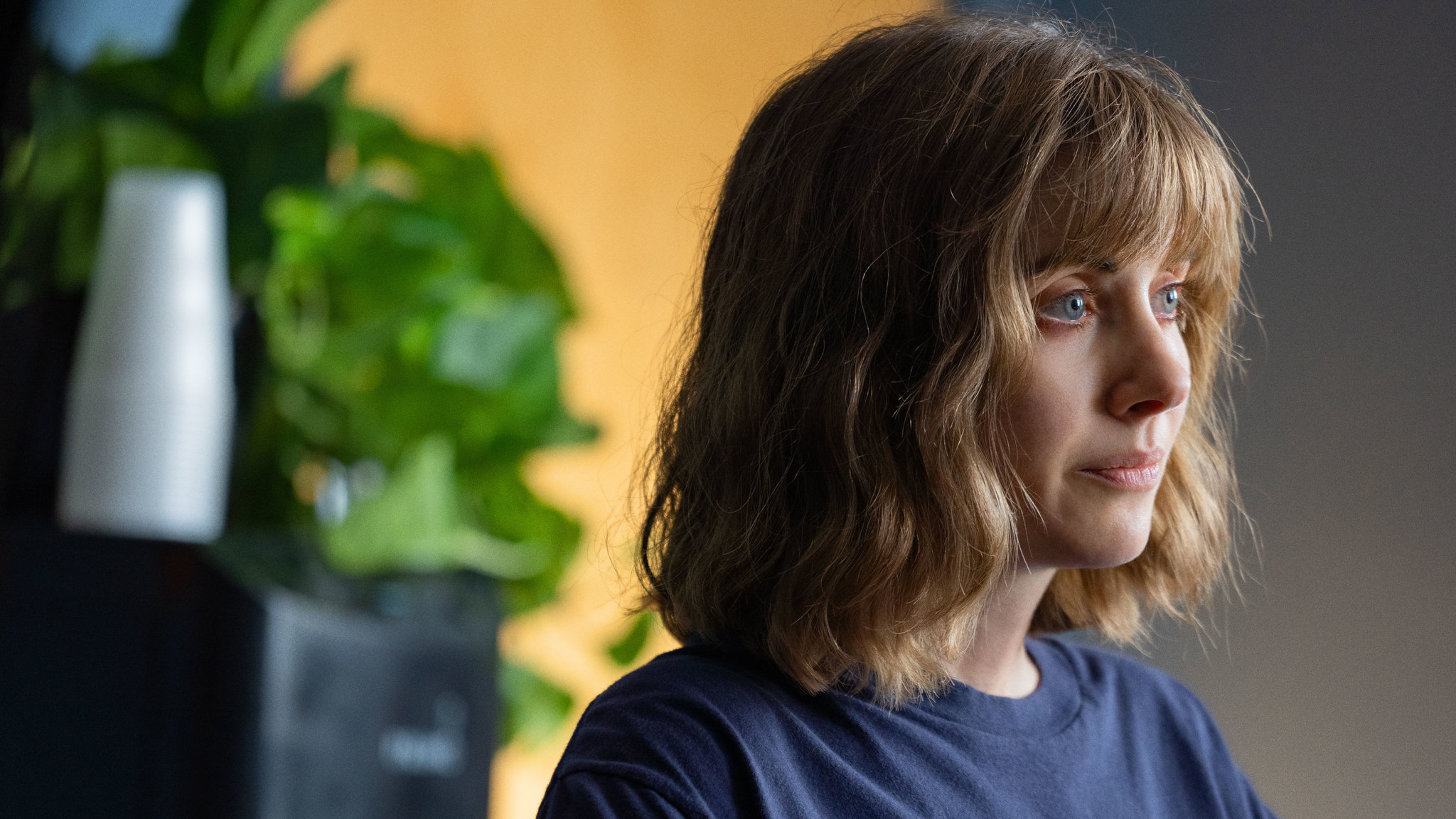 Alison Brie co-wrote the script for this dreamy drama about a crafts store clerk who starts to experience terrifying hallucinations. I think this might have made the honorable mention selection of my Top 10 list if she and director/co-writer Jeff Baena hadn’t botched the ending. Even so, this has a top-notch dramatic performance by Brie as a woman terrified that her family’s legacy of mental illness (her mother killed herself and her grandmother died schizophrenic and homeless) is now coming for her. I haven’t cared much for Baena’s previous efforts as a director, but the unreal vibe he generates here fits the story well. 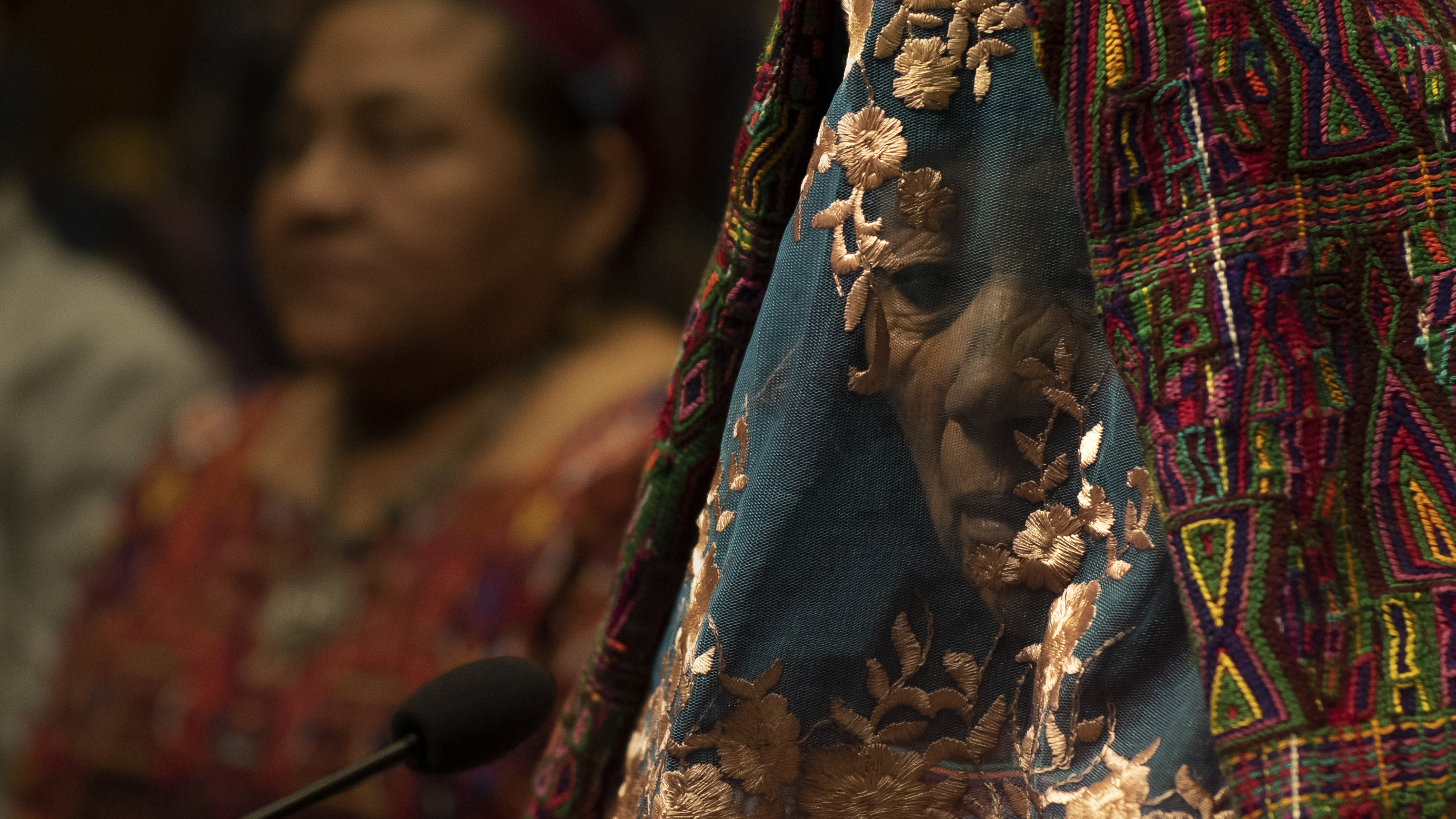 The first movie I’ve ever seen from Guatemala is this horror film with a unique take on the haunted house setup. It stars Julio Díaz as a former dictator of the country who is convicted of genocide against the Mayan people but freed by an appeals court stacked with his cronies. He’s trapped in his very nice mansion by an angry mob that gathers outside and stays there for weeks. Director Jayro Bustamante well captures the feeling of siege here while commenting on racial prejudice in Guatemala. The neat thing is that the protagonist is surrounded by family and loyal soldiers, yet he’s still tormented by spirits that only he can see. Deservedly, this is nominated for the Oscar for Best International Feature. 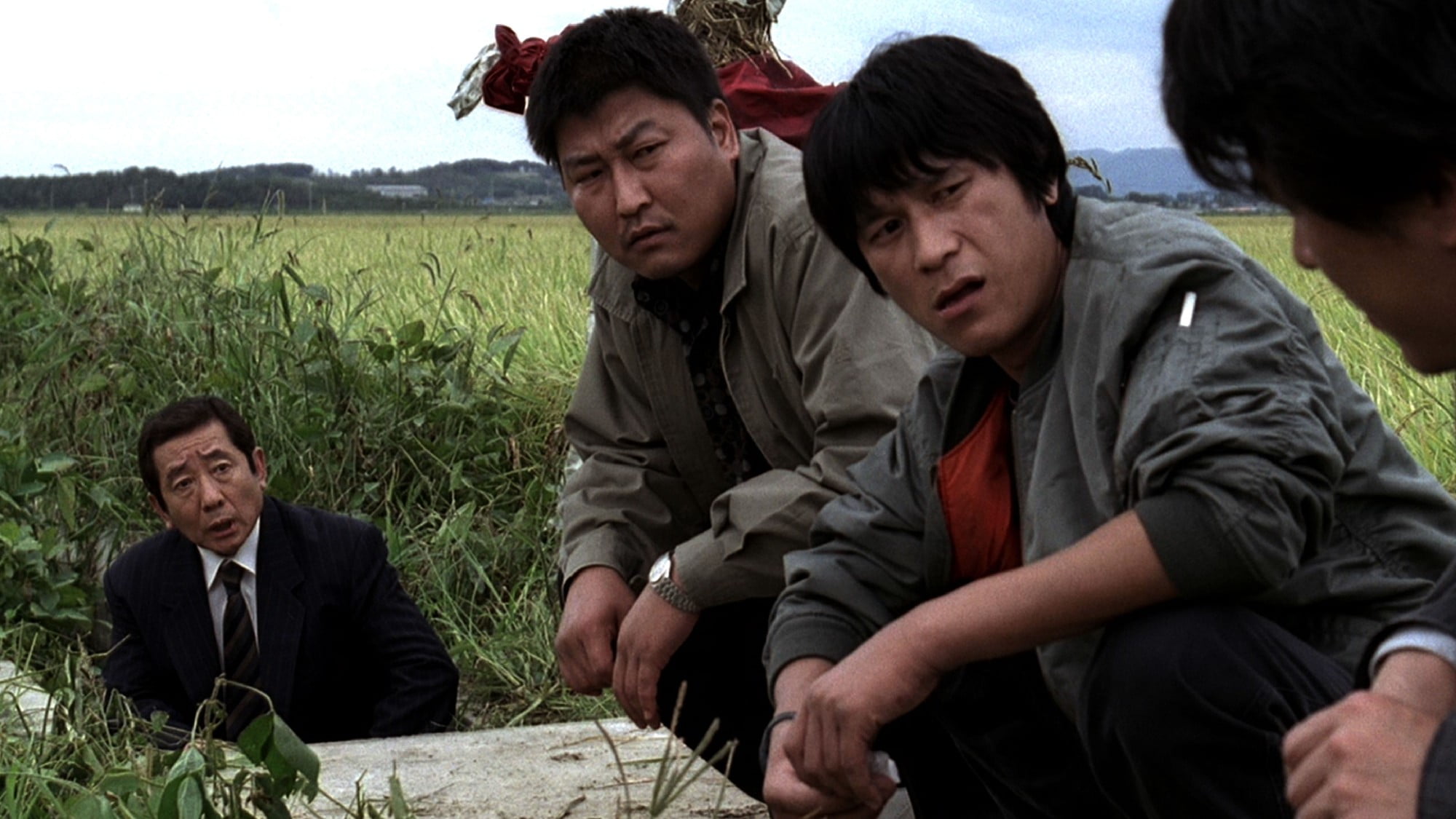 Bong Joon-ho’s murder mystery is technically a 2005 movie, but it was re-released in 2020 following his Oscar wins for Parasite. Something else made it current: The story is based on a real-life series of killings in South Korea that had gone unsolved, but this past year, the killer was found already serving a prison sentence for the rape and murder of his sister-in-law. As always in Bong’s films, the cops are really bad at their jobs, and while the detective from Seoul (Kim Sang-kyung) gawks at the appalling unprofessionalism of the rural cops around him, he’s no better than they are in the end. The final shot of the detective protagonist (Song Kang-ho, once again) staring into the camera at the audience looking for the killer is an indelible one.

Night of the Kings 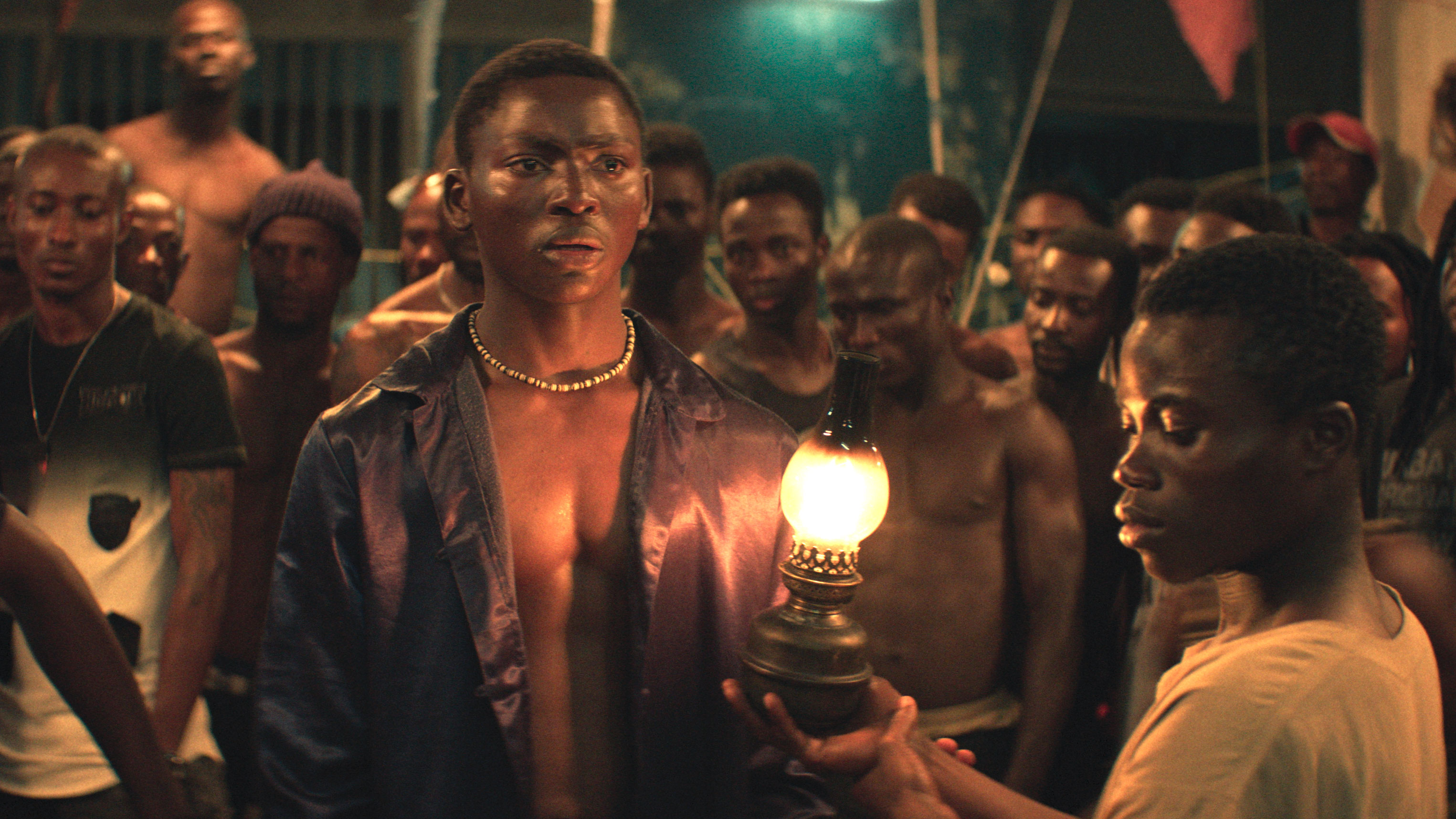 The first movie I’ve ever seen from the Ivory Coast (or Côte d’Ivoire, if you prefer) combines prison drama with avant-garde theater as it tells the story of a young man (Bakary Koné) who’s incarcerated at a facility deep in the jungle where the inmates more or less have the run of the place. They force him to tell stories all night or be killed, and our man’s tales are not only acted out by the prisoners but also give way to some fantastic tableau staged by director Philippe Lacôte about princesses, civil war, and the legendary outlaw known as Zama King. This French-language film conjures up its own phantasmagoric power as it explores the power of folklore. Like three others on this list, this is an Oscar nominee for foreign film that didn’t play here in Fort Worth. What is that?

I said before that this was a historic year for women filmmakers. It’s too bad that this action thriller didn’t play in theaters, for Gina Prince-Bythewood’s film had chops that the other female-directed 2020 movies didn’t have. Based on a superhero comic by Greg Rucka, this efficient film is distinguished by the palpable weariness of characters who can’t be killed and take endless missions to kill others, as well as a gay couple (Marwan Kenzari from Aladdin and Luca Marinelli from Martin Eden) among the heroes and an impressive turn by KiKi Layne as a soldier after her lyrical performance in If Beale Street Could Talk. This found a sizable audience on Netflix, but it would have been good to have in our multiplexes. 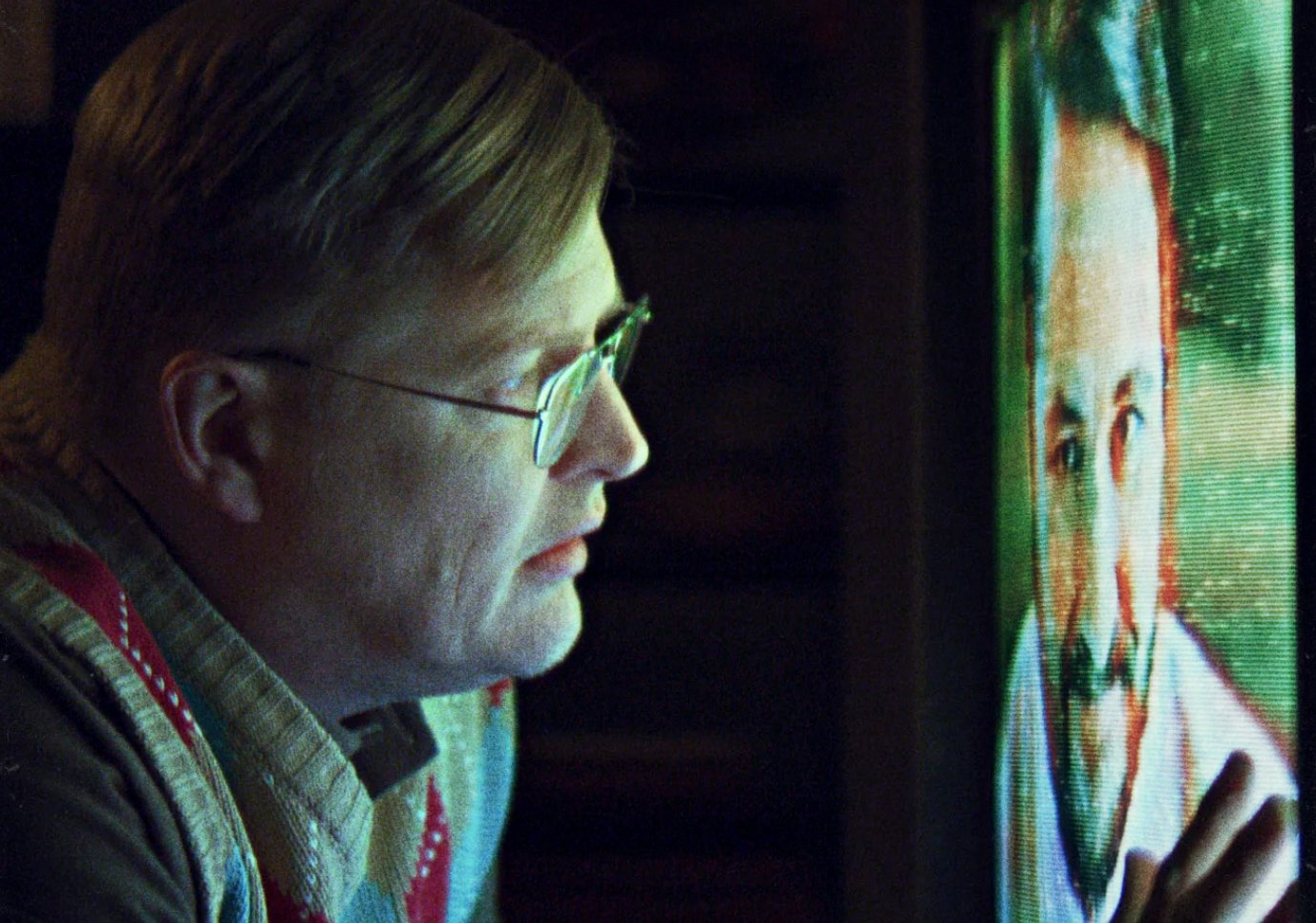 This is a better movie about incels than Joker. Brian Landis Folkins plays a 40-year-old bachelor in 1990 who’s stuck at home taking care of his aging mother (Kathleen Brady) when he rents a VHS tape that has a nice, bearded guy in a cardigan named Andy (Wil Wheaton) who says he just wants to be a friend and seems to be talking directly to the main character. Wheaton strikes just the right balance of cuddly and creepy as Andy takes over the guy’s life and tells him to kill people. This makes a nice double bill with Saint Maud as two movies about solitude eating one’s sanity.

I find I like Katherine Langford better when she’s playing the sarcastic girl who hates everything. So she does in this high-school comedy, where she keeps up a front of snark even when her classmates start spontaneously combusting for reasons that no one can figure out. It’s a treat watching her rag on ineffectual teachers and government officials, and director Brian Duffield keeps the tone light even when someone close to our protagonist falls victim to the plague and she falls into a deep depression. This teen movie strikes deeper than its determined light tone would indicate.

If Far From Heaven was a gay man’s take on plush 1950s Hollywood “women’s pictures,” then this is a Black man’s take on those. Eugene Ashe does everything to make this look like those old movies, with saturated colors and opulent production design illustrating the story of a Black woman (Tessa Thompson) who ponders the course of her love life while building a career as a network TV producer. The movie suffers from a flat male lead performance by former NFL star Nnamdi Asomugha as a jazz saxophonist. This would have worked better if he’d switched roles with Bridgerton star Regé-Jean Page, who plays one of the backing musicians. Even so, Thompson’s performance, which I have mentioned before, gives the movie all the texture it needs. 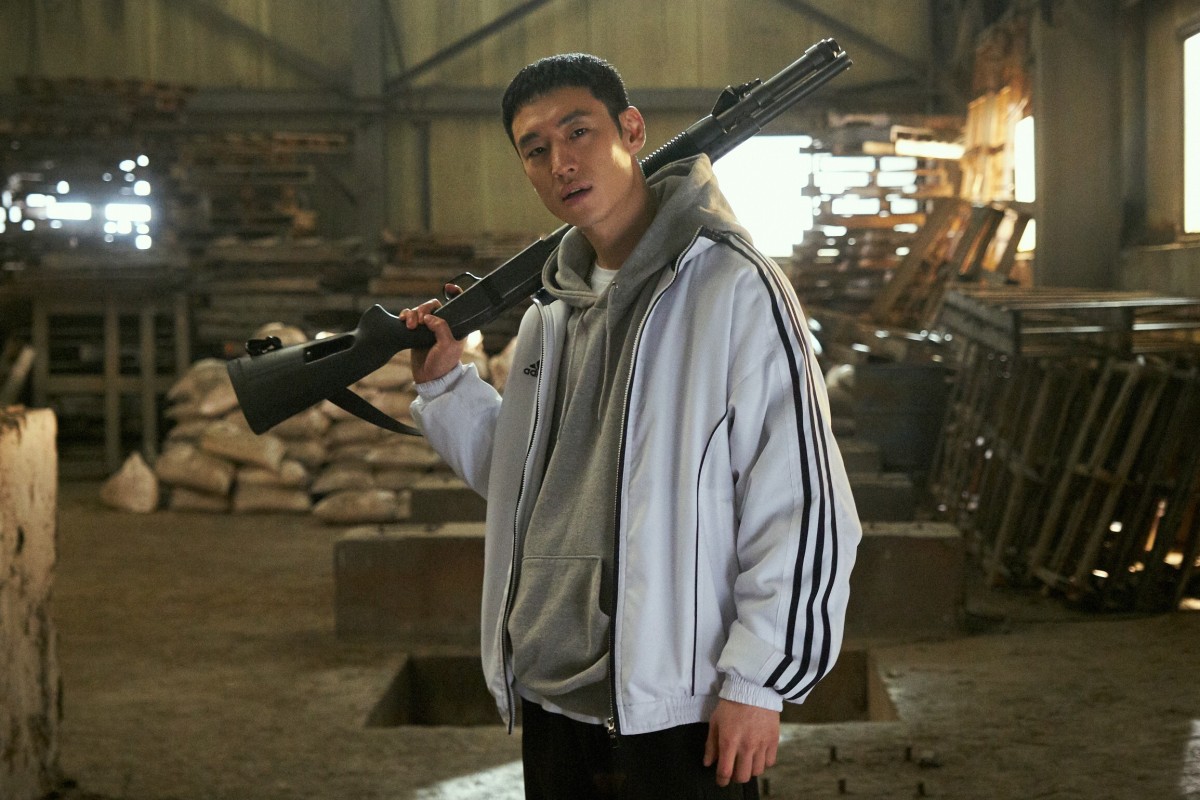 This Korean action-thriller deserves a look for the way it turns a dystopian near-future Korea into an almost abstract backdrop. At a time when the value of the Korean won is cratering, a group of three small-time crooks (one of them is played by Choi Woo-shik from Parasite) decides to knock over an illegal gambling casino for its supply of U.S. dollars. Unfortunately, one gambler (Park Hae-soo) turns out to be an unstoppable contract killer who gleefully promises to hunt them down before they flee to Taiwan. Even worse, he’s an active-duty cop. Savor the shootouts filmed by director Yoon Sung-hyun against crumbling buildings and deserted streets. This thriller has more style than many Hollywood movies like it.