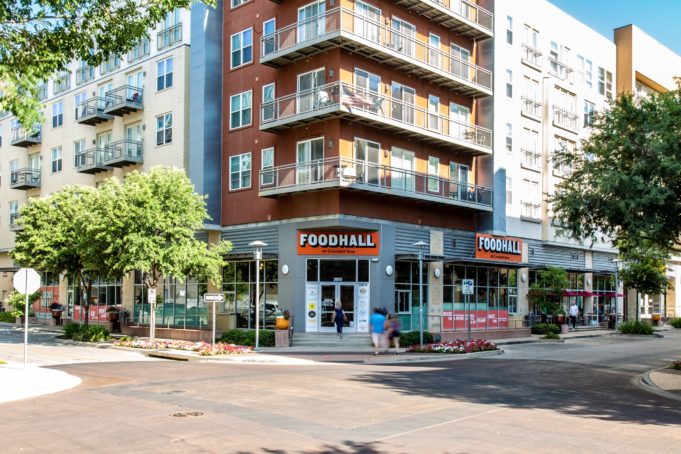 When restaurateur Bruce Russo opened Crockett Hall in late 2018, locals flocked to the development in Crockett Row at West 7th. The food hall concept — which re-envisioned mall food courts with mini-restaurants instead of fast-food chains — was spreading across Texas and the nation. Legacy Hall in Plano, which opened in late 2017, had already proven popular with North Texas diners.

With hundreds of theoretically built-in customers living above the restaurants, bars, and retail spaces in West 7th, Russo thought the concept would be a slam dunk with locals.

“It opened with quite a bang,” Russo told me. “I think it opened with a bang because it was new. After eight months of it being opened, the sales declined.”

Russo said several factors led to the recent decision to permanently close the food hall. COVID and a restaurant industry that is still experiencing economic upheaval are the biggest culprits, he said. In late December, a majority of the business’ investors told Russo that the venture was over.

After the mandatory shutdown in early 2020, Russo reopened the food hall late that summer with all-new concepts that he created and owned. The initial model of leasing space to outside concepts was no longer sustainable, but Russo thought the food hall concept still had a future in Fort Worth.

Grapevine’s new Harvest Hall, also based on the food hall concept, was packed on a recent visit. My mother, who frequents the hall before boarding TexRail to visit my daughter every other week, told me the place is always bustling. Harvest has seven kitchens, two bars, and 8,077 Instagram followers compared to Crocket Hall’s nearly 10,000 followers.

In West 7th, nearby Fred’s Texas Cafe recently closed due to two co-owners’ desire to sell the property as part of their retirement plan, meaning the closure wasn’t COVID-related. Last year, Stirr Restaurant, which occupies the same building as Crockett Hall, closed due to financial problems related to the pandemic. Even with Crockett Hall’s closing, there are still dozens of restaurants in and around the West 7th corridor.

Like other Fort Worth restaurant owners, Russo took steps to adapt to life under COVID. He installed point-of-sale systems that allowed for contactless ordering. He reached out to nearby apartments and tried several marketing concepts, which included a breakfast event for local social media influencers. Those efforts brought in a new clientele, he said, but it wasn’t enough to stop the financial losses.

Rent in the upscale development wasn’t the biggest factor that led to the food hall’s closure, Russo said.

A recent TIME magazine headline reads, “Profit Doesn’t Exist Anymore.” The reporter describes the economics of running a restaurant during a pandemic and the perils of staff shortages, supply price fluctuations, and volatile foot traffic. Restaurant sales across the country fell $240 billion from expected projections in 2020.

“I’ve been around the business for years,” Russo said. “We’ve never seen this. There are two kinds of restaurants: the ones that are making a ton of money and the ones that are struggling. There’s not a lot in between.”

Russo predicts that Fort Worth will see a lot of restaurant closures within the next 90 days, a combination of the recent omicron variant surge, staffing shortages, and lingering economic fallout from customers who continue to avoid dining out to stay safe or save money.

Russo said he may revive some of his Crockett Hall concepts elsewhere. He and his team are currently working on several projects.

“We’ll get this [closure] behind us, and we’ll move forward with something new,” he said.