The Alamo Drafthouse in Denton is opening two films this week that have been on Netflix for some weeks now, after playing briefly in Dallas last fall. I caught both of these at my home, but it may well be that they’ll both be improved by watching them on the big screen. In any event, now that they’re in a theater in this paper’s jurisdiction, that’s a handy excuse for me to write about them.

My film critics’ association voted The Power of the Dog as the best movie of 2021, but you probably noticed that it didn’t even rate an honorable mention from me when I made out my Top 10 list. I found this Western to be a bit too subtle for its own good. Based on Thomas Savage’s novel, the film is set in Montana in 1925, when George Burbank (Jesse Plemons) meets widowed innkeeper Rose (Kirsten Dunst) on a cattle drive and falls for her. After they’re married, she comes to live with him on his family ranch, but her son Peter (Kodi Smit-McPhee) is exactly the sort of teen who’s guaranteed to piss off George’s brother Phil (Benedict Cumberbatch). Not suited to life in the rugged West, the effeminate Peter prefers to cut scraps of paper into flowers. Phil immediately sets to making Rose and Peter’s lives hell if the boy won’t be a manly man like the other cowboys he prefers the company of.

Writer-director Jane Campion knows this territory, having made The Piano about a similar clash of hardscrabble country and refined manners. (Indeed, this movie was shot in her native New Zealand rather than in Big Sky country.) Phil is a complicated villain, a man whose hatred of classical music and fine arts is merely a brutish façade to hide his Harvard classics degree and his repressed homosexual love for a dead mentor. While he may not be able to face the truth about himself, he is clever enough to know how he affects people around him. When Rose tries to practice The Radetzky March on the piano that George just bought for her, Phil whistles the Johann Strauss tune and plays it on his guitar until her confidence is shot.

I remember watching The Piano when it came out and how new that film’s unruliness and female perspective were to me at that time. Unfortunately, when I watched this, I kept thinking about how I had seen all this before. Brokeback Mountain delves deeper into gay men trying to reconcile themselves with the masculine cowboy creed. Granted, the movie is less about that and more of a revenge drama, as Peter has to use his wits to neutralize Phil as a threat, but the movie needed a director who knows how to gently slip the knife in like Claude Chabrol or Emerald Fennell. Undoubtedly the film’s spectacular vistas lose their impact if you watch it on TV. However, I came into The Power of the Dog expecting something that would knock me flat, and I wound up shrugging it off. 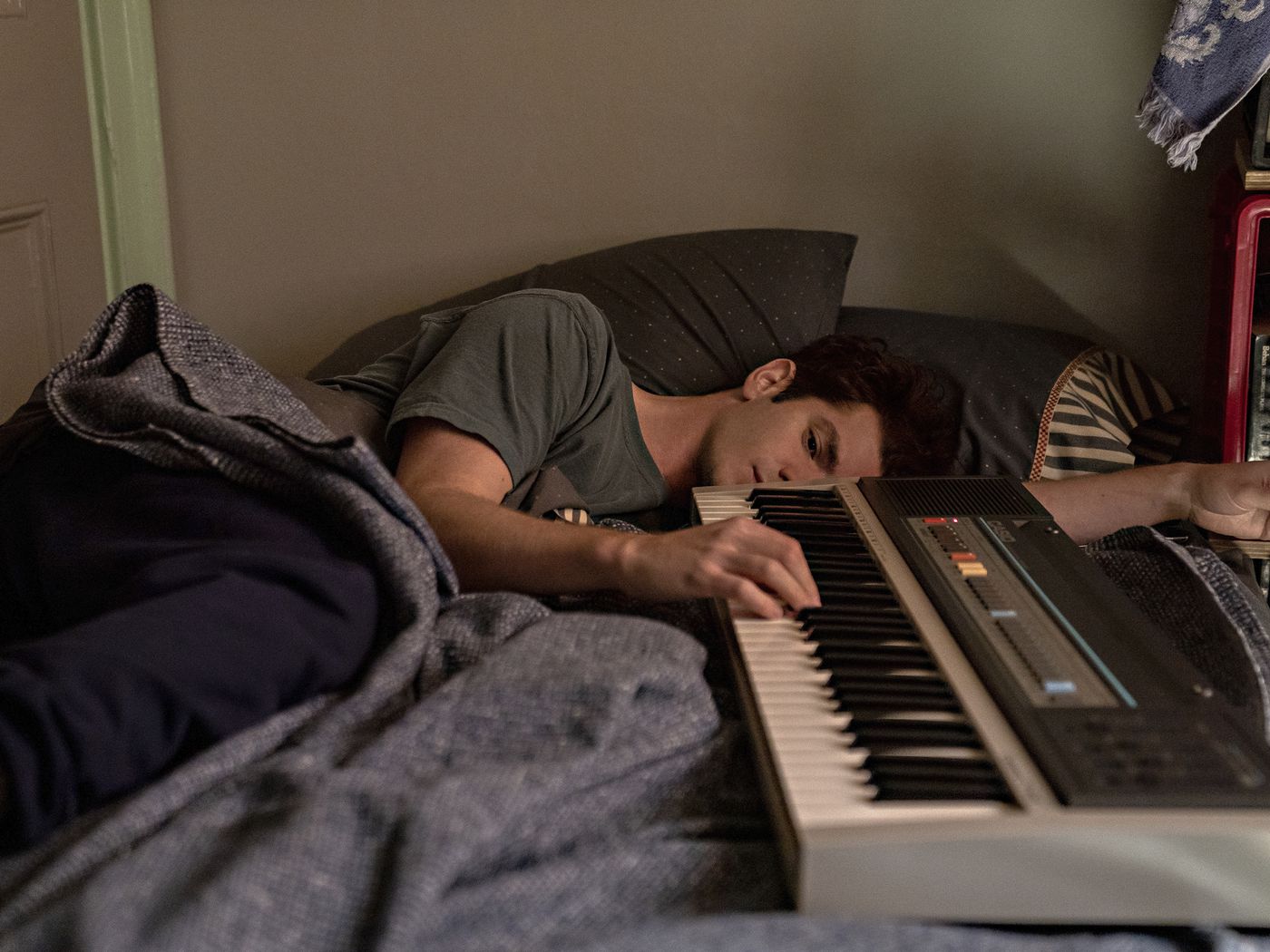 I found tick, tick… Boom! more rewarding. Jonathan Larson conceived, wrote, and starred in the original Off-off-Broadway musical in 1990 about his own struggles as a composer trying to make it big in New York’s theater district. The show dispenses with a theatrical set in favor of a rock band set up on the stage with the main character at the piano and occasionally stepping out in front to perform. The movie begins the same way, with Jon (Andrew Garfield) introducing his backup singers (Joshua Henry and Vanessa Hudgens), but then it opens up into a depiction of New York in 1990, with scenes taking place in the real-life locations that Larson frequented or re-creations of those.

Jon has spent several years toiling on an ambitious musical called Superbia set in a future science-fiction dystopia. Meanwhile, he’s paying the bills by waiting tables at a diner and taking part in corporate focus groups, which leaves him not much time to spend with his girlfriend Susan (Alexandra Shipp). With a workshop performance of Superbia looming and influential producers set to attend, no less than Stephen Sondheim (Bradley Whitford) advises Jon that his show is missing a showstopping song that will provide the story with its heart.

The big takeaway from this is Garfield, an actor with no musical-theater experience who looks born to burst into song and dance. He’s magnetic simply sitting at the piano and singing “Johnny Can’t Decide,” but he also niftily leads the group number “Boho Days” (accompanied by improvised percussion reminiscent of bygone Broadway shows like STOMP and Bring in ’da Noise, Bring in ’da Funk) and the duet “No More,” with Jon dancing through the palatial apartment bought by his gay best friend Michael (Robin de Jesús). His chops aside, Garfield also finely portrays the character as a guy consumed by panic that he’ll be a failure if he doesn’t mount a show before he turns 30.

Lin-Manuel Miranda (who portrayed Jon at Lincoln Center back in 2014) makes his debut as a director here, and he has a feel for how film can render musical numbers magical in ways that theater can’t. The number “Play Game” is delightfully shot like a low-budget ’90s rap video, and the junky aesthetic contrasts with “Swimming,” when a creatively blocked Jon takes laps at his local Y and suddenly sees the notes for his missing song materialize on the floor of the pool. At the workshop, Jon sees Susan sing that song, “Come to Your Senses,” and Shipp’s heartbreaking performance of it has him (as it had me) close to tears.

For all these felicities, tick, tick… Boom! never quite transcends its stage roots and likely plays just as well if not better on the small screen. Even so, it’s a remarkable showcase for its director, who looks set to helm better stuff in the future, and for its male lead, who looks to be another luminary in Hollywood’s musical ranks.

The Power of the Dog
Starring Benedict Cumberbatch and Kodi Smit-McPhee. Written and directed by Jane Campion, based on Thomas Savage’s novel. Rated R.