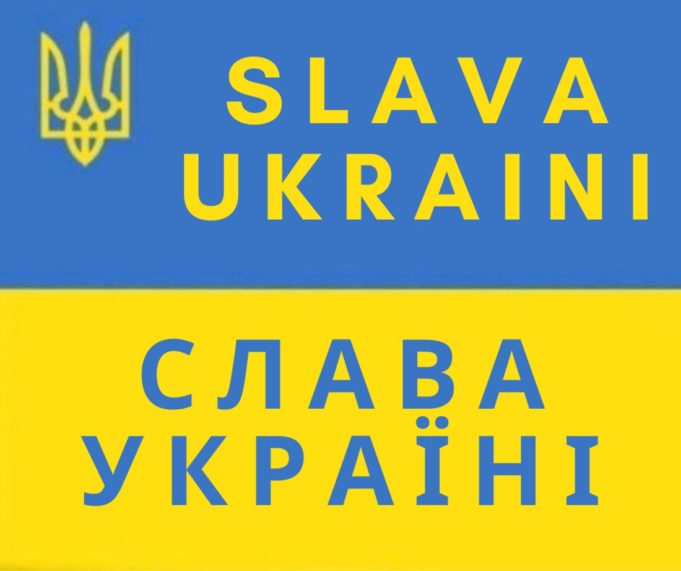 This year, the Van Cliburn has dispensed with its chamber music requirement. I would have liked to see it kept with an expanded repertoire, but there’s no guarantee that all the contestants wouldn’t have chosen the same Schumann and Dvořák piano quintets as always. Instead, the players give a one-hour recital and play a Mozart concerto, a requirement that was part of the final round in previous years.

Also, the New York Times has a superbly balanced article on the Cliburn that includes the individual viewpoints of the Russian and Belarusian pianists on the invasion of Ukraine. They’re largely not in favor of it, which makes me feel better, if not entirely comfortable, about their presence here. The piece also reports a man yelling “Slava Ukraini!” (“Glory to Ukraine!”) when Dmytro Choni took the stage. Yeah, that guy was me. I did it in both the first and second rounds. I didn’t report it before, because it’s not really audible in the video links that I’ve been posting. At long last, I’ve done something worthy of being reported in the Times.

(By the way, those microphones they’re using to record the audio do a great job of filtering out not only my voice but also the audience’s ringing cellphones. They’re one advantage of taking in the Cliburn at home.)

Sun Yutong starts everything by giving a brightly colored account of Albéniz’ “El Corpus Christi en Sevilla,” an evocation of the annual spring religious parade in the Spanish city. He follows that with Chopin’s Polonaise in F-sharp minor, a disturbingly modern piece that isn’t played nearly enough. Sun excels with the mazurka in the middle of the piece. Then he plays two pieces by the Ukrainian composer Borys Lyatoshynsky. They serve as a nice change of pace from the usual Rachmaninov and Scriabin miniatures we hear, even if the Op. 44 prelude he chooses is a bit slight. He doesn’t put Prokofiev’s Eighth Piano Sonata together as well as Kate Liu did back in the first round. I think she would have made a more interesting semifinalist than half the remaining field.

Masaya Kamei’s semifinal recital is a virtuoso program consisting of a dull reading of Beethoven’s “Waldstein” Sonata followed by technical showpieces. I find listening to him somewhat maddening, because I keep wanting him to give me more, and more stubbornly refuses to come. Liszt’s “La Campanella” is altogether too polite and Ravel’s Gaspard de la Nuit goes nowhere near the morbidity of that masterpiece. His take on Balakirev’s Islamey has no swing to it, either. He tosses off all the technical challenge here like they’re nothing, but it sure isn’t much fun to listen to.

Clayton Stephenson begins the afternoon session with his own “Waldstein,” and it shows up Kamei’s weaknesses, as the winner of the 2015 Junior Cliburn displays a much greater ability to make individual movements hold together and tie the movements into a unified whole. He follows that with Lowell Liebermann’s Gargoyles, drawing out some crystalline beauty from No. 3 and investing Nos. 1 and 4 with great verve. He concludes with Brahms’ First Piano Sonata with all the heartiness and intellectual rigor of that early work by the composer. I see no reason to climb down from my earlier assessment of him.

If you title a piece of music “Humoreske” and then make it almost half an hour long, you’re either trolling people or trying to cast a butterfly in two tons of concrete. I think Schumann’s doing the latter. Shin Chang-yong gives the second performance of this massive item at this year’s Cliburn, and neither one makes me think that the work is some neglected masterpiece. His version of Prokofiev’s Seventh Piano Sonata loses the comparison with the one Stephenson played earlier.

Back in 2017, we overdosed on Mozart’s 20th and 21st piano concertos, which nearly all the finalists picked. As we begin the concertos this year (under the baton of Nicholas McGegan, who’s back after conducting this portion five years ago), I’m glad to see Marcel Tadokoro pick No. 27 and Uladzislau Khandohi select No. 9 as their Mozart entry. This part of the competition is always going to benefit musicians who go in for restraint and finesse, so Kim Hong-gi does well with No. 20, which he plays with Beethoven’s cadenzas, and Tadokoro glows in the last movement of 27. Khandohi fits this repertoire better than I would have imagined, too. I’m not in the hall to yell my usual encouragement at Dmytro Choni as he plays No. 20, but I hope to catch him next time. These performances are all good, and only Khandohi’s tells me anything that I didn’t know about the performer. We still have eight more concertos to go, so let’s see if they turn out more enlightening.