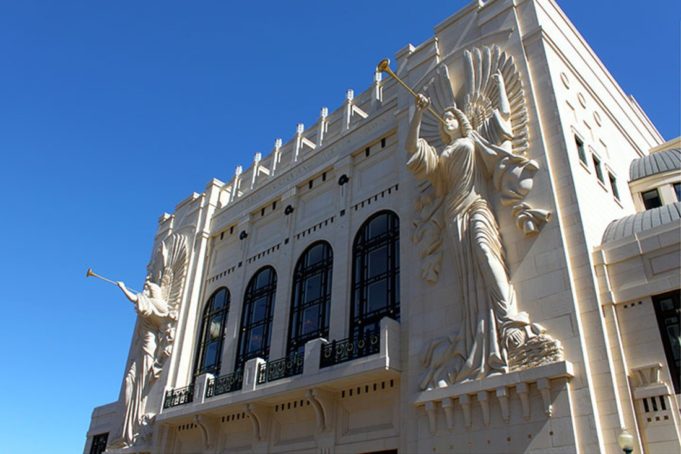 Lots of business to attend to here, so let’s get on it. Lim Yun-chan’s semifinal recital consists solely of all 12 of Liszt’s Transcendental Études. Some of them are really good, like his stately rendition of Paysage and his economic takes on Feux follets and the untitled No. 10. However, too many of them wind up crumbling: Mazeppa, Eroica, Harmonies du soir. This 18-year-old has oodles of talent, but he’s too raw for this stage of the competition. Ilya Shmukler plays Brahms’ Handel Variations as a way of proving his intellectual cred, and that job is done. The structure of that set comes through beautifully, but Prokofiev’s Eighth Piano Sonata is a whole other ball of wax, and Shmukler can’t cobble the thing together.

Sun Yutong plays the third Mozart Concerto No. 20 out of the first five. Am I burned out on the work or does his performance sound flavorless? Park Jin-hyung plays that same piece as well, and the only way I could tell them apart is that Park plays the original cadenza while Sun plays Beethoven’s, for those of you scoring at home. I’m happy to hear Masaya Kamei play No. 19, clearly a less developed work than its successor, but at least a different one. Even here, I want something more distinctive from this pianist. Anna Geniushene plays No. 25, and maybe it’s just my pleasantly jaded ears, but this one sounds like the best concerto of the round.

Eesh. Kim Hong-gi comes out with an inexplicably flat semifinal recital. He starts out with Rachmaninov’s Op. 23 preludes, and No. 2 is nowhere as assertive as it should be. No. 3 doesn’t have the proper bite, and even the famous No. 5 misses that inexorable march rhythm. The flatness continues into John Adams’ China Gate and Barber’s Piano Sonata. I had him down among the top tier in this competition, but this performance might doom him. Not so with Marcel Tadokoro, whose recital is jam-packed. He plays more Rameau (“Les rappel des oiseaux”) and the opening theme of Rachmaninov’s Corelli Variations with great dignity and shape. This guy might just be made to interpret early keyboard music. His Scriabin Op. 65 études don’t have that familiar Russian sound, but they’re convincing on their own as mystic crystal revelations. Shame that he runs out of gas by the time he gets to Brahms’ Paganini Variations. I’m hearing a lot of wrong notes from the contestants lately — is everybody already dog tired? Or are they too busy practicing their Mozart?

Clayton Stephenson, at least, hasn’t fallen apart yet. He plays a well-judged Mozart’s 21st Concerto, doesn’t try to do too much in the famous second movement (the one that got this concerto nicknamed “Elvira Madigan”), and shows off some piquant cadenzas. He’s one of only three contestants who’s not playing either Mozart’s or Beethoven’s cadenzas for these concerti, by the way — his first is by Murray Perahia, his second is by Rudolf Serkin. Lim Yun-chan does No. 22 with cadenzas by Edwin Fischer, which distinguishes his from the 20s done by Shin Chang-yong and Ilya Shmukler, which my befogged brain are no longer taking in. My apologies to all.

A stifling Sunday afternoon begins with Uladzislau Khandohi playing a sluggish Gaspard de la Nuit. By virtue of a “Scarbo” that begins well, his is the best version of this work that I’ve heard at this competition, but pianists in the past haven’t shied away from the monsters and fantastical beasts in this work like they’re doing this year. The only time the Belarusian seems comfortable is in the last two of the three Rachmaninov Études-tableaux that he plays. The same composer’s Corelli Variations he does all right with, though not as memorably as Tadokoro did. Maybe the heat gets to him and to Dmytro Choni, who has trouble holding Brahms’ Op. 79 Rhapsodies together. Still, the Ukrainian pulls it back for Scriabin’s Fourth Piano Sonata, where he seems at home. He then turns in the best performance of Book I of Debussy’s Images we’ve heard here, with an outstanding “Hommage à Rameau.” He shows off his range with an account of Alberto Ginastera’s First Piano Sonata, infusing the modernist work with the proper Latin rhythms.

Last of the recitals! Park Jin-hyung comes up with his best performance at this competition. It’s something the way he turns the waltz rhythms of Prokofiev’s Sixth Piano Sonata. He does even better with Schumann’s Op. 73 Fantasiestücke, putting great energy into “Aufschwung” and “In der Nacht.” The concluding number “Ende vom Lied” brings the set home in style. Nothing here blows me away, but at least it leaves me impressed. That’s more than can be said for Anna Geniushene, who makes it two recitals out of three that leave no impression on me.

Nevertheless, she makes the finals, along with Dmytro Choni, Uladzislau Khandohi, Lim Yun-chan, Ilya Shmukler, and Clayton Stephenson. I noticed that Sun Yutong’s semifinal recital ran an hour plus one minute, and I wonder whether that cost him. Anyway, the possibility of a Ukrainian winner in this year of all years is in play, as is the possibility of the competition’s first-ever Black winner. The final round is concertos from here on out. Marin Alsop is conducting the Fort Worth Symphony Orchestra, and I couldn’t be more excited. Stay tuned for the next post and I’ll tell you why.