Fern Connections is a LGBTQIA+ matchmaking, relationship, and date-coaching company founded by Daphney Poyser, a certified matchmaker, and science-based relationship coach (featured above). Regarding her company, Poyser says that she “decided to start [her] own matchmaking business for people who want to love whoever and however they please and not have to be tied to societal norms or denied love because of their race or sexual preference.”

In her mind, “the new normal is open for people to date someone outside of their race…someone who is much younger or older, or even someone who has different viewpoints, religious beliefs, and backgrounds from them.” So why should dating someone of the same or similar gender orientations be any different?

At Fern Connections, it isn’t.

In working with the LGBTQIA+ community, Fern Connections hopes to normalize the reality and validity of queer relationships. From recent actions such as the passing of the “Don’t Say Gay” bill to the harmful attacks against transgender youth and adults across the nation, the safety of queerness in America is constantly being contested by the communities around it.

Whether it relates to matchmaking or community building as a whole, the company’s mission statement lists that its role in this world is to “inspire people across the country to live and love in their truth,” regardless of the limitations others put on what is correct or normal.

Fern Connections offers an array of packages and membership options, at varying price points, to best serve what their client is looking for during their dating journey. Including an Elite Matchmaking Service green-lighted this year. This new initiative was born out of a desire to create a package that supported the unique needs and eminence of our higher-profile community members.

While historically, “elite” spaces or places of “prestige” have held little to no space for people of color, queer, transgender, or non-binary individuals, Fern Connections in offering this service in an attempt to subvert the heteronormative and binary ideal of what it means to live and date as a financially and socially successful minority individual.

The company has jumped over an impressive number of hurdles in the short two years they have been in business, and their place in the world of LGBTQIA+ dating and media is only rising. Earlier this year, Fern Connections began a partnership with a high-profile production company — the same one behind We Are Here and The Indian Matchmaker — and began casting for a queer dating show in the North Texas area.* “The experience has been so amazing,” says Poyser. “It’s something I would have never dreamed of in a million years, yet one that I’m so excited to continue with.”

The company has also formed a partnership with Kelleher International, expanding its role in the LGBTQ+ space. This is Kelleher’s first venture of this kind, and with Fern Connection’s assistance, is set to bring lots of promise to people within the queer community across America.

Ready to take the next step? Head over to Fern Connections’ website at FernConnections.com to learn more about the services available, and to book a free consultation with their certified matchmaker, Daphney Poyser.

*The first round of casting for this show has already finished but follow the company’s social media for further updates. 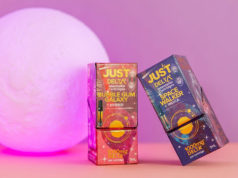 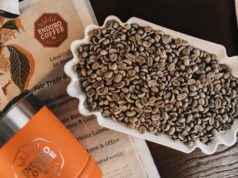 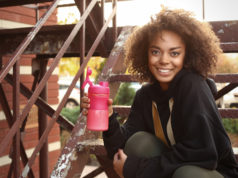