By the time former city councilmember Ann Zadeh was elected in 2014, the West 7th corridor was beginning to experience the challenges tied to increased pedestrian and vehicle congestion and disagreements over how many bars should be allowed in the area.

City council was addressing “the proliferation of bars and concerns by area residents about the loudness and the crowds at closing time,” recalled Zadeh, who at the time represented the district that encompasses the West 7th area, District 9. “We brought together residents, the West 7th Alliance group, bar owners, and the owners of Crockett Row to handle safety concerns due to so many pedestrians being on the street. [In 2018, the city] changed the area to one-way streets. I thought it should be a pedestrian-only area. To do that, they would have had to shut it down at certain times. That takes manpower.”

The Weekly wrote about the traffic woes and the raucous partying at the time that still defines much of the corridor (“ West 7th Breakdown,” Aug. 2018). Notably, we saw a heavy police presence that several business owners now say has become inconsistent.

“By late evening, the youthful, drunken energy had become contagiously intoxicating,” the reporter wrote. “West 7th is a homogenized, gleaming, clean, safer version of, say, Dallas’ Deep Ellum. I walked up and down the streets taking photos and meeting people from 11 p.m. to 2 a.m. and never felt unsafe. Police were everywhere. In July, city officials converted Morton, Bledsoe, Norwood, and Foch streets from two-way to one-way. Now, pedestrians have to look in one direction only for oncoming traffic, which is expected to reduce vehicle-pedestrian conflicts. Farther south, the Farrington Field parking lot offers paid parking, further reducing the need for people to dock their cars alongside busy streets.”

Zadeh said the feedback before and after the elimination of two-way streets was mixed.

“Some people feel that one-way streets speed up traffic,” she said. “Others say it makes it easier to not have to look both ways. It allows the cops to get large groups of people out” after 2 a.m.

The slow encroachment of bars in the area was allowable under the mixed-use zoning that can include residential, commercial, and other construction uses in one district.

Zadeh added that the area doesn’t deserve its reputation for lackluster parking options.

“I dealt with people complaining about parking,” she recalled. “You get two free hours of parking. I’ve had no issues whatsoever. At night, you can park at Farrington Field and walk two blocks. There is a ton of parking in this area. Do you have to respect the fact that the garages belong to the Crockett Row area [and require validation from a Crockett Row business]? Yes. They built those garages, and garages are expensive.”

As anyone who travels West 7th Street knows, the four-lane thoroughfare is a work in progress. Several years ago, city staffers recognized that the bustling four lanes were not functioning as efficiently as they should, Zadeh said. The final plan will include buffered bike lanes and revamped bus stops that will allow public transit to pull ahead of cars. The construction will eventually better connect the Crockett Row businesses to businesses north of West 7th Street to the east.

“Bike lanes and streetlights on the outside of the eastbound lanes have been completed,” the public statement read. “Bike lanes are under construction from Carroll Street to Currie Street. Once complete in August, this project will provide a roadway in a heavily traveled part of the city that balances the needs of the vehicle user, transit user, pedestrian, bicyclist, and others.”

After volunteering for six years on the city’s zoning commission before serving three and a half terms as councilmember, Zadeh oversaw many formative years of revitalization in the West 7th area. So has the mixed-use approach been successful?

“I think so,” she said. “There is some vacancy in the retail stores. I don’t think that’s a failure of the mixed-use. Having a walkable area helps this area be successful.”

As far as improvements to West 7th, Zadeh said more variety of businesses in and around Crockett Row would be beneficial.

“I think it is a good thing to have a mix of uses and not a concentration of too many bars or restaurants,” she said. “Retail is hard because people are shopping online. We have to figure out not having so many cars. Hopefully, once West 7th Street is redone and people aren’t blasting through at a high rate of speed, it will be easier to enhance the walkability of the area.”

Downtown Fort Worth, Camp Bowie Boulevard, and the Stockyards all benefit from a program known as a Public Improvement District (PID). The idea is to create a stream of money to improve security, maintenance, and other services and improvements as needed.

Councilmember Elizabeth Beck, who replaced Zadeh in District 9 last year, said she is in the early stages of gauging interest in creating a PID for the West 7th Core, the term used by city staffers to describe Crockett Row at West 7th and nearby bars to the east and south.

“There can be different interests between retail and bar owners at times,” Beck said. “A PID offers the opportunity to come together and think of [growth and development] as a collective effort.”

The downtown ambassadors program, which is funded by a PID, has proven popular, Beck added, referring to the hospitality service team that bikes, walks, and Segways throughout Sundance Square to assist and welcome visitors.

PIDs are funded by fees assessed to property owners, and Beck said that the owners she has spoken to are open to the concept. After a requisite percentage of property owners petition the city, city staffers view the petition and organize public hearings on the proposal. If all the steps are approved, Fort Worth City Council can approve the PID.

PID spending is guided by a “PID advisory board that is made up of stakeholders in the area,” Beck said.

Beck emphasized that the process for forming a West 7th PID is very much in the early stages.

“It can be a difficult process if you don’t have support,” she said. “I’ve taken a slower route to get there. I would like to be successful in this effort. There is no petition yet. There is no boundary yet. I really am trying to have conversations with the property owners.”

Emil Bragdon, who owns several bars and properties in the area, doesn’t support a West 7th PID. He told me that property owners already spend enough in property and sales tax to warrant city incentives that don’t come from increased taxes.

Data provided by the city shows that the West 7th Core generated $2.7 million in city general fund income from property taxes, while sales tax from that same area produced $1.1 million for the city in 2021.

Zadeh said there is a common misconception that the city has excess funds for unbudgeted spending on the types of programs offered by a PID.

“I can tell you that there is not enough money in the city to do all of these things,” she said.

While she still supports the idea of a PID for the area, she sees a potential hurdle from major developments that have largely met their construction goals.

“One possible issue is the major property owner Crockett Row,” she said. “They would be the biggest contributor to the PID based on property tax. They have done their own sprucing up and beautification. It wouldn’t make sense for them to pay a big chunk of money that mainly benefits the periphery areas.”

One possible solution would be the creation of PID boundaries that do not include developments that may not need the funds.

Beck said that she has been surprised at property owners’ willingness to learn about the PID program.

“It is worthy of having a discussion about,” she said. “A PID is a really useful tool in reshaping the area and making [the West 7th area] a safe and enjoyable place for everybody.”

This story is part of Inside West 7th, an ongoing series of reports on the past, present, and future of the West 7th corridor. Have news tips or ideas for us? Email Editor Anthony Mariani at Anthony@FWWeekly.com. 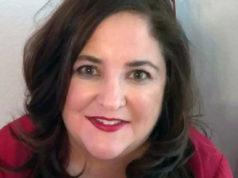