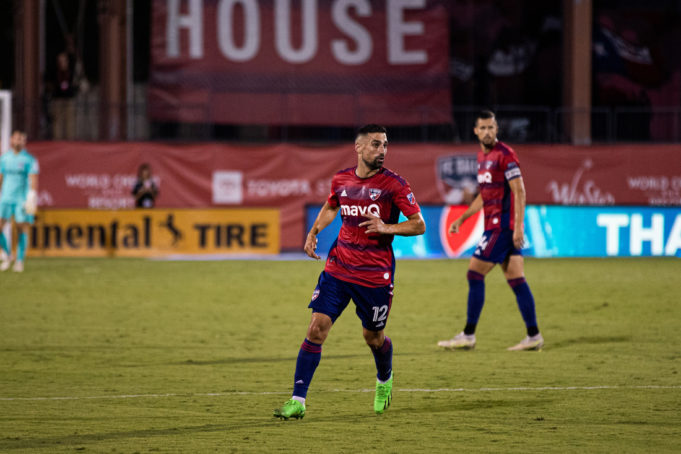 Argh! I’m up! So what did happen in soccer since last January?

Let’s see, Russia invaded Ukraine. The aggressor’s national team was kicked out of World Cup qualifying and Poland qualified in their place, which probably made Ukraine’s sympathetic neighbor quite happy. The Russian teams were also ejected from the Champions League. The Ukrainian soccer league called off their season, and a contingent of Brazilian players in the country made an S.O.S. video begging their country to get them out. Since then, the league has come back on while those players escaped by whatever means possible. Chelsea’s Russian owner, Roman Abramovich, made a fuzzy statement and turned the team over to a supporters’ club in an unsuccessful attempt to avoid the British government freezing his assets. The team was bought by L.A. hedge fund investor Todd Boehly, who likes distressed assets because he’s also the interim CEO of the Hollywood Foreign Press Association following the Golden Globes fiasco. Meanwhile, Abramovich, who received not a penny from the sale of his team, went back to Russia to try to broker a peace deal. He and the other peace negotiators apparently got poisoned.

It’s hard out here for a Russian oligarch. Weren’t we supposed to have a World Cup this summer?

Isn’t it hypocritical to ban Russia from the World Cup and then hold that tournament in a country with so many human rights violations of its own?

This will be America’s first World Cup in eight years. How are our players doing now?

Every four years, players for countries that have made the big dance look to change clubs to get more playing time. It benefits no one to be buried on the bench. Thus, USA’s presumptive No. 1 goalkeeper Zack Steffen gave up a cushy position as Manchester City’s backup for a loan spell at Middlesbrough. Joining him at “Boro” is striker Matthew Hoppe. Attacking midfielder Malik Tillman, rather than take up space in Bayern Munich’s reserves, took a loan to Rangers in Scotland. Jordan Pefok led the Swiss league in scoring last season with Young Boys (insert: obligatory joke about the team’s name here) and moved to the tougher German league with Union Berlin, where he immediately won over the fans by scoring against their hated rivals Hertha Berlin. Sergiño Dest seems to have done something to piss off Barcelona’s new coach Xavi, so now he’s on loan at AC Milan. Veteran defender John Anthony Brooks has gone to Benfica to recover his form after some injury-plagued seasons. Former FC Dallas striker Ricardo Pepi, who struggled at Augsburg, took a loan to FC Groningen, where he can rediscover his scoring touch against the weak defenses in the Dutch league.

I haven’t even mentioned the American revolution at Leeds United, where Jesse Marsch took over as head coach last spring from the cult-like figure of Marcelo Bielsa. The British footie fans reacted by laughing at the Whites, because the most famous American coach in the Prem has been Ted Lasso. However, with a full off-season to work with and some new American players (defensive midfielder Tyler Adams and striker Brenden Aaronson), Leeds has started this season brightly, with a 3-0 victory over hated rivals Chelsea. Aaronson scored his first-ever Premier League goal in that game by pressuring Champions League-winning goalkeeper Édouard Mendy into a hilarious error. Meanwhile, Marsch has showed some un-Lasso-like attitude, getting into sideline altercations with opposing coaches and being red-carded in a loss to Brentford. His players have been pressing feistily, and they’re not laughing so much at Leeds anymore.

Will all this help Team USA at the World Cup?

Tune in this November for my pre-tournament feature.

You are shameless. Who else moved?

It may be more significant who didn’t move. Christian Pulisic was rumored to be on his way out of Chelsea but stayed there and thankfully avoided the offensive logjam at Manchester United. Speaking of which, United spent the summer pursuing Barcelona’s deep-lying playmaker Frenkie de Jong and hit a brick wall. Funniest of all was Cristiano Ronaldo asking out of United and, much like Kevin Durant in the NBA, finding no takers for his huge salary. Even huger are his ego and delusion, and United have been winning ever since new coach Erik ten Hag benched Ronaldo. This situation could explode in a very entertaining way.

I asked you who moved.

Manchester City, clearly in need of talent, recruited massive Norwegian striker Erling Braut Haaland, who immediately repaid them with hat tricks in two straight games. Bayern Munich picked up Sadio Mané from Liverpool, and the Senegalese striker looks every bit his magnificent self there. Bayern needed a new goal threat after losing Robert Lewandowski to Barcelona, which bought up a whole bunch of new players for their defense, midfield, and attack.

Yes, the financial troubles at Barça have been a regular theme in this feature, but the Spanish giants managed to scrounge up more cash by mortgaging percentages of their TV rights to British and American buyers in exchange for an undisclosed amount.

What do I look like, a financial analyst? They may well win the La Liga title and the Champions League with their refreshed squad this season, but they can just ask Leeds how overextension can send even a soccer powerhouse into purgatory for almost 20 years. I say this will all end in tears for the blaugrana.

FC Dallas made a significant acquisition with Sebastian Lletget, the 30-year-old goal-scoring midfielder who had been a fixture in the LA Galaxy’s starting lineup. Hoops already look bound for the playoffs, and Lletget should be a steadying veteran presence. The next time we talk, we’ll know whether he or new teammate Jesús Ferreira are on that plane taking Team USA to the Middle East.