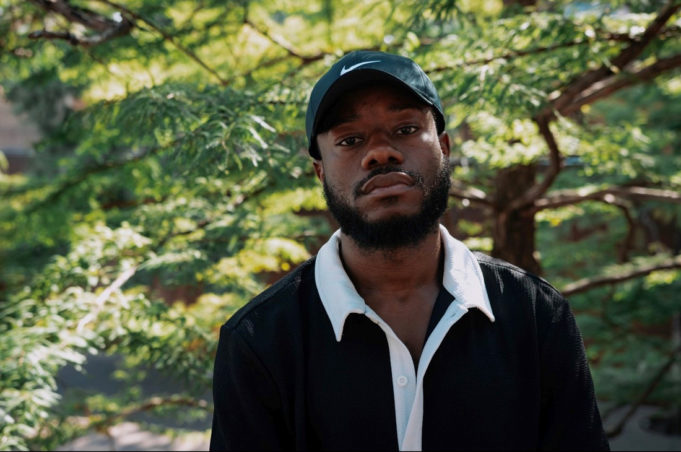 In the X-Men comic book series, the wheelchair-bound leader of the band of super-powered mutants, Professor Charles Xavier, uses a device called Cerebro to communicate with his team and potentially all mutants across the globe. Using his powers of telepathy, Professor X can go through Cerebro to connect directly into the minds of the heroes and read and implant thoughts. This powerful piece of tech became the inspiration behind philosophical rapper SageModeWrex’s latest album. Very loosely, as he “doesn’t make references to the X-Men lyrically,” he said, his goal was to “sound like I was talking to myself and everyone else telepathically. [Professor X] is one of my favorite [comic book] characters.”

On the appropriately titled Professor Wrex, which comes out Friday, the scholarly MC offers a 10-song lesson plan produced by the likes of Fostepco, 4D Tha OG, and Kofi Cooks to bob the heads (and expand the minds inside them) of smoky, hazed hip-hop fans of all philosophies. Through tracks like “Early Morning Meditations,” “Like Water,” and “Elevated,” the self-described “hippie rapper” waxes on personal and spiritual growth, a goal toward which he’s always tried to maintain focus and an endeavor that became more intense during the pandemic.

“Obviously,” he said, “the pandemic ruined a lot of people’s lives, and I’m not trying to say anything [derogatory] about that, but, for me personally, before it happened, I was just begging for the world to slow down at some point. I felt like, prior to it, life was just coming too fast, and I never had time to focus on who I was, so when it happened, I did. I was just reading all the time. I was at the house all the time, just hanging with my daughter, my family, with time to work on myself and watch the world and look back on the last 30 years of my life.”

One of the books he read during that time was The Map of Consciousness Explained: A Proven Energy Scale to Actualize Your Ultimate Potential by Dr. David R. Hawkins, an authority in the fields of consciousness research and spirituality. Through the book, Wrex learned about the scale of human emotions, which were positive and negative forces, and he gained a motivation for always pushing toward “a higher self, a better self, being aware of energy and trying to keep it on a higher level.”

Professor Wrex is the first new music by Wrex since his celebrated collaboration with fellow local rapper Dru B Shinin’, Bruce Leeroy, nearly four years ago. Part of the delay, beyond the pandemic, was in the rapper intentionally stepping away from the game to keep growing as an individual.

“I just needed time away from trying to be recognized or trying to get attention from music,” he said. “I made about 40 to 50 songs over that time, but I didn’t really intend for anyone to hear them. I just wasn’t playing the game, y’know, ‘Listen to this. It’s my new song, new video, or whatever.’ I just needed some time to myself while I was growing as a man. I was focusing on rebuilding the mind, body, and spirit. I was just doing life stuff.”

When asked if, through this project, he feels obligated to share some of his “enlightenment” with his audience, he’s fairly definitive.

“No,” he deadpanned. “I mean, nobody cares.” He laughed. “I may share it with my family or people who are next to me all of the time, but I made peace with it a long time ago that if I feel a certain way about something, it doesn’t mean it’ll work the same way for anybody else.”

Wrex admits that, at one time, he might have, yet with the maturity that comes with age, he’s realized his target audience has really always been himself.

“I made all those songs back in the day, in my 20s, where maybe I was coming from a place like that,” he said, “like I used to feel like I figured out the formula to life or something, but since turning 30, it’s like my whole consciousness has changed. That’s all ego shit. Everyone has their own idea of spirituality. For me, it’s always about returning to some connection with that, whether I do that through nature, through disciplining myself, or just getting back to a higher standard of myself. Some people do it for ‘God,’ or they do it for the universe, or they do it for whatever religion they practice. For me, it’s always about coming back to a place to be a better version of myself.”

Whether his intention is to educate his listeners, or just to simply keep his own spiritual and emotional states ever expanding, Professor Wrex offers hook-friendly lessons with which hip-hop heads can do the same. He hopes the thoughts find someone, but he’s also just fine if they don’t land.

“I just say it,” he said. “I feel like it’s my job to be honest. It’s going to reach who it’s supposed to, and if it doesn’t reach anybody, that’s real, too. I’m just trying to be as good and to be as honest and focused as I can and just spread goodness and be what I think ‘God,’ or whatever that is, wants me to be.”