A miscommunication kept rapper J/O/E (pronounced as J-O-E) from bringing his beer into Funky Picnic’s Backroom, where I was set up to interview him. He had ordered his beverage at the adjacent brewery/restaurant, and a bartender said that screwy TABC laws prohibited transferring alcoholic beverages to where I was seated. Without missing a beat, J/O/E/ chugged the schooner.

The beer-lovin’ hip-hopper is not one to waste a good brew.

The frothy wordsmith is having one helluva year, and he knows it. His face beamed as he described performing at the Main Street Arts Festival as a guest artist during shows by locals Lou CharLe$ and Yokyo. Arts Goggle and the most recent Friday on the Green also showcased the 33-year-old rapper who recently released the seven-song album Lagers in the Lounge.

J/O/E’s past albums, with their rapid-fire verses and trap beats, were more about chugging. Lagers in the Lounge is all about sippin’ brews and enjoying life as it comes. Recorded over the summer with producer 3fifty7 (Micah Sky, Tavo Tha Trill, Wells), the new album features mid- to slow-tempo numbers with extended instrumental intros and unhurried rapping.

“My preference is to write songs at home,” J/O/E said. “With this project, we did all of that in studio. I would get [to the studio], make the beat, maybe write a verse, or maybe have a hook. I would try to take it home. The producer would say, ‘No, you got it. Let’s knock this out.’ He was a motivation.”

Opener “Sailing” begins with a tremolo of strings and light chimes. The oscillating two-chord intro then leads to a lilting solo guitar that J/O/E raps over.

“Coasting,” he unhurriedly flows. “In my own mind / Coasting, though I’ve never seen the ocean.”

As the song picks up, J/O/E’s exuberance shines through. He can be forceful with his delivery even as his word choices are free from profanity. Rappers, he told me, should be aware of how their musical content can either open or close doors.

“Chuggin’ nonstop / Popping tops on bombers and whatnot / Just me and a can.”

J/O/E’s love affair with beer is no schtick.

“I was already putting beer references in my music,” he said, referring to his early career. “I started going to Martin House Brewing and Rahr & Sons religiously in 2014. That’s how I got to know the craft beer community. At one point, I was struggling with how to promote myself. I was chilling and drinking. I looked at the beer I was drinking and said, ‘This is the answer.’ ”

J/O/E said he has amassed nearly five hours of original songs. Looking to 2023, the rapper said he is focused on building his brand. When he isn’t performing or working his day job, he researches YouTube videos on self-promotion. One tip he learned: Budget money for advertising new releases.

“Whether it’s for Instagram or Google ads, have a budget,” he said. “Just putting an album out there doesn’t give you much exposure. A lot of people put stuff out and expect it to take off. It’s not really that simple. You have to really have a budget to promote it.”

Collaborating with other artists is another top goal for 2023, he added. He’s in no hurry to release another album, but he will be looking to be a featured guest on other musicians’ new releases.

Fort Worth, the active performer said, has a mixed history of supporting hip-hop. On one hand, festivals like Main Street Arts Festival did book Lou CharLe$ as a headliner, but smaller venues overwhelmingly go for rock, country, and Americana acts most nights. Fort Worth’s rappers, J/O/E said, need to push the quality of their output.

“I’m an example of how hip-hop can be brought to broader audiences in Fort Worth,” he said, adding that Lou CharLe$ deserves credit for making rap mainstream in the 817. “I’m performing at these spots you don’t see rap at, but we still don’t see enough of it in Fort Worth.” 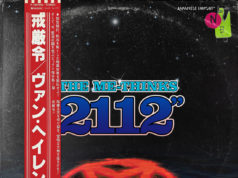