One lucky Christmas present has made my New Year’s Eve plans for me. Friday night, I’m getting the party started early at the Toadies/Flickerstick show at Billy Bob’s. As for Saturday evening, a.k.a. New Year’s Eve proper, I’m staying home. How about you? No? Great. Here are a ton of NYE shows to consider around North Texas.

For New Year’s Eve at The Post at River East (2925 Race St, 817-945-8890), #MAF22 nominees the Squeezebox Bandits and Keegan McInroe are set to play. Tickets are $20-125 on Eventbrite.com and include a complimentary champagne toast and black-eyed peas at midnight.

Sundance Square (420 Main St, 817-222-1111) hosts a free NYE show on Saturday from 6pm to 2am featuring DJ Danny West and The Unlikely Candidates, plus Mi Son and Fusion Latina, and then a fireworks show at midnight. This event is free to attend.

Growl/Division Brewing (509 Abrams St, 682-252-7639) is celebrating its Division Brewing 7th Anniversary Party with music by Freeze Succka and Hotcake Hand Grenade. Doors open at 7pm, and the cover is $10.

Infinite Journey, the Music of Journey will rock Lava Cantina (5805 Grandscape Blvd, 214-618-6893) after a guest DJ starts things at 9pm. Tickets are $25-120 on Eventbrite.com and include a champagne toast at midnight.

The Kessler (1230 W Davis St, 214-272-8346) offers a Dancing & Desserts Celebration with Black Powder Vipers and special guests Amy Thornhill and Todd Blalock of the Terraplane Rounders on New Year’s Eve. Doors open at 8pm, but the lobby is open at 7pm. Tickets are $35-600 on Prekindle.com and include dessert and a champagne toast.

Dan’s Silverleaf (103 Industrial St, 940-808-0008) is doing things early on Saturday at the Greenwich Mean Time New Year’s Eve with Ten Hands and The Brits. Doors are at 3pm, music starts at 4:30pm, and then a countdown and toast happen at 6pm. “We’re done and safe at home by 7:30pm. Leave the local midnight thing to the amateurs!” Tickets are $15 on Prekindle.com.

The Wee-Beasties’ last show of the year is at Rubber Gloves Rehearsal Studio (411 E Sycamore St, 940-594-2207) with Hurts to Be Dead, Nip Slip, and Nygma on Friday. Doors open at 8pm, and cover is $15. Then on Saturday, it’s the RGRS New Year’s Eve with Drakulas, plus BH/BK, Clear Acid, Laughing Matter, Totally Cherry, Trauma Ray, and Venus Twins. Doors open at 6pm. Must be 18. Tickets are $20 presale at Prekindle.com or $25 at the door.

Disco tribute artists La Freak with Triple Lindy will turn the party out on New Year’s Eve at the Glass Cactus (1501 Gaylord Trl, 817-778-2805) starting at 9pm. The dress code is cocktail (black-tie optional), but ’70s-decade flair is acceptable. Tickets are $100-650 at GaylordTexan.com.

For more New Year’s Eve ideas, click here and flip through our NYE Guide.
To submit your event info for our future consideration, email Marketing@FWWeekly.com. 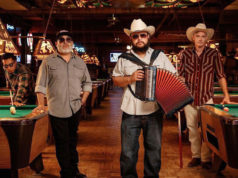 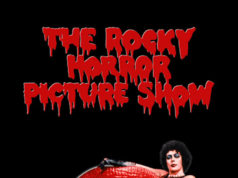