Interstate 35 might not have the hipster cachet of Route 66 or Ventura Highway, but the 1,568-mile road that stretches from Laredo to Duluth, Minn., and cuts through many major Lone Star cities is paved with as much history. 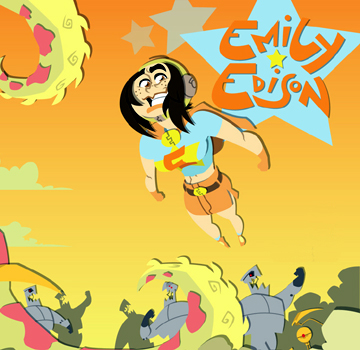 A chronicle of I-35’s existence may not seem like any sane person’s idea of a summer must-read. But Austin-based business consultant Howard J. Erlichman’s Camino del Norte: How a Series of Watering Holes, Fords, and Dirt Trails Evolved into Interstate 35 does fly by.

OK, describing the I-35 corridor as “magnificent,” as Erlichman does here, is a stretch, but in the context of his easygoing writing style and massive repository of information, the modifier honestly works.

The actual construction of the road isn’t as important to the author as what the road represents. (Discussion of asphalt doesn’t appear until near the end of the 296-page tome.) Political upheaval, warfare, car culture — Erlichman nearly seamlessly weaves just about everything imaginable into the corridor’s creation.

Including pre-history. The story essentially begins 10,000 years ago among the ancient peoples who inhabited present-day Texas and Mexico. The author suggests that these nomads forged paths from water source to water source while following herds of buffalo and mastodons. Soon, the people developed agriculture, then communities, then trade, which all attracted the European explorers who helped shape the country today. He doesn’t have any real hard evidence to back up his claims, but through sturdy deductive reasoning he traces the footprint left by early settlers, cattle-drivers, treasure hunters, and stagecoach routes — don’t ya know, what he finds closely resembles the I-35 we now know.

Erlichman waxes academic over how other-side-of-I-35 towns like Belton and Gainesville never became Dallas or Austin. But he’s definitely no mega-development shill: While he does extol I-35’s positive impact on local economies, he loudly decries its deleterious byproducts, notably pollution, sprawl, and loss of city character. Like other progressive city planners, he believes that high-speed rail is the key to I-35’s — and Middle America’s — future.

Not that the book is without some rough patches. Details often become intricate and dense. I mean, who wants to slog through laundry lists of Texas city populations in 1860 (Fort Worth: 350) or read about how much building a bridge cost in the 1920s?

The characters are what primarily keep the narrative motor running, and they’re all worth the toll. Frederick Law Olmsted, Lyndon Johnson, Geronimo, Jay Gould, and Blind Lemon Jefferson are just some of the icons of yesteryear who played parts in the road’s birth and growth. Erlichman does them — and his “magnificent” highway — justice. For more info, visit www.tamu.edu/upress.

I admit: My first exposure to spoken-word poetry decades ago was less than thrilling. I didn’t realize the level of artistry involved until I saw the real deal several years ago at a wake for a teen-age shooting victim. The young man’s name was Javon Walker, and at the time, his family claimed he had been targeted by gangs in his neighborhood. The reason: He’d rather paint and study than sell drugs. The reading was done by a childhood friend who had just been accepted to a nearby Ivy League-caliber school. The title of the poem penned and read by the young writer was “Black Picasso,” and the unaffected, raw force with which he delivered the piece — half-singing, half-arguing — was, frankly, heart-wrenching.

I kind of forgot about how good spoken-word poetry can be until about a year ago, when I saw local Tammy Gomez perform. If you’ve seen her, you know there’s more to the performance art form than just reciting words. There’s movement, cadence, music, drama, everything that great theater can be. If you’ve been interested but haven’t yet visited the weekly spoken-word poetry readings at the Black Dog Tavern (2933 Crockett St.; 817-332-8190), now’s your chance to go, under the aegis of supporting a good cause. On Monday, July 3, members of the Fort Worth Slam Team are holding an event to help raise funds for upcoming regional and national competitions. Last year, the team beat out three dozen other squads from across the country and took third place honors nationally, and Fort Worthian Janean Livingston tied for first overall in the solo category. At the regionals in August, 15 teams, including Fort Worth’s, will head to Dallas to try to earn a trip to Austin for the national finals, to be held later in the year. The Fort Worth Slam Team is officially sanctioned by the competition’s governing body, Poetry Slam, Inc. For more information, visit the homepage of one of Fort Worth Slam’s co-founders Mike Guinn (www.mikeguinn.com).

Stop your whinin’: He’s not going away permanently. He and the artist he works with, Brock Rizy, are merely embarking on a book tour that will take them through Texas, to San Diego for Comic-Con International, to Oklahoma, then back home. The dynamic duo will hit the road on July 1, shortly after a release party for Emily (Viper Comics) from noon ’til 7 p.m. today (Wednesday) at Dallas’ Zeus Comics (Turtle Creek Village, 3878 Oak Lawn Ave., Ste. 100E; 214-219-TOYS).

As for Emily, she’s just your typical superpowered teen-ager torn between her divorced super-parents’ respective multi-dimensional homes and a jealous alternaverse grandfather who wants to get her all to himself by destroying Earth. Rizy’s hip, blocky, graphic design-tinged art is as crafty and wry as the multi-dimensional child custody battle plotline. For more, visit www.antiherocomics.com.