Home News Metro Child Left Behind
SHARE
Facebook
Twitter
When the Rev. Kyev Tatum took his last $1,000 and plunked it down as earnest money toward the purchase of an old skating rink in Mansfield this May, it was an act of passion, not to mention faith. All he needs by July 30 is at least another $399,000, and a bunch of local “left- behind” kids might actually get a new school dedicated to their needs. 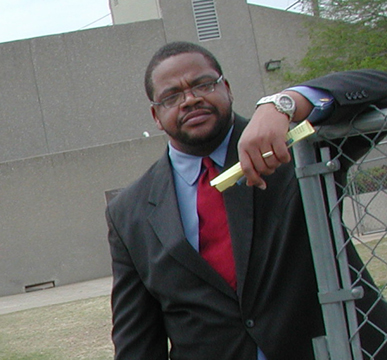 If passion and faith were all it took to get such a school started in Tarrant County, then by fall a private academy or charter school would be set up in that Mansfield building, for kids of all races whose common denominator is “abandonment by the public schools.”

The passion and faith come from Tatum, Baptist ministers Charles Davis and Timothy Garner, and human-rights activist Eddie Griffin. The question is, where will the money come from.

It’s not an easy sell, since Tatum, Griffin, and the others are questioning the benefits of public school integration — a bedrock belief of civil rights leaders for decades and one of the engines of social integration in this country since the ’60s. Possibly the biggest arguments in their favor: recent poor test scores by Fort Worth minority students, compared to the sterling performance of students in a charter school in San Marcos that Tatum helped found.

“Too many of our kids are going from the public schools straight to the criminal justice system,” said Tatum, who was recently appointed to the Tarrant County Re-Entry Council, established by County Commissioner Roy Brooks to help people returning to society from prison.

“It’s clear that the form of desegregation we are currently under doesn’t work,” Griffin said, pointing to consistently low test scores for minority kids here and across Texas.

The men’s first choice is to establish a private campus independent of government money (read: control). If that’s not possible, they will try for a charter school, where governmental controls are looser than in public schools. They need about $400,000 for the down payment on the $2.5 million rink. A grassroots, county-wide organization called Ministers for Education, made up of preachers, educators, and volunteers, is behind the project, called ROOTS Academy (Rearing Our Own To Succeed.) The group — already providing mentoring and tutoring programs in several churches — has an executive board, a detailed plan, nonprofit corporation status, and a lot of enthusiasm, but no investors. If the rest of the money isn’t raised by July 30, Tatum said he would lose the option to buy — and his thousand dollars.

It’s hard to argue with their charge that, 52 years after the U.S. Supreme Court mandated an end to segregation in Brown v. Board of Education, public schools are still failing minority children. Based on the state’s holy grail of accountability, the Texas Assessment of Knowledge and Skills tests, Fort Worth students overall are doing poorly compared to the rest of the state, and minority kids are doing much worse.

In 2005, student testing performance earned the Fort Worth district the second- lowest educational ranking possible, with only 52 percent passing compared to the state average of 62 percent. Local black students’ results were even worse, with only 41 percent passing.

“Eliminating the achievement gap, not just closing it” is new Supt. Melody Johnson’s “number-one priority,” district spokeswoman Barbara Griffith said. Johnson’s plans include a redesign of high school curricula, especially in math and science, where Fort Worth kids do their poorest.

Based on the high number of black and Hispanic kids in Texas who have not been allowed to graduate or be promoted because they failed some portion of the TAKS, State Rep. Dora Olivo, a Democrat from Rosenberg, sponsored two bills in the last session to require school districts to consider other criteria — such as overall grade history and teachers’ evaluations — in deciding promotions and graduations. Both bills died in committee.

Griffin and Tatum say an academy for such kids “left behind” by President George W. Bush’s standardized testing initiative is badly needed, and they believe they have the backgrounds to make it work.

Griffin, 60, raised in a working-poor family in segregated Fort Worth, was a civil rights worker, one of the first black students to enroll at what became the University of Texas at Arlington, and then turned 180 degrees to become a bank robber who spent years in prison and came out an outspoken advocate for prison reform and a mentor to young black men (“Mean Streets to Peace,” March 22, 2006). He served on the planning committee that helped Trimble Tech High become the first high school in Fort Worth to receive the state’s exemplary rating.

Tatum, 35, grew up with a single mother and nine siblings in a low-income Fort Worth housing project. In 1993, two years after graduating from college (financed with a football scholarship), he and his wife, Martha Tatum, founded the Texas Preparatory School in San Marcos, which became one of the first successful charter schools for disadvantaged kids in the state. It has received kudos from the state comptroller’s office, a number of state legislators, and Texas A & M University for its academic excellence. Tatum became known in Austin as an outspoken lobbyist for education reform and was appointed to the board of Austin’s Region XIII Education Service Center, the first charter school representative on that board.

Returning here in 2004 after the breakup of his marriage, Tatum ran Donovan Wheatfall’s successful city council election campaign. At city hall, he had an encounter with Mayor Mike Moncrief that still rankles. Tatum said the mayor, whom he knew from Moncrief’s time as a state senator, pulled him aside and told him, “Behave yourself.”

“It was an insult. It was like, ‘We’re not in Austin anymore, we’re on my turf,’” Tatum said. “But it gave me a good understanding of what blacks are still up against in this town, [that] the plantation mentality is alive and well.”

The public schools, by consigning minority kids to a substandard educational system, Tatum and Griffin said, reinforce that mentality, sending the message that they are inferior. “What do you think our kids think when the only time they learn anything about our great black history is during one month in February?” Griffin said.

Establishing a charter school would allow the group to set its own curriculum. Charter schools operate on a similar budget to a public school, but with fewer guidelines and mandates than regular public schools, except for standardized tests. Charters receive state funds based on enrollment, can’t charge fees for attendance, and must accept any and all students up to their capacity. Private schools, on the other hand, receive no state funds, charge tuition, and cherry-pick their students.

Charter schools carry no guarantee of success. Many have failed or experienced serious problems. One study noted that charter schools are more severely under- funded than Texas’ public schools. They are already minority dominated — with 80 percent minority students compared to 57 percent in public schools.

Six of Texas’ 215 state-approved charter schools operate in Fort Worth, and some question the wisdom of opening more. One of those skeptics is the Rev. Michael Bell.

More than a decade ago, Bell and his group, the Local Organizing Committee, were asking the same questions Tatum and Griffin pose today. They raised hell for years about the wide gaps between the quality of education for poor children in minority neighborhoods and for white kids in other schools. Bell even called for an independent black district to be carved out on the city’s East Side, a district that would hire its own teachers and teach black history year-round.

That never happened. But when Bell and his fellow protesters took to the streets, picketing in front of Tanglewood Elementary School in one of the city’s toniest, predominantly white neighborhoods, it wasn’t long before the school district, led then by Supt. Tom Tocco, caved in to some demands. The district promised to increase multicultural materials, diversity training, and the numbers of minority students in high-academic classes and minority teachers overall and to report regularly on the educational progress of low-performing students. And black children would no longer be put into special-education classes in disproportionate numbers to white students.

While some of Bell’s objectives have been met — attempts have been made to hire minority teachers and provide more diversity training, and fewer minority kids are getting lost in special ed — test scores indicate that little else has been accomplished. The district’s 2004 report to Bell was a cautionary tale: Between 1998 and 2004, SAT scores decreased for all minority students in Fort Worth, while white students’ scores increased.

Bell said Johnson has admitted to him that the previous administration had spun the data to show progress where there was none. He sees the admission as a big step but wonders how much progress can happen without more far-reaching personnel changes. Johnson is trying to “negotiate change in the midst of that environment, but I don’t know if that can be done with the same administration in place,” he said.

“The public school system is answerable, but that does not deny the significance or the potential worth of a charter school if done properly,” he said. But he is focused on working with the public schools to “make them do what they are supposed to do.”

Tatum acknowledges Bell’s efforts but says they haven’t fixed public schools. He compares the Texas education system to a factory that is losing half its product: Instead of buying more efficient machines, the operators just keep building bigger factories to house the faulty old ones. The analogy is the point of convergence for Tatum and Griffin.

The two couldn’t be more different in politics and philosophies. Tatum is a Republican who advocates for vouchers and charter schools and agonizes over raising the money to start the academy. Griffin is a life-long Democrat who “works both sides of the aisle” when necessary, managed to work with the scandal-plagued Tocco administration, and has faith that the money will come.

Both agree, however, that one academy won’t come close to providing a new beginning for all the at-risk kids in Tarrant County. “But it will be a model for others to follow,” Griffin said — if they can find almost half a million dollars to make that model happen.