Home Arts Books Universal Hope
SHARE
Facebook
Twitter
As a genre, gay fiction came into its own in the late ’80s/early 1990s, but the coming-out party felt more like a wake. The terrorizing effects of AIDS provided a generation of homosexual men with grand themes like mortality, degradation, redemption, and mercy wrapped up in a box with a big, funeral-black bow on top. Novels like Eighty-Sixed and The Irreversible Decline of Eddie Socket cast the urban gay ghetto as death-haunted and shell-shocked (and accurately so), which served to seal gay culture up even tighter from the larger currents of American life. 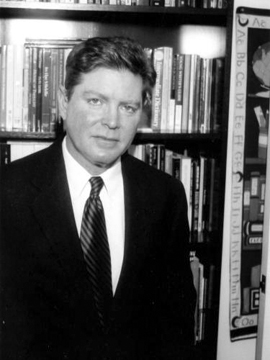 Fast forward a couple of decades, and gay fiction is starting to reflect the same integrative tendencies that movies like Brokeback Mountain and tv shows like Rescue Me and Six Feet Under harbor: the urge to weave gay lives in with the rest of the human family. The radical queer segregationists of the 1970s are turning over in their graves (a place where many of these giants, tragically, arrived too early) as novelists like E. Lynn Harris and Christopher Rice (Anne’s kid) write popular fiction aimed at gay and straight audiences alike. For years, gay activists wanted you to think that homo life was exotic and “fabulous,” but now the secret is out: The rank perils of homophobia aside, gay life is as compelling and unpredictable as straight life for many of the same reasons. And as far as AIDS goes, the horrifying spoils of the epidemic are now being shared by increasing numbers of straight folks, particularly African-Americans and Latinos.

Along comes the debut novel by Dallas-based author Mark Lee Kirchmeier, The Province of Hope. It could be labeled an AIDS story, though that disease is only one of the book’s primary concerns. A large section of the narrative takes place in the Dallas neighborhood of Oak Lawn in the late 1980s, so it certainly aims to explore the eccentric edges of the lavender bubble. On the surface, The Province of Hope is as gay as a Wham! song, except that Kirchmeier’s clean, graceful, and economical prose owes more to Chekhov than to Edmund White. He writes sentences to be savored, and while this book will likely get dismissed by the larger population as “just for the gays,” the author employs a tone that is so humane and generous that it universalizes the experiences of its sexual-minority characters. It is, so to speak, not a gay novel, but a novel about gays, their friends, and their families. The writing, and not any specific political perspective, comes first.

These days, many first-time authors over-stylize their prose to hide the fact that the stories being told are rather thin. Kirchmeier clearly has confidence in his characters and errs on the side of simplicity. To the reader, the author confesses that many of the experiences of lead character Johnny Verbleit, a bipolar would-be writer medicating himself with booze and pot, reflect those of his own past. Province opens in 1981 with Johnny taking random classes and spinning his wheels at the University of Texas at Arlington. His best friend Anne hooks up with Robert, a moneyed Northeastern transplant pursuing a medical career in Dallas. Robert, it turns out, has a life plan based on that classical (and classically selfish) Greek model: Get a wife to bear your children and attend to your affairs, but retain a male lover for affection and “the exchange of ideas.” His character is, to say the least, manipulative, and Johnny – whose manic episodes eventually drive him to a psychotic break – is neither sane nor sober enough to see it.

The second part of the book finds Johnny chasing Robert back to Massachusetts, where the mercurial bisexual has returned to intern as an anesthesiologist. For the novel’s third and final part, Kirchmeier switches to first person-voice, as Johnny quits Robert, returns to Dallas, finds the meds he’s long needed, and proceeds to translate his experiences into a work of fiction (called, natch, The Province of Hope). He also loses a mentor to AIDS and finds the love of his life in the form of a callus-handed, no-bullshit butcher. By this point it becomes clear that Province has been deliberately structured. The first two sections were written by Johnny, about himself, in the third person. The sometimes amateurish tone that mars them, then, is deliberate, as the relaxed mastery of the third part demonstrates.

All of this may make it sound like Province is ready to be adapted for Bravo, but the power is in the prose, and at his best, Kirchmeier is both intimate and serenely detached but never less than determined to locate the telling detail. Protagonist Johnny shacks with his indecisive first lover in Cambridge, in an apartment building next to a furniture factory: “He got drunk in the kitchen while watching the men in the factory next door. They seemed happy in their labor, cutting and polishing the cherry-colored furniture, and never once looked over into the flat. They suddenly made Johnny feel effete and idle — the one who gets killed in a Communist revolution.” Or this description of a young man enjoying marijuana in the company of his first serious crush: “When they entered the flat Johnny was so stoned that familiar things seemed odd, like he had been gone a long time. Robert put on Brahms, and Johnny could hear every instrument separately.”

The Province of Hope is not a masterpiece. It’s episodic, some supporting players could stand to be fleshed out, and Kirchmeier doesn’t quite master his ambitious three-part point-of-view experiment: He doesn’t sufficiently clarify that the first two parts of the book are Johnny’s early attempts at autobiography. But he achieves unvarnished greatness in enough scenes to make you wonder just how high his stunning powers of observation will take him and the reader in future novels. He’s sitting on a talent that is literary if not yet mature. In an interview with the Dallas Voice, the author credited the right bipolar medication with finally allowing him to sit still long enough to write. Right now, the potential of that newly achieved chemical balance appears limitless, certainly enough to carry his work beyond the binary labels of “gay” and “straight” to a place of truly catholic sympathies.