Home Music The Show The Backsliders
SHARE
Facebook
Twitter
Funny how a lot of melodic rockers seem to require an angsty outlet. When he’s not with The Burning Hotels, bassist Coby Queen spends some time with The Red Herrings, a garage-based R&B band that’s raw and ragged where the Hotels are neat and sharp. 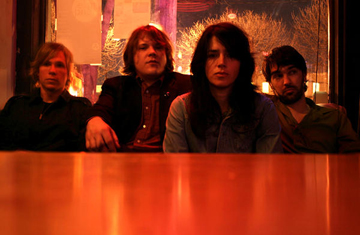 Bassist Nolan Thies also got himself a similar musical punching bag. He’s joined vocalist Kim Pendleton and guitarist/vocalist Chris Bonner to form The Backsliders. A rough-and-tumble, bluesy, R&B-ish rock outfit, the ‘Sliders are nearly diametrically opposed to Thies’ two biggest employers, John Price and Jeff Price, probably the only two North Texas performers unabashed in their pursuit of adult-pop perfection. Based on a few listens of The Backsliders’ debut e.p., Thies seems, well, contented — with his playing and his knob-twiddling. The twentysomething former bassist for smooth chanteuse Lauren Fine produced and engineered the record, at Bass Propulsion Laboratories, the home of, that’s right, Lauren Fine, John Price, and Jeff Price, among others.

When The Backsliders play Saturday at Dan’s Silverleaf in Denton, chances are you won’t even notice Thies. He’s a bass player. He hangs around in the back of the stage. Which is all OK, because former Vibrolux frontwoman Pendleton has Janis Joplin’s voice and a hot biker mama’s charisma.