Home Music Listen Up Randy Rogers Band
SHARE
Facebook
Twitter
Every decade or so, a new regional renegade comes along to symbolize Texas Music’s swaggering side, a la Jerry Jeff Walker in the 1970s, Robert Earl Keen in the ’80s, and Pat Green in the ’90s. Who will we look back on and consider the Rowdy Yahoo for the ’00s? Despite what record labels and public relations companies think, they don’t get to decide for us. 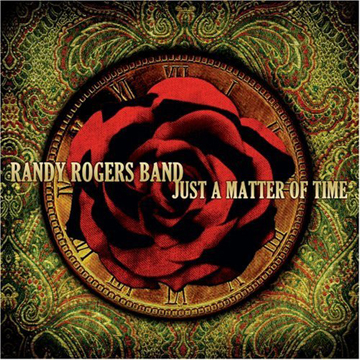 The industry can make stars out of lame-o hacks, but only the Lone Star court of public opinion has the power to choose an era’s most symbolic Outlaw. Charlie Robison, Roger Creager, Jack Ingram, Jason Boland, and a few others have made strong pitches, but it’s beginning to look as if the double-ought era might ultimately belong to Cleburne’s pride and joy, Randy Rogers. The success of a couple of homegrown early albums, including a live one at Billy Bob’s Texas, propelled Rogers toward the Big Nashville Record Deal. Fans who wondered whether Music City would corrupt his music can rest easy. Just a Matter of Time is a powerful piece of work, from the melodies and lyrics to the instrumental performances to the recording quality. Rogers struck gold when he teamed up with Nashville veteran Radney Foster for 2004’s Rollercoaster, and the two reunite here, with Foster producing and co-writing four songs. And that’s one of Rogers’ strong suits — he’s a solid musician and songwriter who isn’t afraid to sing covers or solicit co-writers for inspiration. He wasn’t even involved in writing the album’s surefire hit single, “Kiss Me In The Dark.” That’s a sign of maturity and survival. The current crop of Red Dirt and Texas Music groups are so intent on penning their own songs and giving fans exactly what they want that their music often suffers from a sameness and lack of surprise, which will kill a musical movement quicker than you can say Urban Cowboy.