Home Music The Show South FM
SHARE
Facebook
Twitter
First off, good things’ coming to an end is sad, and South FM co-founder, guitarist G.I. Sanders, will be leaving the North Texas band after a hundred years. He will honor show dates through October. 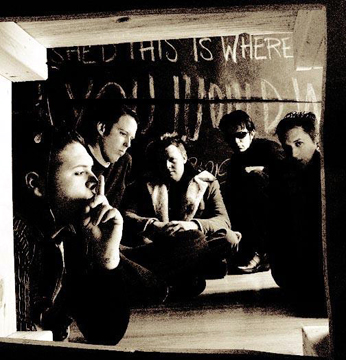 Second, South FM is solid. Even though they exhibit self-mythologizing Blue October-ish tendencies, the North Texans do not suck. The same can’t be said for Houston’s B-O (that’s a capital “B” followed by a capital “O”!!!).

Getting a handle on a B-O song is like trying to catch a greased eel with your feet — there’s nothing to grab hold of. Just a bunch of serpentine, slicker-than-shit changes and riffs. South FM, though, makes straightforward, no-nonsense alt-rock. The beats are good, the melodies are good, and the hooks are often big enough to snag, well, a greased eel.

There’s more. B-O’s frontman is a pretentious, self-serious egomaniac who has said that because he is bipolar, he has a license to write songs about how bad he’s feeling. In other words, aspiring songwriters, leave the dramatic stuff to Justin or Jordan or Jacob or whatever his name is. Only he can handle it, ’cause he has doctor’s orders.

Earth to Josh: We all have a right to write songs about how bad we’re feeling, and none of them is any more or less legitimate than your masturbatory pieces of bullshit. A song isn’t a memoir, jerk. It’s fiction, not journalism.

South FM singer/lyricist Paco Estrada has had some hard times, sure. But he’s mature enough to know he’s indulging in a little self-pity now and then. His voice also bears a striking likeness to B-O’s Jared, except Estrada wrings emotion from actually singing, not just yelling into the microphone. (Earth again to Jason: Yelling does not always equal emotional pain! People yell when they stub their toes, too. It’s what you say in the context of smart music that matters. Not just how you say it. Dumbass.)

Long story short: Blue October sucks pond water, and no one’s sure why they’re played on the radio and 9 zillion other, more talented bands, including South FM, aren’t. Life’s just not fair.