Home Calendar Big Ticket Lots of Plots
SHARE
Facebook
Twitter
The KinoMonda film series at TCU does something unprecedented this Wednesday. The organizer is presenting a double bill of movies from across the Atlantic, markedly different in tone but both containing multitudes of characters. (Also, both were made in 2003. We’ll assume that’s just a coincidence.) 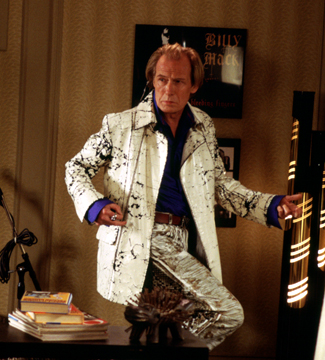 Richard Curtis’ Love Actually didn’t make the splash that many people thought it would, but there are still savory things here ranging from Kris Marshall’s adventures in America to Billy Bob Thornton as the President of the United States to Bill Nighy as a washed-up rocker. (“Hiya kids. Here is an important message from your Uncle Bill. Don’t buy drugs. Become a pop star, and they give you them for free.”)

If that movie leaves you overdosed on holiday cheer, the antidote is John Crowley’s Intermission, a rowdy and bracingly unsentimental Irish dramedy that starts with Cillian Murphy’s supermarket clerk being dumped by his girlfriend (Kelly Macdonald). The darkly comic plotlines reach into all corners of Dublin and encompass a vigilante cop (Colm Meaney) starring in a reality tv show, a small-time crook (Colin Farrell) planning a bank robbery, and a silent, inexplicably mean little boy who affects the plot by throwing rocks through people’s windshields and sending them to the hospital. Let’s hope this movie’s shown with the English subtitles turned on — between the thick accents and bits of Gaelic slang dropped in the dialogue, we’ll need them.