In response to one of my recent columns, about the aggressive architecting of Big D (“Alarming Heights,” April 11), the forum at John Roberts’ award-winning FortWorthArchitecture.com lit up. 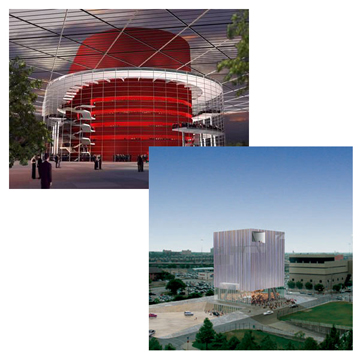 And — amazingly, for such a “lazy” article, according to one contributor — the forum continues fielding responses. Naturally, most of them are sober and informative, even the ones in opposition to the chief tenet of my argument, that Dallas is quietly becoming an international public architecture mecca and will have staying power while Fort Worth is being sold down the Riverwalk and might be reduced to a soggy tourist destination. For the record, as much as I love gazing thoughtfully upon a placid body of water before heading off to an Andy Williams concert, I’ll be happy if I continue getting my water-‘n’-Andy fix only in Branson, Mo. And as much as I love boozing on dollar Hurricanes at frat bars and trying to capsize gondolas, I’ll be happy if only San Antonio continues to afford me the pleasure.

FortWorthArchitecture.com’s forum, predictably, has a few stupid, intellectually inadequate loudmouths who are there seemingly only to launch petty and wildly assumptive personal fatwas. “Yo,” redhead, yes, I am Italian, and, yes, I speak like Rocky Balboa. Yes, Sam Stone, I once worked full-time as a writer/editor at Architecture magazine in the Big Apple and I live in a roofed structure among many other roofed structures — I think I know enough about architecture and whatnot to engage the general public. Not the Foucault-reading public. The general public. (However, Mr. Sam Stone, I must admit that I didn’t know that having a soft spot for Modernist public architecture is a capital offense. Sigh! Guess I’ll have to turn myself in to the Taste Police.) And, yes, AndyN, I do have poor self-esteem. Incredible, how well you three complete strangers know me!

The moral of the story: Though intended primarily for romantic puffing of the professorial pipe and untrammeled gas-baggery, FortWorthArchitecture.com’s forum is an invaluable cultural resource, especially since it’s one of the only — if not the only — virtual locales where esthetes can pick and prod one another’s brains. The closest we have to a visual arts forum are the comment sections at Glasstire.com, an online Austin publication that covers Texas. (And you think some of FortWorthArchitecture.com’s posters are full of hot air, big thesauruses, and bad intentions?! You ain’t seen nuthin’ ’til you’ve spent a few seconds in The Octagon, a.k.a. Glasstire.com. I’m talking, like, left hooks and roundhouse kicks coming out of your computer screen.)

As for the other fine arts in town, I haven’t discovered any solid forum dedicated to ballet or contemporary dance. Same for theater, jazz, and classical music. But then again, I’m lazy. There’s one specific, recurring topic in the “Alarming Heights” thread that I would like to address. To many respondents, comparing Fort Worth to Dallas — or one city to another — is a fool’s errand. Suggesting that there’s some sort of rivalry between Cowtown and Big D is an even bigger affront to reason. But twin cities such as Minneapolis-St.Paul, Winston-Salem, and Fort Worth-Dallas aren’t “normal” metropolises. Especially in regard to a potential visitor or resident’s perception of the city, twin cities must be evaluated differently, meaning that one twin cannot be assessed as a place in which to live or sightsee without considering the other. The identity and vitality of each depends on the cross-pollination of ideas and, more significantly, location-specific cultural resources. We have the Cultural District and are either loved or envied by Dallasites for it. Dallas will have an enormous, spellbinding performing arts complex and will be either loved or envied by us for it. (The normal folks, not caring about city limits and hotel-motel tax income, will be glad just to have more cool stuff in the region.) Each twin feeds off the challenge of meeting or surpassing the other’s cultural resources, for the sake of fueling the health of the entire region.

My hope is that we continue upholding our end of the bargain. Otherwise, we’ll be letting everybody down.