Home Calendar Big Ticket All Eyes on the Frau
SHARE
Facebook
Twitter
The Fort Worth Opera presents the most anticipated event of its Festival at Bass Performance Hall, with the world premiere of Thomas Pasatieri’s Frau Margot. 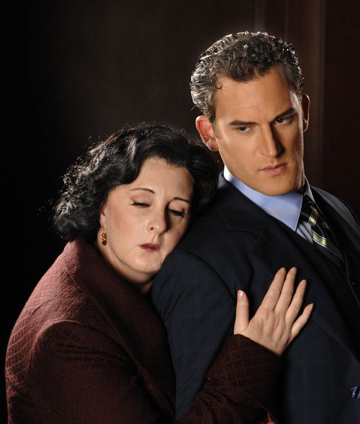 The performance of the piece, the composer’s first opera in 20 years, with a libretto by the legendary Frank Cosaro, is a major event in the opera-loving world. Basing his work on a story Cosaro heard years ago from the young Leonard Bernstein, the writer changed the names of the people involved and turned the episode into a viable libretto. Bernstein, it seems, approached Helena Berg, widow of composer Alban Berg, for permission to complete an unfinished opera that Maestro Berg left behind. “I’ll have to ask Alban,” she reportedly said to the amazed young musician. “Come back next week.” After consulting a psychic medium, she went back to Bernstein and said, “Alban says no.” Bernstein never got to work on the score. From this idea, Cosaro’s story unfolds. The writer will also direct the production. He and Pasatieri first collaborated on the composer’s The Seagull for the Houston Grand Opera back in 1974. Soprano Lauren Flanigan, a major operatic figure today, will sing the title role, with Joseph Illick, Fort Worth Opera’s music director, conducting the Fort Worth Symphony. Sat at 555 Commerce St, FW. $15-142. 817 731-0726-Leonard Eureka