Home Music Listen Up Black Light Burns
SHARE
Facebook
Twitter
Ex-Limp Bizkiteer Wes Borland still is trying to outrun his rock-rap past, and with his new outfit, Black Light Burns, he manages to distance himself a little. 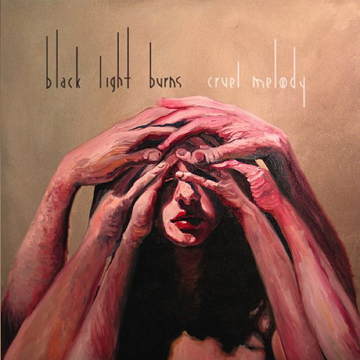 But Cruel Melody, Black Light’s debut, is too clichéd — and too much like Trent Reznor’s brand of destructo-disco — to get him anywhere. (Part of blame may have to go to producer and ex-Reznor croney Danny Lohner. Unless you’re a diehard Borland fan, you’re better off with Reznor and Nine Inch Nails’ classic White Teeth.) Listen no further than “4 Walls” and “New Hunger” for the familiarities to jump out at you, and, not to beat a dying horse, but if you’re going to be a thief, best to rip off someone who has effectively disappeared from the listening landscape, not someone who, like Reznor, has just released a career record, with YearZero. But that’s Borland for ya: first jumping on the Korn bandwagon alongside fellow Bizkiteer and punchline Fred Durst, then robbing the tomb of Mike Patton’s Mr. Bungle, and now fucking Reznor like an animal. A top signing to once-revered producer Ross Robinson’s I AM: Wolfpack label, Black Light Burns isn’t bad, just forgettable. Sometimes pet projects need to stay in the hard drive.-Justin Press