Home Calendar Big Ticket Nighttime Showings
SHARE
Facebook
Twitter
With two brilliant and provocative movies opening on Friday (see Film page), it’s good that the two other most interesting film-related local events are taking place on Thursday, so you won’t have to miss out. 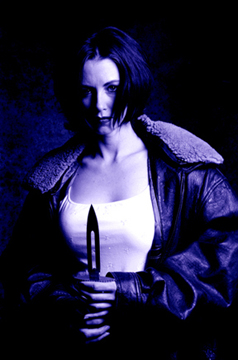 Lone Star Film Society’s Open Screen Night features an evening with Fort Worth horror-meister Jon Keeyes. In addition to a screening of his 2001 favorite, American Nightmare, the event will also feature a Q&A session with the director, as well as a showing of the trailer from his latest slasher flick called Fall Down Dead, which stars Dominique Swain, Udo Kier, and Keith Carradine. If your taste in movies is somewhat less bloody, then you might want to attend Stars Under the Stars. This is the first in a monthly series of movies set to run through the summer, with the films shown outdoors in the middle of downtown Fort Worth, projected onto a giant 50’-x-40’ screen at the Chisholm Trail parking lot. Will moviegoers be able to hear the soundtrack in that environment? That remains to be, uh, heard, but you’ll be able to test that out (as well as bring your own blankets and folding chairs) when they screen George Roy Hill’s Butch Cassidy and the Sundance Kid. Hope the song “Raindrops Keep Falling on My Head” doesn’t refer to the weather that evening. Open Screen Night is at 7pm Thu at Rose Marine Theatre, 1440 N Main St, FW. Tickets are $5. Call 817-735-1117. Stars Under the Stars is at dusk Thu at 4th & Main sts, FW. Admission is free. Call 817-255-5700.