Someone tell J.R. Ewing that the Texas city he helped make famous is being knocked off the marquee for an even better soap opera. (Cue the music). It’s Mansfield that surely will be topping the melodrama charts over the next few months.

And while the political cat-fighting in and around that city’s government doesn’t quite compare to the intrigue of who shot J.R., a video of the council meeting last week would probably be an instant local bestseller, if they put it on the market.
During the especially tense meeting, four people stood in front of the council chambers and called for Mayor Barton Scott’s resignation – including one woman who waved a copy of Fort Worth Weekly’s Nov. 7 issue, with its caricature of the mayor as St. Sebastian, shot full of suction-cup arrows. Two others submitted cards echoing her call for the mayor to step down.

However, not everyone in the throng wanted the mayor’s head on a stick. Three people stood up and spoke on Scott’s behalf. Two of them were his mother and his wife. The already war-torn Scott, who was only elected last May, has drawn criticism over his proposed sexual predator ordinance, which many believe is poorly thought-out, his door-to-door petition drive to get the thrice-defeated ordinance on the ballot, campaign finance issues, and – most recently – for going public with a proposed $45 million events center, plans for which were discussed during an executive session.

Former council member Marvin Kahlden was the first actor in this premiere episode, imploring Scott to “do the honorable thing and resign as mayor of this city.” During the rant, Scott tried to cut Kahlden off, saying that he had exceeded his allotted five minutes, for which Scott later apologized.

The fourth speaker to call for Bart to go bye-bye was so inspired by the Weekly cover that she read a satirical prayer to St. Sebastian she had composed, which accused Scott of confusing his position as mayor with that of king, of lying, and of “not playing well with others,” among other things.

But the mayor’s contingent was far and away the most entertaining. The mayor’s mommy wagged her finger at the council for what she dubbed name-calling and uncivil behavior, then gave her son a little encouragement. “My wish for you is not to resign; I know what you stand for,” she said. “Keep on knocking down what gets in the way.”

His wife, Amy Scott, had the final word on whether her husband should resign. “We will do what is in the best interest of our family,” she said, and lashed out at the council and the others who had previously spoken against him. When she started addressing the crowd her husband had to remind her to “address the council, honey.”

“All of you should be the kind of hard-working, honest councilmen my husband is,” she said. “We’ll have a good story to read in the morning, won’t we, honey?”
For his part, the mayor addressed the Weekly by name. “I can tell you that that story is full of misquotes and errors. I cannot control what a reporter writes,” he said.

“There is blatant misinformation in that article.” He went on to say that many of his quotes were taken out of context – the same complaint he has made about the Fort Worth Star-Telegram and virtually every other news source that has covered his train wreck of a term. 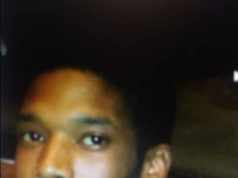