Home Music Music Feature Solo Voce
SHARE
Facebook
Twitter
Ad-libbing a new ending to a Mozart concerto changed Jordan Critz’ world – not to mention his standing in the piano competition in which he was playing. 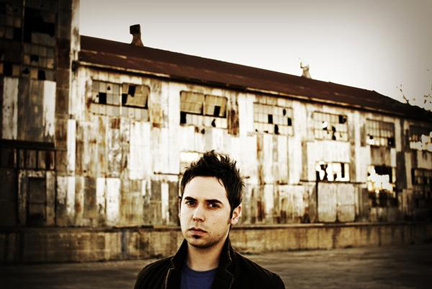 The Fort Worth singer-songwriter laughs now at his split-second decision, as a teenager, to riff on the work of the 18th-century master. “I started improvising,” Critz said. “Well, you’re not supposed to improvise with Mozart. The judges weren’t happy.” Though the moment didn’t earn Critz a victory, it did signal that he was getting restless with the technique-intensive world of European classical piano and guitar in which he’d been training and practicing since he was seven.

Since then, Critz (pronounced like “heights”) has donned and doffed a series of musical guises. His whole life suggests he’s been searching for the right stylistic fit. He’s gone from classical music prodigy to Christian musician to producer to composer to ad jingle writer and to, finally, at 26, a multi-instrumental, ’90s pop-inspired solo act. Practically the only thing he hasn’t been is a wedding singer, and shortly before our interview, Critz was preparing to croon at a friend’s Saturday evening nuptials. “Don’t put that I’m a wedding singer,” the good-natured Critz insisted. “I’ve seen the movie.”

Anyone who’s heard his 2007 debut CD, Nightlights and Melted Ice, would not mistake him for Adam Sandler. Critz’ earnest, breathy, raspy vocals charge through the tunes, whose moments alternate between heavy, ringing guitars and delicate keyboard splashes. The instrumental sequences stay grounded in his anthemic melodies. He admits that hope is a theme he wants to put across – hope in daily confusion, hope in genuinely dark times – and he has come to that place after much musical wandering. Critz’ father majored in opera singing at the University of North Texas, and although Dad later took a corporate job, he occasionally performed in local musical productions in the region. The family’s Fort Worth home was filled with traditional European music, mainly opera and classical, which probably fired Critz’ ability to play melodies by ear on the piano at a young age.

But playing by ear, he said, “can only get you so far – you have to learn the notes to go forward.” Crtiz did, and he also got involved in the various non-denominational churches his parents attended, especially Cross Timbers Community Church. Critz was sometimes asked to play hymns during services, but he was also earning money as a teenager at other, secular gigs: tickling the ivories at hotels, restaurants, and at the Fort Worth health food haven known as the Sunflower Shoppe.
Critz became deeply involved with “worship music” or music in which Jesus is the one and only theme. He performed with Christian rock bands like Destination Known and played inspirational tunes at evangelical conferences around the state. He didn’t hesitate to call himself a “Christian artist” back then, although he was also listening to supposedly “godless” acts like Counting Crows, Third Eye Blind, and matchbox 20 – with fervor.

Upon graduation from a private Christian high school in Fort Worth, he began to study audio engineering and recording at Cedar Valley Community College in Dallas. At the same time, he started working at Green Room Productions, a Dallas studio where he was introduced to the world of advertising. One of the studio’s specialties was producing and recording jingles. Critz has written snippets of original music for TV commercials for Porsche, Mini-Cooper, and the doc-in-the-box chain Care Now. Writing his own music made him seriously contemplate the Christian-pop label. He eventually came to feel it was too restrictive. Indeed, Nightlights and Melted Ice is full of lyrics about hope and redemption – he’s still very much a believer – but there’s nary a specific religious reference on the CD.

“I still write songs about God, but I also write songs about crappy breakups with girlfriends,” said Critz. “Christian-pop music has kind of a bad rep. Some of that’s unfair, because there are talented people [playing it], but I don’t listen to it much anymore. Some Christian songs you hear, you think, ‘Wow, that was a great sound – 20 years ago.'” The present (rather than the afterlife) is Critz’ focus now. In February, he will fly to Los Angeles to do production work on the Capitol/Virgin debut of his close pals, fellow Fort Worthians Green River Ordinance. (He produced two songs on their last record, an EP.) He also recently scored two independent films shot in the Tarrant County area – they’re still in the editing phase. And he’s anxious to start working with another client: Jordan Critz. Since Nightlights and Melted Ice was released late last year, he has not had any time to promote the record or play live. He hopes 2008 will be different.

Summing up his own varied musical palette, Critz said, “I’ve never put levels on music. I don’t consider classical to be more elite than pop. There are techniques and passages in pop songs that echo classical compositions, and a lot of people don’t realize it.” Well, maybe he does indulge in a little musical snobbery. “Wedding singer,” he vows, will never appear on his resumé.