Home Calendar Big Ticket Great Scot
SHARE
Facebook
Twitter
It’s a great day for America, everybody, and we’ll tell you why: Craig Ferguson is at Bass Hall this Saturday. 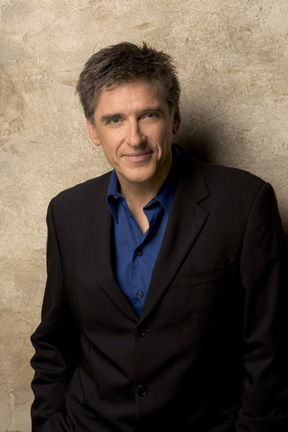 Only in the last couple of years have we Statesiders begun to truly appreciate the genial 45-year-old Glasgow native. After starting out as a drummer and guitarist for a punk band called Bastards From Hell, he carved out a successful career as a stand-up in the U.K. He struggled to impress, however, once he took his career to America in the mid-1990s, portraying Drew Carey’s twittish boss on The Drew Carey Show and DELETEing and co-starring in a string of forgettable comedy films such as The Big Tease, Saving Grace, and I’ll Be There. He also directed that last one, casting himself as a fatherly foil for the flash-in-the-pan girl soprano Charlotte Church (who, by the way, now hosts her own talk show in Britain and is getting poisonously bad reviews).

Since he took over CBS’ The Late Late Show precisely three years ago from another Craig (Kilborn, who hasn’t been missed), it’s been a totally different proposition. Rather than firing off salvos on a bunch of topics like Jay, Dave, and Conan, his nightly monologues riff for 10 minutes at a time on a single subject. This, plus his whimsical British sensibility, has provided a gentler alternative in a late-night TV landscape dominated by brash Americans. Ferguson scheduled this gig before the writers’ strike freed him up. The fact that the FCC won’t be watching him will undoubtedly free him up to turn the air as blue as St. Andrew’s cross. We can only hope.