Why is everybody so nostalgic all the time? 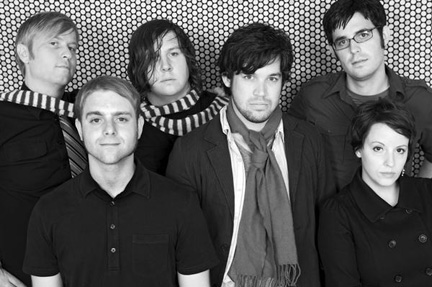 Are they worried that nothing in the present or future will be as good as what happened yesterday? Or 20 years ago? I dunno, but if you’re prone to flights of nostalgia and you’re in a band, looking backward becomes even more peculiar, because you are practically obligated to ape your forebears but, like, add something to them, ya know? (“Our band’s, like … no, see … we’re like U2? but with a Bloc Party vibe?”) The trick is to make the repetition more of a nod than an outright homage. Unfortunately, for the Dallas quintet The Crash That Took Me, the wrong side of that subtlety tends to rule. On the band’s new album, Orchestrated Kaleidoscopes, there’s a galaxy of swirling highs, but the references are pretty glaring.

Opener “Faster Than Light” wouldn’t sound out of place on Yo La Tengo’s Painful album, which is not a bad thing, mind you. But hearing it in the context of an entire album riddled with sonic quotations of later-Jesus and Mary Chain and early-Smashing Pumpkins, you start to wonder whether the TCTTM folks have bought a new CD since 1996. On the other hand, if you were eight years old in ’96 – and thus untouched by the post-rock craze – then Orchestrated Kaleidoscopes may leave you in fuzzed-out awe.

The songs sail on the soaring and harmonious dual vocals of guitarist Dylan Silvers and bassist Fatima Thomas. The fact that they are somewhat unassuming paradoxically enhances their stellar ambitions. The rhythms are driven – hard – by drummer Eddie Thomas, while Beau Wagener, Matthew Treon, and Seth Bohlman employ guitar and piano to paint lush soundscapes. All four of the latter musos are full-timers in a host of North Texas experimental-pop bands, including Black Tie Dynasty and the now-defunct Macavity.

Kaleidoscopes does serve up quite a few moments of shoegazer gold. “Julienne” is expansive and romantic, and it leads into the Pumpkins-esque middle act, which manages to be both sunny and somber, culminating in exploding, blissful distortion. As the record winds down with the understated beauty of “Intervals of Form,” you are left with a sort of nebulous hopefulness that will send you to start the record over again. In other words, expect to listen to Orchestrated Kaleidoscopes from start to finish. The Crash That Took Me is not reinventing the wheel here, but at least they’ve put some nice rims on it.-Steve Steward