When local folk-rocker Daniel Katsük decamped for Boulder, Colo., a year ago, he was looking forward to a new start. 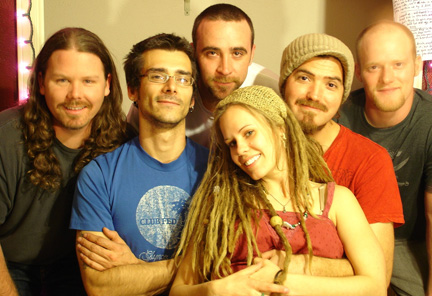 After adjusting to the thin air, the young veteran singer-songwriter assembled a full band and set out to do something he’d always wanted: to fully orchestrate his mostly acoustic compositions. The result, he said, was “intoxicating.” Unfortunately, though, things started to fall apart. “We were all going in different directions,” he said. “I was tired of struggling to make it work, so I ended up disbanding the group. I was ready to do it on my own. “Colorado was a time of very powerful lessons,” he continued. “In the last year and a half, I’ve been through dramatic experiences with bands. It’s very stressful. … I didn’t want to go down that path again.”

Compared to Boulder-Denver, North Texas looks like local-music nirvana, he said, noting that so many great touring bands go through Colorado’s capital that most non-mainstream local bands have a hard time drawing big crowds. Fort Worth, on the other hand, he said, is a “great music scene, with great bands and great people. … This is a very genuine place.” He moved back about a year ago. “This is my home,” said Katsük, who grew up here and still has family in the area. “I call it the ‘Magnet-plex’ – I keep trying to leave, but I keep getting pulled back.” When he was in Boulder, Katsük was always coming back here, not just to play but to lay down tracks on his recently released third album. He recorded Out in the Wind both here and in Colorado.

He happened to be in town visiting on New Year’s Eve – specifically, at the Cultural District’s Blue Grotto – when one of his favorite bands of local musicians was playing. Little did Katsük know that Sally Majestic was also somewhat in flux. The trio had been broken up for nearly a year before reuniting a few months before the New Year’s gig. Guitarist Scott Vernon said that he, bassist P.J. Fry, and drummer Tim Cowdin just needed a little break. “We didn’t want to quit playing with each other,” he said. “We love each other so much.”

The three guys and Katsük, who had known one another from the scene, got to talking. The foursome, Katsük said, found “instant chemistry in more ways than music. … It felt like I was hanging out with people I’ve known since high school.”
Almost as soon as Katsük got re-settled here, the trio began learning his music – his catalog weighs in at about 200 original compositions. The band also has written two originals and is looking to add more. Now performing as KatsüK, the quartet already has played a number of regional shows and is booked through June.

Before hooking up with Sally Majestic, Katsük had finished about 90 percent of Out in the Wind, recorded in Fort Worth at Infinite Possibility Studios with best friend and producer Evan Jones, who also produced Katsük’s previous two albums, Remembrance and A Leaf’s Journey. Both albums are credited to the singer-songwriter’s former nom de plume, A-Hummin’ Acoustical Acupuncture. Out in the Wind is 80 minutes of 17 songs, a majority centered on Katsük’s acoustic guitar and occasionally effects-laden voice. Covering topics such as love, war, and celebration, Out in the Wind, Katsük said, “represented me going out on my own and doing this. It represents a time in my life where I was leaving the past behind, giving away stones and baggage: jealousy, anger, bitterness, ego, the things keeping us from being who we are.”

Vernon, Fry, and Cowdin play on one track, “Tabernacle,” a song about “being in the fire and burning out all the things you have been carrying,” said Katsük, whose spirituality has led him into many sweat lodges. Sally Majestic, Katsük said, “really blew it up.” Katsük and company plan on recording an album in the fall back at Jones’ studio. “I’ve grown and grown and grown,” Katsük said. “But I couldn’t be happier with where I am right now.”