Home News Metro Flying the Coop
SHARE
Facebook
Twitter
When it was announced in 2005 that a new minor-league basketball team – the Fort Worth Flyers – were coming to Cowtown, plenty of promises were made. 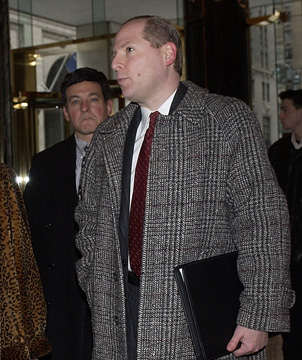 Attendance would average about 4,000 per game, great players would shoot hoops at the Fort Worth Convention Center, and the economic impact for downtown would be substantial. When the Flyers ownership announced they were leaving town a short two years later, more promises were made. Specifically, the ownership group – Southwest Basketball LLC – agreed to pay the city $25,000 in overdue rent. If the team paid off that debt over a three-month period, the city agreed to forgive another $144,000 the team contractually owed for the third year of its lease.

About one year later, the city still has not received the full $25,000 owed and is considering suing the team. The city wouldn’t be the only entity taking the Flyers to court. At the end of May, a lawsuit is set to go to trial to determine if the Flyers ripped off one local investor for $75,000. About a half-dozen other businesses are also trying to get paid for services rendered to the basketball team.

At the center of this sports-business mess is David Kahn, principal owner in the Portland, Ore.- based Southwest Basketball. Kahn’s group owns three teams in the National Basketball Association Developmental League (NBADL), including the Flyers, which he has moved to Reno for the 2008-09 season. Kahn did not return phone calls or respond to e-mails requesting comment. League spokesman Larry Berger declined to comment on Kahn’s Fort Worth experience, saying it was “premature” given pending litigation.

Last June, Kahn told the Fort Worth City Council the team was leaving because of poor attendance and a lack of support from the Fort Worth business community. Kahn requested the city waive half of the $25,000 in lease payments owed for the 2006-07 season and all of the $144,000 for 2007-08. The council compromised: the $144,000 would be wiped off the books if Kahn paid the full $25,000 over the next three months.

In June 2007, the city received $7,317 from Southwest Basketball – but that was it. Marsha J. Anderson, spokeswoman for the city’s Public Events Department, said the city had turned over the matter to the city attorney’s office for action. “We’ve been in discussion with Southwest Basketball LLC’s attorneys to resolve these issues,” Anderson wrote in an e-mail. Local attorney Brandon J. Edmundson, representing Kahn and Southwest Basketball, wouldn’t comment on any of the legal disputes the team owner faces here.

He is representing Kahn and the basketball ownership group in the city case and in the investor dispute. Gary Walker, president of SCM Real Estate Services in Fort Worth, is claiming Kahn and his group owe him $75,000. Walker paid that amount in 2005 to become a minority owner in the Flyers. In September 2006, Kahn contacted Walker and other local investors, saying the team needed emergency funding to help pay bills. Walker then wired Kahn another $75,000 the next day. Walker said Kahn told him he would be reimbursed when some “new investors” were found.

In an e-mail on Jan. 7, 2007, Kahn promised to send Walker the $75,000 “the following day,” but the check never came. Walker declined to comment on the case, and referred all questions to his attorney, Mike Hassett. Hassett said Walker isn’t trying to get his initial investment back, having written that off as “a bad business deal,” and is suing only for the return of the second $75,000. Hassett said Kahn insisted Walker sign an “amended operating agreement” after sending the emergency money, “an agreement that would restrict Gary’s initial investment and make it worth less. Gary was promised to be paid, and we are suing based on the fact that [Kahn] knew they were going out of business and used this ploy as a tactic to get out of paying what they had promised.”

In court filings, Southwest Basketball contends that Walker’s claim is baseless, as the deal surrounding the $75,000 in emergency money was an “alleged oral contract.” There are other claims of non-payment by Southwest Basketball that have not gone to court. Mike Wilie, CEO of Witherspoon Advertising and Public Relations, said his company was owed about $8,000 by Kahn’s group and has now been paid about 80 percent of that. Alpha Graphics, which did banners for the team, is still owed about $1,200, according to news reports. Walker said Southwest Basketball also owed “upwards of $20,000 to La Quinta Inns” when they left. Dallas-based La Quinta did not return calls to respond to Walker’s claim.

Litigation aside, questions remain about whether the city should have heeded obvious warning signs that that the Flyers, like many minor-league sports teams, were a risky venture. The minor-league basketball teams Texas Tycoons and the Texas Rim Rockers failed in earlier attempts in Tarrant County, and most of the current 15 NBADL teams have had to move more than once. The Fort Worth Brahmas hockey team, which called the convention center home ice for nine years, also warned the city about the possible financial problems the Flyers might bring. In a report given to the city when the basketball team was just a rumor, Brahmas management insisted the minor-league basketball team could not survive in the Fort Worth market and said that if the two teams had to share dates at the convention center, both would be gone soon. But city officials seemed impressed with the developmental league’s NBA affiliation and ignored the Brahmas’ warnings.
Last year, the hockey team changed its name to the Texas Brahmas and moved to North Richland Hills.

“This is not surprising to any of us that this basketball team still owes the city and other companies money,” said Brahmas General Manager Mike Barack. “We paid our bills on time to Fort Worth for nine years, and we were told that if you don’t pay your bills, you don’t drop the puck. But the Flyers didn’t pay their bills, and they still were allowed to play their games. Now they are not paying the amount they agreed to over a year ago, and the city still hasn’t taken them to court.”

Kahn still owns the NBADL franchises in Albuquerque and Tulsa and the new team in Reno. When announcing that the Reno team would play in the 2008-09 season, Kahn talked up the huge growth factor. “We’re thrilled to be bringing an NBA Development League team to Reno, one of the truly remarkable economic success stories in America the last several years,” Kahn told the Reno media. “With the increase in population and the diversification of the economy, we believe the market is primed to support high-quality family entertainment at affordable prices.”

If that sounds familiar, consider what Kahn told the Fort Worth media in 2005. “This is a special place built by special people,” he said. “Teams have come and gone in the league, but that’s changing. We expect to be here [Fort Worth] for many years to come.”