It’s been a tough spring and summer for the gas drilling industry’s public image. 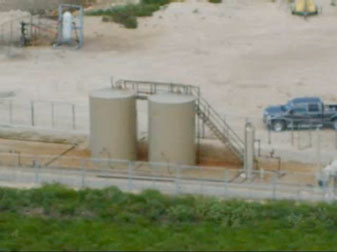 In Caddo Parish in Louisiana’s northwest corner, 17 head of cattle died in late April after drinking “frac” water that entered their pasture. During the last several months, earthquakes in Johnson County and at D/FW International Airport caused gas companies to shut down injection wells thought to be responsible. And then a couple of week ago, a film showing invisible poisonous hydrocarbons escaping into the air at gas well sites in North Texas appeared on YouTube. Closest to home, 14 new wells are planned for a Fort Worth park within 600 feet of a proposed elementary school and community center. Oh, and a gas industry lobbying group has been given the right to put a class in a Fort Worth public high school, with full control of the curriculum.

“Sounds like the apocalypse when you just rattle them off like that,” said Don Young, founder of Fort Worth CanDo and a consistent voice against urban gas drilling. The seemingly endless horror stories have activists like Young shaking their heads in disbelief. “Just when you think you’ve seen it all, something else happens to shock you again,” he said.

In the earliest of the incidents, on April 28, a small amount of hazardous material the industry calls simply “waste water” or “salt water” escaped onto a northwest Louisiana pasture while a Chesapeake Energy well was being fracced — that is, when high-pressure water was being forced within the underground shale formation to release the gas trapped within it. Within an hour, 10 cows that drank some of that water were dead. In the next three hours, another seven died. The Shreveport Times reported in an August 6 update that it had received a letter from Chesapeake official Steve Turk in which he wrote that their investigation of the incident showed “a portion of mixed ‘frac’ fluids, composed of over 99 percent freshwater, leaked from vessels and/or piping.” Chesapeake did not admit the other 1 percent of the fraccing fluids killed the cows but did admit having compensated the farmer for them.

“What I want to know,” said Sharon Wilson, a longtime anti-drilling activist who maintains a running blog on problems associated with shale activity, “is how the gas companies can call fraccing fluid ‘salt water’ when 1 percent of that fluid is enough to kill 17 cows, most of them within an hour?”

Dead cows tend to shake people’s faith in the safety of drilling — but not as much, for some people, as the dozen or more small earthquakes that have been registered in North Texas since October 2008, including one that caused $100,000 worth of damage to a Boy Scouts’ building. Although drillers at first denied any connection between their activities and the tremors, in mid-August Chesapeake closed two injection wells it uses for disposing of frac fluid at D/FW airport and in Cleburne after some studies suggested those wells could be causing the problem.

An August 13 report in The Wall Street Journal noted that researchers from Southern Methodist University concluded that there was “a “possible correlation” between the quakes and a salt water disposal well operated by Chesapeake on the southern end of the airport, which sits atop a fault line. Chesapeake spokeswoman Julie Wilson did not return calls to Fort Worth Weekly for this story but told the Journal that the move was a “precautionary, proactive step. The events in that area were very minor, and most have not even been felt or were barely felt.”

Perhaps the most chilling im 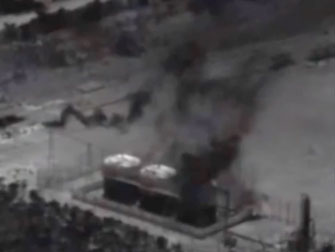 ages, however, for the tens of thousands of North Texans who now live near gas wells and their attendant gathering stations, compressors, and pipelines were those captured in a short YouTube video put together by Young and Wilson from footage taken by the Texas Commission on Environmental Quality. The state agency film was made as part of an ongoing TCEQ program to identify hydrocarbons escaping into the air from gas wells and other industrial sites around the state. Young learned of the filming program and requested and obtained copies.

The footage that he received was shot at well sites in Johnson and Parker counties from a helicopter equipped with a specialized infrared video camera, called a HAWK, that can film emissions invisible to the eye. The HAWK camera, according to TCEQ spokesperson Lisa Wheeler, photographs “hydrocarbon emissions” but cannot specify which poisonous hydrocarbons are escaping or determine the quantity.

The film shows what looks like great plumes of smoke — the otherwise invisible hydrocarbons — escaping from wells being drilled and also from storage tanks, water separators, and pipelines. TCEQ has not released information that would identify the specific well sites and companies involved.

“What’s so galling is that the gas companies can put vapor recovery systems on the wells and outfit their pipelines to avoid these fugitive emissions,” Sharon Wilson said.

According to a report produced by Southern Methodist University for the Environmental Defense Fund in Austin, “Vapor recovery units on condensate tanks would pay for themselves in a matter of months by generating additional revenue to producers from the gas and condensate that would be captured instead of released to the atmosphere.”

The report further concluded that poisonous emissions could be significantly reduced with minor retrofitting to every other stage of drilling and transporting natural gas.

But during the hashing-out of the most recent Fort Worth gas-drilling ordinance, Mayor Mike Moncrief took environmental issues out of the hands of the task force designing the ordinance. City staff later left the green completion of wells, with vapor recovery systems and closed sludge pits full of toxic waste, up to the discretion of the gas companies, rather than requiring any such measures in the ordinance.

“Most gas companies simply won’t do it unless you force them,” Sharon Wilson said. “But you’ve got to wonder what these companies are thinking. If you can break even on what you spend by selling what you recover, why wouldn’t they? Think of the public relations nightmare they could avoid.”

Calls on the issue to several major Barnett Shale producers were not returned.

Chesapeake has another public relations disaster about to happen. Its Murkat site drilling plan calls for up to 14 wells to be drilled directly adjacent to neighboring Rosemont Park on the Fort’s South Side. “And that plan now collides with a Fort Worth school district plan to build a combination elementary school/community center right across the street,” said Gary Hogan, a member of both of the city’s drilling ordinance task forces.

The two sets of plans, Hogan said, put the school building at just about 600 feet from the first well bore, as opposed to the normal distance of 600 feet from the edges of the two properties. That property line is well within 600 feet.

“If the [school district] goes through with the plan it’s going to be a perfect storm for our kids: a multiple-well site spewing poisonous hydrocarbons from less than the normal protected distance to an elementary school,” he said. “To me, not having [hydrocarbon] recovery systems mandatory on urban wells is criminal. One of these days we’re going to have kids needing to go to emergency rooms from this.”

Calls to the Fort Worth Independent School District on the issue were not returned.

Most recently, there was the early August announcement that Southwest High School will be the new home of the Southwest Academy for Petroleum Engineering and Technology. It will essentially be a private school within a public school, initially funded by a grant from Quicksilver Resources, a Fort Worth-based gas-drilling company.

The program was developed by the Independent Petroleum Association of America, a Washington D.C.-based lobbying group that will control the curriculum of the academy. School Superintendent Melody Johnson, on the district’s web page, hails it as offering “students first-hand testimonies from those who work in these career areas.” Johnson also notes that, “When they graduate, these students will be fully prepared for … direct entry into these fields of work.”

But to Hogan, Wilson, Young, and others, it sounds like an outlandish incursion by private and vested interests into what is supposed to be an even-handed learning experience. “The lobbying group controls what is being taught,” Wilson said. “That’s not teaching. That’s propaganda.”

As with the issue of the school near Rosemont Park, the FWISD did not return calls concerning the placement of public school curricula in the hands of a lobbying group.

Activists are also upset with a new Chesapeake corporate display in Fort Worth’s main library. “My gut feeling is that it is wrong to mix corporate and public interests in a place like a library which is supposed to be a sanctuary for people,” said Young. “They try to say it’s educational, but it’s really just corporate advertising.

“When you look at the whole picture,” Young continued, “it’s as if the gas industry got together to say, ‘We’re going to own this city.’ And to some extent, they do. They’ve taken over city hall, no question about that. And they’ve taken over the parks department, which has given them every waiver and variance they’ve asked for. They’ve gotten into the libraries, and now the industry is running its own program with its own curriculum in one of our public schools.

“In just three years we’ve gone from being a nice city with a small-town feel to a city on the way to becoming another Houston.”