I almost don’t want to write what I’m about to, because I don’t want to invite the public to share a pleasure that currently belongs to only a select few of us, but there’s now something to do on Tuesday nights that doesn’t involve either A.) sitting at an empty bar, spilling cheap domestic light beers, chain-smoking cigs out of pure boredom, and staring slackjawed at a TV above a bar or B.) sitting at an empty bar, yadda yadda yadda, and feeling totally awkward, friendless, and creepy and thus compelled to send multiple text messages to everyone you know, mainly to create the illusion that you chose to drink alone.

The aforementioned something also involves rock music of the classic variety, which is right up the alley of someone like me, who spends all week listening to new music and pretending to be hip for God only knows what real reason. Guitarist/singer Mike Richardson, bassist Kevin Davis, and drummer Matt Mabe (Stella Rose, Jefferson Colby) have been gathering at The Moon (2911 W. Berry St., 817-926-9600) every Tuesday for the past couple of weeks and blasting out spot-on covers of shit like ZZ Top, Tom Petty, Aerosmith, AC/DC, and, yes, even hyper-complicated Rush. (Richardson’s Rush is a little rusty but more than good enough for us hardcore fans.) Though requests are frowned upon, if you happen to shout one out at just the right time — between songs, obviously, and when no one else is shouting — and Richardson knows you’re a regular, you just might get to hear what you evidently, desperately need to hear at that particular moment. Listening to them, you won’t even realize that you’ve missed another hazy episode of So You Think You Can Dance. 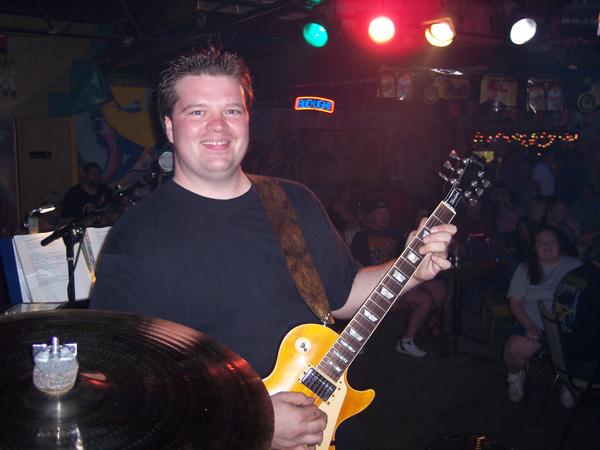 Speaking of classic rock, the Missile Men, a new supergroup of sorts, have a Cheap Trick/Police thing going on that helps make them the co-best band of 2010 already. (The other best band is EPIC RUINS, in all caps ’cause it’s more epic. A project by Richardson, Weekly scribe and ex-Darth Vato bassist Steve Steward, and drummer Jordan Richardson (no relation) from Ben Harper and the Relentless 7, EPIC RUINS also includes contributions from other local stalwarts.) The Missile Men are Goodwin frontman Tony Diaz, bassist Neil Schnell (Velvet Love Box, Carey Wolff’s backing band), drummer Lucas White (Rivercrest Yacht Club, Confusatron), and RTB2 namesake Ryan Thomas Becker (vocals, keys), and they have booked their first show — against Diaz’ better judgment, he says — for Fri., Oct. 30, at (where else?) The Moon with Sally Majestic, Rivercrest Yacht Club, and perhaps a fourth band. Though the Missile Men have been together only a little while, they expect to play about seven or eight songs. Slackers. Visit www.myspace.com/missilemens (note the misspelling).

Opening a show at Rubber Gloves Rehearsal Studios (411 E. Sycamore St., Denton, 940-387-7781) for Black Flag’s Greg Gin on Tue., Sept. 22, will be Zanzibar Snails, a experimental project by Michael Chamy, Nevada Hill, and a rotating cast of contributors. The Snails were one of several subjects in a Weekly cover story on avant-garde rock music in Tarrant County and parts beyond (“Ears Wide Open,” April 22, 2009). The show goes on at 10 p.m. Cover is $7.