Over the past several months, Fort Worth city staffers and council members have agonized over what jobs and programs would have to be cut to balance the municipal budget. But in at least one area, the city staff recommended expanding services – a recommendation that might surprise many of the activists, reporters, and ordinary citizens who have asked for access to the city’s public records through the years.


The budget approved this week will add two attorneys and one secretary to the legal department, plus software programs to handle the huge increase in requests for public documents the city is experiencing. These additions will double the number of city attorneys handling these requests, at a cost of $250,000.

Staffers say the additional people are needed to process an increasing number of open-records requests, which have jumped from about 550 per year in 2000 to an expected 6,000 this year – a 1200 percent increase in a decade. State law requires that agencies respond to requests within a specific time period. 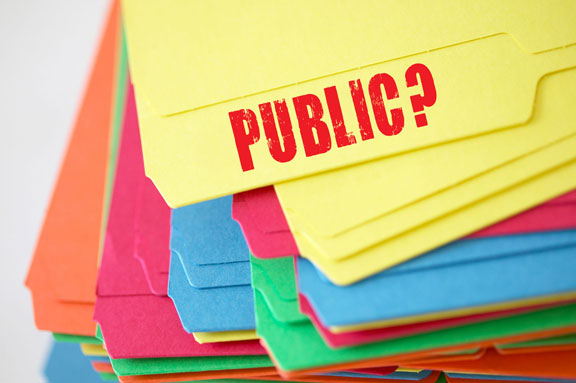 However, others, especially local journalists, see the increase as being largely a product of the city’s own policies on handling records requests – and fear that the new personnel will actually slow the process rather than speeding it up. An extra layer of bureaucracy has been added to the process in recent years with a requirement that almost all requests go through the city secretary’s office before being passed along to individual departments. More lawyers could mean even more delays.

“What we are trying to do is make sure we keep up with the increased demand and make sure the process gets the records into the hands of the media and citizens in a thorough and timely manner,” said city spokesman Jason Lamers.

Lamers asked local journalists what changes might be made in the system to make it faster and more efficient. He shared the responses with Fort Worth Weekly, with the understanding that individuals’ names not be disclosed.

The two problems reporters mentioned most often were the requirements to file formal requests for records that used to be provided without question and city attorneys’ penchant for asking the Texas Attorney General’s office too often for rulings on what is or is not required to be released under state open-records law.

“I believe the [city’s] legal department is violating the intent of the open-records law by constantly asking for AG opinions for the same type of documents which they know, or should know, are public records,” wrote a local TV news reporter.

A Fort Worth Star-Telegram reporter wrote, “I am forced to file way too many open-records requests … then consider myself blessed if I actually get what I’ve requested by the 10th day [as required by law]. More often, [the] city legal [department] is asking for an AG opinion, coming up with all kinds of excuses why the information shouldn’t be released … . This is the only city where I feel like I’m constantly fighting this battle.”

In the old days, getting public records from city government was usually more informal. Reporters would approach a city department head or that department’s public information officer, ask for the records, and then come down to city hall to get them. An official might ask the journalist to send in a written request, but that was mostly to protect officials and prove that the documents had been delivered. Handling most requests in that way meant that the number of official open-records requests remained low, along with the expensive involvement of city lawyers and the state attorney general’s office.

There usually was a little bargaining between the media and city staff. State law allows some information on police reports to be withheld from disclosure, for instance, including personal information about victims. But the city’s public information staff would work with the reporter, often getting copies of records from which specific bits of information had been removed, so that the rest of the document could be released.

Now the city is more likely to seek an AG’s opinion before handing over any records. Governments across the state are doing that more and more. According to the AG’s office, it issued 2,989 open-records rulings in 1998. This year, that number is projected to top 18,000.

The huge increase in agencies’ requests for permission to deny access to records is expensive and results in substantial delays. Under state law, government bodies have up to 10 business days to decide to ask for a ruling. The AG’s office can take up to 45 business days to make that ruling.

This year, of the 6,000 requests coming into the city, 30 percent – or about 1,800 – will be reviewed by city attorneys. Lamers said the law department estimated that 60 to 65 percent of those will be sent to Austin for a ruling on what information the city has to release – or about 100 a month, compared to 200 for all of 2005.

Joe Larsen, a Houston attorney specializing in First Amendment issues and a board member of the Freedom of Information Foundation of Texas (FOIFT), said “all kinds of games are being played” by local governments that are “overusing” the AG’s office for rulings on what could be considered basic requests.

“The number of AG rulings is not increasing at such a fast rate because that many more people are making requests,” Larsen said. “It is because governmental bodies are using the AG’s office as a way to delay the request. This can push the process back months, and that doesn’t need to happen.”

Tom Kelley, a spokesman for Texas Attorney General Greg Abbott, said the agency is aware of the huge increase, but there is little they can do about it. He did not disclose how much it’s costing his agency to issue those 18,000 rulings this year.

Keith Elkins, executive director of FOIFT, said it’s not clear whether such increased delays and bureaucracy are happening in other states. “But it is clear this overuse of the attorney general’s office is costing taxpayers a lot of money,” he said. “Cities like Fort Worth are adding to the workload of the AG’s office. When you see how the number of ruling the AG’s office has to make has spiked, the abuse here is clear.”

The increasing insistence on formal treatment of open-records requests has been a major factor in Fort Worth’s workload in the past decade. But more requests are also coming from private citizens. And news media requests, Lamers said, have become more detailed and time-consuming.

Fort Worth is trying to put more of its public information online. But state law prohibits governments from just directing open-records requesters to a web site. The city also has an outdated information technology system, and Lamers said it is very difficult for the city to track e-mails, for example, in response to a request.

Arlington, by comparison, has a decentralized approach to handling open-records requests. The queries go to the individual departments, and the city attorney’s office gets involved only if a department asks for a review, according to Arlington Assistant City Attorney Molly Shortall.

That approach also means Arlington officials couldn’t say exactly how many requests the city received last year. But 1,400 requests were examined by the Arlington legal department, and about 500 were sent to the AG’s office, Shortall said. That number is about half the percentage that Fort Worth sends to Austin.

Lamers said that AG’s policies contribute to the delays.

“The city is often mandated by the attorney general’s office to ask for rulings because they say we cannot use prior cases as a basis for similar cases in the future,” he said.

For this story, Lamers used the more informal approach in getting information for the Weekly. Budget proposals, letters from the AG’s office to city attorneys, and statistics on the workload of requests from prior years were all provided quickly and without any queries being sent to Austin.

Dealing with the AG’s office was another matter. Kelley said the agency had a recent study showing the number of open- records rulings by year. When the Weekly asked for a copy, he said, “You’ll have to file an open-records request.” Still, the study was received a few days later.