Did you know there are 2,847,632 restaurants in Tarrant County? Chow, Baby completely made that number up (obviously), but that’s what it seems like every August, when Chow, Baby and the Eats writers begin considering contenders for the annual Best Of awards. Our 2009 research is now, finally, complete – that’s right, Chow, Baby already knows who the winners are, and you won’t find out for two more weeks.


Ha ha ha ha… ow, my aching tummy. Problem is, after visiting close to 2,847,632 restaurants in a six-week period, Chow, Baby doesn’t want to even look at edibles ever again. Such annual anorexia could jeopardize a professional eater’s career, but luckily Chow, Baby has worked out a cure. It’s counterintuitive, and thus brilliant: Rather than babying a sore tummy with pho and a boba smoothie, the answer is to push through the loss of appetite by forcing down the heaviest, most filling, most fattening cuisine there is. 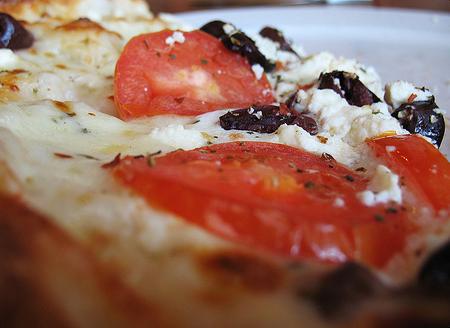 Boudreaux’s Cajun Kitchen (4000 Bagpiper Way, Arlington) has been double-listed since it opened in Arlington Highlands about six months ago, on both Chow, Baby’s Places to Eat megadatabase and on the much more selective Pet Peeves list. The latter not so much because Boudreaux’s is a chain; more because Chow, Baby is personally offended by any “Cajun” place that was not born in actual Cajun Country – Boudreaux’s is out of Houston, and not even East Houston, but over by the Galleria. So yeah, Chow, Baby entered this Mardi Gras-decorated, zydeco-music-playing theme franchise with the teeniest of chips on its shoulder, which made the not-bad-at-all food a pleasant surprise. The clear choice to shock Chow, Baby’s stomach out of its lethargy was the “monster” seafood platter ($17.95, including a huge pile of decently spicy dirty rice); the popcorn crawfish was particularly crunchy-tasty, and you can’t get much worse, health-wise, than battered-‘n’-fried shrimp stuffed with bacon and Monterey Jack. These were pretty good, in a gooey, comforting kind of way.

Sadly, the cure didn’t take. After eating all that plus a huge portion of dense bread pudding ($4.95), Chow, Baby still had no appetite. Time to bring out the big guns: pizza. Any Joe’s would do, but might as well go for the glam at Brix Pizza and Wine Bar (2747 S. Hulen St.), which with its sumptuous décor and overwhelmingly female clientele is a great place to hang out if you have harem fantasies. Chow, Baby  consulted with staffer Leonardo (impossible to picture him as a eunuch, though) on selecting the perfect rich and filling treatment for its ills, and no doubt about it: The super-substantial Greek Goddess (24″, $24, plus $2 for added-on sausage) was the one. What a sultry beauty: thin but chewy crust supporting melting hills of feta and ricotta, caramelized pools of fresh mozzarella, and bridges of grilled Sicilian sausage, with little salty pops of kalamata olives … . It’s a miracle! Chow, Baby had assumed it would be able to get down barely one slice, but no, it kept going and going, craving more and more and more, until all that remained was crust dust. Hurrah, the bottomless pit is back! There may be (there aren’t) 2,847,632 restaurants in Tarrant County, but if you’ve lost your appetite, Brix is a good place to look for it.