Praying before the Wall seemed an appropriate first step in preparing for Yom Kippur, the Jewish Day of Atonement (this year beginning at sunset Sunday), which Chow, Baby has turned into its own ritual of revisiting restaurants it may have wronged. 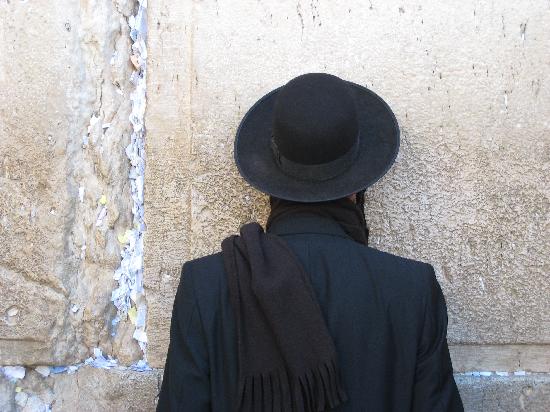 Yes, this is primarily because recurring-theme columns are super-easy to churn out. But this annual attack of conscience also proves, dammit, that Chow, Baby is a kind, thoughtful, open-minded person who’s big enough to admit it might be mistaken on occasion.

Not on this occasion, though. Even after much meditation and contemplation, the wall Chow, Baby was standing in front of – the concrete one at the SoSeven Love Shack (817 Matisse Dr.) – still looked like a prison-yard wall with footholds in it (“Prisoner of Love,” Aug. 12). And the written prayer that Chow, Baby placed in one of the holes wasn’t answered: Instead of finally getting its lobster salad in an authentic New England top-split bun rather than on toast, Chow, Baby went inside to find that the Lobster Love has been taken off the menu completely. Presumably this was Chow, Baby’s punishment for lusting after shellfish in the context of a Jewish holy day, but let’s try again: Mr. God, please knock down this wall, and put the lobster roll back on the menu (with the right bread).

Chow, Baby’s next apology-stop, Corporate Image (5418 Brentwood Stair Rd.), is one of those archetypal neighborhood bars where you walk in and everybody stares at you like they’d never seen a new person before in their lives. Well, Chow, Baby’s newbiness here is its own fault. When it listed “the four decent places to eat” along West Meadowbrook’s sort-of Restaurant Row (“You Snooze, They Lose,” Aug. 19), Chow, Baby completely blanked on a neighbor’s tip: that the kitchen in this bar prepares great casual lunches (soup and sandwiches, mostly), with Friday specials like corned beef with cabbage, meatloaf with scalloped potatoes, and pan-seared tilapia. On Hamburger Night (6-8 pm on usually but not always the first Monday of the month), Chow, Baby was forgiven for its lapse with a thick and flavorful blue-cheese burger ($5.75 plus a whopping 10¢ extra for the cheese). At lunch another day, Chow, Baby was comforted by a high-piled grilled ham & cheese sandwich ($6.50) and lovely rich pinto beans (75¢ extra). Make that five decent places to eat along Brentwood Stair Road (still counting Whataburger).

Amid the chalk graffiti, the walls at hip hideaway Mochi Kitchen (4613 Denton Hwy.) now boast framed reviews from the Star-Telegram (“one of the best new restaurants of 2008”), but not Chow, Baby’s considered opinion (“gloppy,” from “White Like Me,” Nov. 19). Alas, this one won’t go on the wall either, as Chow, Baby found the sesame chicken ($7) and chow fun noodles ($7) to be – what’s a synonym for “gloppy” – mushy, indistinct, overcooked, bleh. And gyoza ($6), which in Chow, Baby’s opinion should be infuriatingly slippery, once again had the crispy-crunchiness of over-fried eggrolls. What a waste of Chow, Baby’s time and open-mindedness.

One happy reprise from its previous visit, though: Chow, Baby again followed its Mochi lunch with a thriftery run to the Haltom City Goodwill, this time shopping for just one more pair of cargo pants for next week’s international cabrito-research trip. Hasta la vista, babies; see you in October.