Join the Revolution! No, not the one being touted by some scarily out-of-touch folks who are waving Confederate flags and whipping themselves up into a frenzy over the idea that President Barack Obama is going to take away their guns and gas their grandpas. And no, not our current governor’s campaign to unhook the Texas car from the United States of America train. (And to think, he’s our conductor.)


And no, not the actual and far more frightening revolution that some folks were predicting last year, having to do with global economic disaster, the fast-growing gap between haves and have-nots, nullification of the Bill of Rights, and U.S. practices of torture, kidnapping, and pre-emptive war abroad. November arrived, and it seems that various kinds of disasters have been averted or at least pushed back. What an incredible difference a few million votes can make to an entire world. 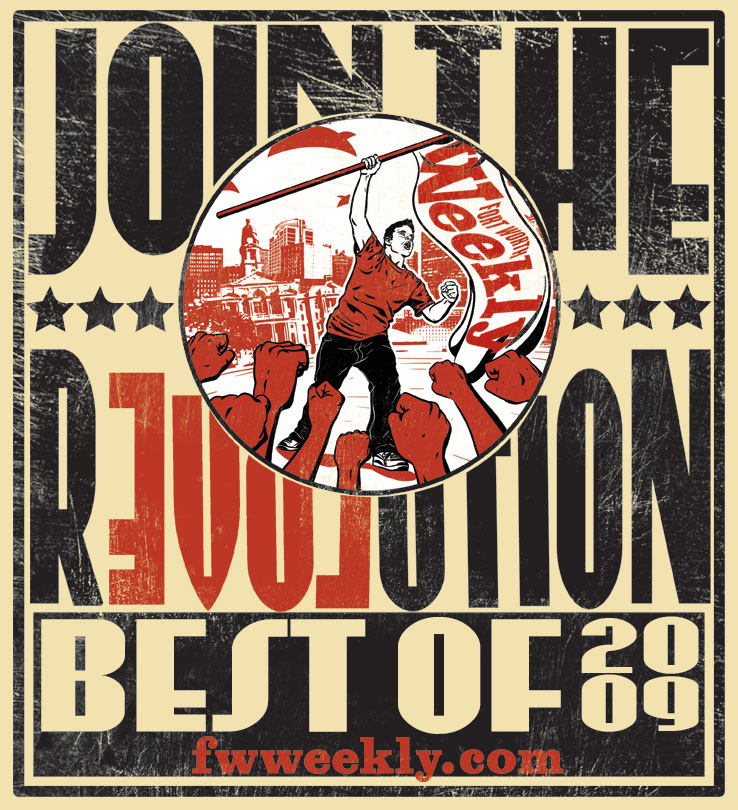 What we’re talking about is a quieter, more pervasive, and ultimately more far-reaching revolution that many folks in Fort Worth have joined in one way or another. You could call it the green revolution, since so much of it has to do with the environment. But a better term would probably be evolution in how we think of ourselves and the big green ball we’re on. It has to do with what sailors call “getting your head out of the boat” – that is, realizing that twiddling with lines and tweaking gear on the boat won’t get you where you’re going nearly as fast as looking up and realizing that you’ve drifted off course, the weather is changing, and those little ripples in the water behind you are sharks, and they’re gaining. Then you know which lines to adjust and what gear to tweak to meet what’s coming. And of course, maybe you’re more likely to keep your toes out of the water.

In North Texas, developers are beginning to get the idea that “sustainable” and “livable” are two mandates that are here to stay. Commercial and residential builders are offering more energy-efficient structures, made with recycled or easily renewable resources wherever possible. More and more developers are getting on the “urban village” bandwagon that former city planner Fernando Costa has been driving for so many years. The new local headquarters for a world-famous botanical research is going to be state-of-the art “green” (except for the seasonally tan stretch of prairie on its roof), and even the city and school district have figured out how to join forces on a combined facility with environmental features. Public pressure and enlightened market forces are bringing healthier local food to more restaurant menus and grocery store shelves.

So why hasn’t that worked for bringing sanity, basic government regulation, and respect for the environment into the shale gas drilling industry? Well, sure: Green of another sort is the culprit. The gas companies take a pile of greenbacks, give a bunch to local governments and charities and a few dollars here and there to local residents, and pretty soon you have a city with pipes full of deadly, undetectable gas running everywhere, compressor stations next to schools, and an atmosphere that’s twice as dirty as it used to be.

Perhaps that will be Cowtown’s next revolution, one that the Best Of issue can report on in 2010.

In the meantime, please — shop local, eat local, listen local, and grow your own better city by joining a neighborhood group, writing a letter, going to council meetings, and celebrating and supporting a fine local crop of watchdogs and rabble-rousers. We have some great restaurants, stores, musicians, clubs, and concert halls in these parts, many of them recipients of various honors in this issue, both serious and tongue in cheek.

And while you’re doing it, think big. Think about what’s going to be here for our kids’ kids, about where the stuff goes that you toss into the sewer or that we collectively drain into the river. Think about aquifers and air quality and what good all that money will do for us if this is no longer a decent place to live. Think about how we contribute to global warming and environmental degradation, when we could be lengthening our lifespans and lowering our hospital bills by making this a healthier place. Tell your congresswoman and your mayor and your legislators that you want public transportation and bike lanes and environmental laws that work. And when you spend, ask what this does for global warming, coffee farmers in Africa, organic ranchers in Texas, rainforests in the Amazon. Reduce your carbon footprint and increase your presence in the public debate — including, when necessary, leaving your metaphoric footprint on some public officials’ behinds.

We hope you enjoy the basket full of local winners that we’ve picked this year. Note that, in some categories where there were no clear winners from the balloting, we did not make a “readers’ choice.” Our biggest issue of the year is the work of a great crew of staff writers, freelance reporters and photographers, ad salesfolk, production geniuses, interns, and other Weekleteers, not to mention our readers. Your job for the next year: Breathe deeply, live wisely, and read Weekly. 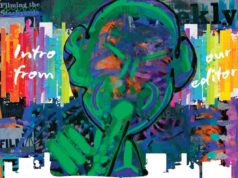