A lot of great stuff happened over the past 12 months. I didn’t get tasered, for one thing. For another, I didn’t lose any limbs. See? Awesome! But, no, seriously. I think the past 12 months in local music were at least interesting. On the downside, native son and Texas rock ‘n’ roller Stephen Bruton passed away after a bout with cancer. Also, big bands like Flickerstick, Calhoun, Black Tie Dynasty, Darth Vato, and Tame … Tame and Quiet broke up. (Calhoun is still going on but in a different configuration. For details, see my Sept. 9 column, “Calhoun Redux.”) 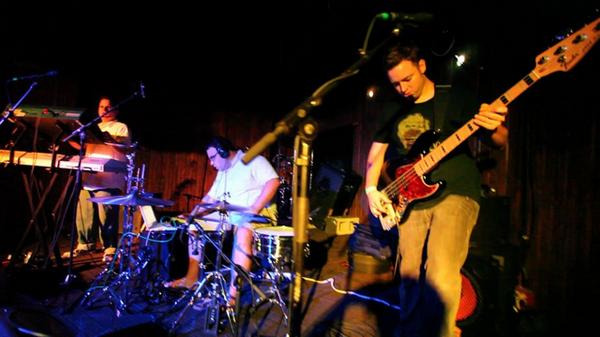 On the upside, new bands — Shuttle, Hentai Improvising Orchestra, Bob Fante, Drug Mountain — either debuted or started gaining traction. Where there’s a yin there’s a yang and all that. A lot of good local music also came out. Actually, when I think about it, 2009’s crop o’ tunes isn’t really any better or worse than previous years’. One “best” ’09 song will go down as one of my all-time local favorites: The Burning Hotels‘ “Austin’s Birthday.” About three and a half minutes of charging, angular, stylish, melancholy pop brilliance, the song will be the first single off the band’s forthcoming sophomore album, Novels.

My second “best” choice — I’m allowed more than one choice, not like the other critics (lame-os!) — is Fate Lions‘ “The Girls Are Alright,” a bright little Rickenbacker rocker that’s handclap happy and gleefully melodic, conjuring up what a Nick Lowe-fronted Plimsouls might sound like.

My third “best” — I can do this alllll day — is Rivercrest Yacht Club‘s “The Tuck,” a track that in a just, righteous world would be pumping out of gay discos across the globe. “I’m the Clark Kent of the disco scene,” raps MC Generic over huge, swishing beats, “A mild-mannered man of the same routine / But when the sun sets, I’m a dancing machine / Every day’s Halloween, and I’m the queen.” Honorable mentions go to Telegraph Canyon‘s “A Light in the Field,” G-Spot Boyz‘ “Do Da Stanky Legg,” Black Tie Dynasty‘s “You Got a Lover,” Darth Vato‘s “In With the Brew,” Exit 380‘s “Alexander Stone,” and Clint Niosi‘s “My Mephistophilis.”

There was some good news this year, too. The Hotels made an extended cameo in the tween summer blockbuster movie Bandslam (starring Friends‘ Lisa Kudrow and High School Musical‘s Vanessa Hudgens). The film allegedly didn’t do too well at the box office, but only in Hollywood would being seen by a couple hundred thousand people be considered a disappointment. The Toadies put out an album, which is always a good thing, especially because they’re still heroes to a lot of local bands. And based on our 13th Annual Music Awards Festival, held in Sundance Square this past summer, the audience here for live original local music is still strong. About 3,000 people came and went throughout the day to see performances by nearly 40 local bands. If I may be so bold, I’d like to give us a Best Of, too: for being your best local music source.