The Fort Worth Cats, one of the premier bands from the nigh-legendary Fort Worth “teen scene” of the 1960s, never technically broke up, at least according to Cat David Daniel. “It was just hard to put a show together when the bassist fled to Mexico, the lead player resided in Florida, the drummer in Houston, and the keyboard guy in Haltom City,” he said. 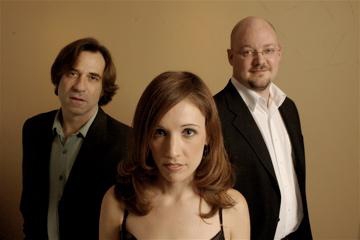 Somehow, though, the band has managed to get together for another show, Saturday at The Aardvark (2905 W. Berry St., by TCU, 817-926-7814), with opener C&W singer-songwriter Hank Hankshaw and closer My Three Sons (a.k.a. The Digbees). The Cats, Daniel said, “are loud and fast, if nothing else. Think: Elvis Costello meets The Ramones.” Visit www.the-aardvark.com.

Finally, some serious local musos are realizing how to make some mega ka-ching: Join an oldies cover band. Most of the guys who’ve played in big-ticket disco cover band Le Freak, for example, did so while also in “serious” bands — you’d never know because Le Freaks reportedly must stay in character and costume throughout their entire sets, even during breaks. Swan Song, a Led Zeppelin tribute act, is a big draw, as is Bebe La Strange, a Heart tribute band. (Child ‘O Mine, the famous North Texas Guns N’ Roses tribute act, also put a lot of butts in the seats before breaking up not long ago.) Now comes Dazey Chain, a cover band devoted to old-school funk and R&B. All of the guys in the band are respected musos, including drummer Blaine Crews (The Campaign, Luke Wade and No Civilians), guitarist Josh Weathers (Josh Weathers and the True+Endeavors), and keyboardist Justin Barbee (Shuttle). The two main gears, however, are namesake multi-instrumentalist Jeff Dazey and “Big Mike” Richardson, who can play any classic rock song you can think of, note for note. Catch Dazey Chain tonight (Wed.) at a pretty fun place, Spencer’s Corner (6861C Green Oaks Dr., by Ridgmar Mall, 817-652-6090). Visit www.myspace.com/dazeychainmusic.

Fort Worth singer-songwriter Brad Hines has just released a new album, Brand New Day, and it includes a cover of a song written by Weekly staff writer Jeff Prince. Why am I making note of only Prince’s contribution? ‘Cause he sits two cubicles away from me! Why else? Hahaha! No, seriously. Along with songs by mega-stars such as George Strait, Mark Chestnutt, and Toby Keith, Hines and Prince’s “Hooked on the Bottle” was recently cited as a single to watch by the Nashville trade magazine Music Row. You can catch Hines every Wed. and Fri. at The Love Shack (110 E. Exchange Ave., in the Stockyards, 817-624-8273). Visit www.bradhinesmusic.com.