So you’ve signed a gas lease. Congratulations: You’ve been taken for a fool. Certain material facts were kept from you that, had you known them, likely would have made you throw the contract in the trash where it belongs. Since you didn’t, let’s take a virtual tour of your new reality.

If a lot of your neighbors also signed, the gas company now has powers you were never told about. The lessee can essentially do whatever he wishes on the surface to produce the gas under your property. He can hold your property hostage for decades by performing inexpensive, nonproductive tasks. He can, and from all historical evidence will, pollute any surface location where he installs mineral extraction equipment. He does not care what you think about it. 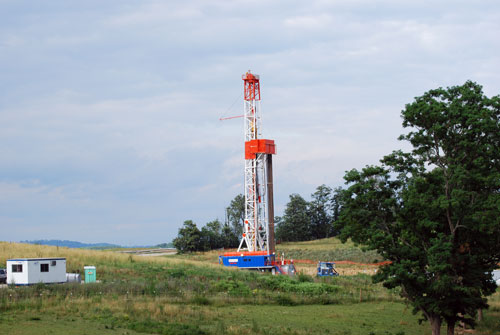 Perhaps more ominous is the fact that he is not limited to extraction of minerals from a specific formation (such as the Barnett Shale) but may explore for deeper deposits that are said to exist under the Barnett Shale. In South Texas his brethren are still holding leases executed in the 1930s, leases that have so polluted the surface as to make the land unusable for its earlier purpose of cattle ranching. With the original target minerals now played out, these lessees today are exploring for and producing gas there. Equipment that is no longer functional still leaks carcinogens into the ground. The surface rights owners have been denied access to areas on their property. So, while you’ve been told verbally that there’ll be no effects on your surface usage, that is not an enforceable contract provision, and the lessee, and his landman representative, knew it when he or she asked you to sign.

And probably no one told you that, to produce the gas, there will have to be a drilling pad with multiple wells on it and peripheral equipment that will require large-truck service daily throughout the life of the wells and that the company is allowed to build this pad less than 300 feet from homes. They didn’t tell you that each drilling pad will require a 16-inch gathering line to carry away the gas to a processing facility or that right-of-way for this line can be taken by eminent domain if necessary or that the line will lie as close as 20 feet from home foundations without regard to the possible presence of enclosed spaces under the homes that can cause accumulation of unodorized gas and subsequent explosions in the event of a leak.

They didn’t tell you that what’s in the gathering lines is the most corrosive form of natural gas, which in some cases has eaten through pipeline walls in less than four years, with catastrophic results. They didn’t say that their plan to install these pipelines by horizontal drilling through front yards at a depth of about 20 feet would not protect you from an explosion due to corrosion and leaks. In fact, burying the pipeline makes inspection possible only with instruments too expensive to be affordable by secondary operators who will be buying out the original drillers within five years of installation. And because these instruments do not detect all corrosion, incidents like the Appomattox pipeline explosion of 2008 that leveled two homes and damaged 100 more and created a fireball 1,125 feet in diameter but, mercifully, injured only
five people.

Your lessee also didn’t tell you that between 2004 and 2007 there were nine “significant incidents” reported in the Barnett Shale, which by federal criteria means anything that causes fire, explosion, human injury or death, $50,000 or more in damage, or mass evacuation. Statistically, those numbers imply that when industry and the City of Fort Worth have enabled a full build-out of the gas field here, there should be roughly one such incident every six months in Fort Worth.

The city has acted as a co-conspirator by approving the industry’s activities and helping create a bandwagon atmosphere that blinds mineral rights owners with dollar signs. City officials continue to defend the drilling industry’s activities here and have entered into questionable leases of our parkland. They ignored a provision of the existing zoning ordinance that would limit such installations to heavy-industry zones and have passed a new zoning ordinance that permits gas drilling and gas gathering processing and pipelines in every zoning category. They have knowingly denied the dangers both of the pollution and the “significant incidents” that are sure
to come.

Elected officials have also ignored public safety and public health concerns, the backbone of the state zoning code, in favor of asserting the primacy of mineral rights over all other rights. Their 600-foot setback provision, touted as a safety measure, is not based on any scientific or engineering data. Last month the council showed the ultimate contempt for that phony provision by permitting Chesapeake Energy to create a multi-well drilling pad within 600 feet of 48 “protected use” properties – even though Chesapeake was able to secure waivers from owners of only nine of those properties.

You can see where this is all leading.

When Fort Worth has its next significant gas well or pipeline accident, there will be hand-wringing at city hall and attempts to manage the public reaction. “Whoops! This is just an act of God, an unfortunate rare occurrence that nobody could have foreseen!”

Next, the fire marshal will be asked why he didn’t tell the council about the dangers of placing these pipelines so close to houses with pier-and-beam foundations. The New London School explosion of 1937 will be mentioned.

After that will come the insurance industry, with eyes bugged out. “This was forecast. Now it has happened, and the math says it is likely to happen here with a regularity that we cannot afford. Therefore, Fort Worth homeowners will have to buy an extra rider on their mortgage insurance, and the cost will be …” you don’t want to know. Many people will no longer be able to afford to live in their homes.

Next, the value of homes will fall, since national publicity of our woes will make homes tough to sell. That will cause taxing authorities to raise tax rates. After that, Wall Street will also get the bug-eye and degrade bonds in Tarrant County.

This is what almost certainly will happen here if the gas drillers have
their way.

And what will you get? Maybe the lease offer on your quarter-acre lot included a bonus of $25,000 per acre plus 25 percent royalties. If gas prices stay high that might get you about $208 per year in royalties, or about $12,450 total (including your bonus) over a 30-year payout lifetime.

Oh, and remember, that’s the gross amount. It doesn’t consider income tax and an ad valorem property tax increase due to all that gas you own. Of course, gas prices are in the toilet right now, and they’re selling less gas than
they’d expected.

Do you still think the Barnett Shale is a personal bonanza? Do you think your mineral lease omits enough material facts to render it fraudulent? In that case, your lease is probably fraudulent
and unenforceable.

Good luck with that.

Jerry Lobdill is a retired physicist, a longtime environmental activist, a writer, and the owner of a home with mineral rights in Fort Worth.  What he’s not is a lawyer, and nothing in this article should be construed as legal advice.