Film can be a transformative experience. After all, if not for pulp serials, George Lucas might have ended up as a hot-rod mechanic. In the case of twentysomething local filmmaker Aron Cho, also known as Captain Kitty, comic books steered him into film.


As a teenager, Cho moved from Oregon to North Texas with his family after his father finished his seminary studies and decided to start a church in his home state near his family, including a sister who had married a G.I. and immigrated to Texas. After moving to here, Cho attended private Christian schools with theology in mind and the ministry in his future. What he really loved, however, was comic books. When the family had lived in Portland, his mother owned a convenience store down the block from a powerhouse semi-mainstream comics publisher, Dark Horse. “At the time, no one knew about Dark Horse,” he said. “They would come give me and my sister free comics, and we would go watch [the artists] draw.” 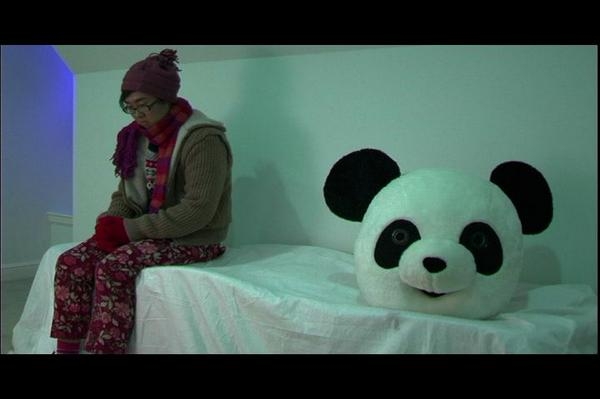 Cho’s interest in storytelling via fantastical imagery led him to get friends and acquaintances together to shoot short video stories. “I was trying to be a filmmaker but without knowing how to do it,” he said. He eventually found his way to San Francisco Art Institute, where he studied film under director Caveh Zahedi, most famous for his 2006 documentary I Am a Sex Addict.

Under Zahedi’s tutelage, Cho learned to use film the way Pollock used paints: expressionistically. “I was trying to figure out who I was, and I just felt that film was the way to go work that out,” Cho said. “Caveh showed me how to make art something to live for.”

Indeed, Cho’s current project is a non-linear, semi-autobiographical film called 101 Secrets. Its roots in comics includes a The Tarotmaster, a character partly inspired by some of graphic novelist Neil Gaiman’s characters as well as the surreal films of Alejandro Jodorowsky.

Cho’s body of work — a video journal called Good Movie and a film called A Ripple in the World that screened at the SF Indie Fest — is decidedly personal. His actor/director alter ego, the aforementioned Captain Kitty, is an androgynous, nervously earnest character perpetually dressed in a scarf, hat, and bulky gloves even in the summer. Appearing in Good Movie and 101 Secrets, Captain Kitty looks like a sidekick from some little-known anime feature. In 101 Secrets, Captain Kitty portrays Aaron, a child raised in an isolated religious compound of immigrant Korean farmers. Aaron moves away to college, where, baffled and hassled by the outside world, he is ultimately forced to confront his past and build something of a future. The digital style of  101 Secrets, a tale of sexual discovery and fear of adaptation,  is bright, bordering on garish, reflecting the multi-hued textures of anime and other comics.

In other words, it’s not exactly the type of film for fans of Jennifer Garner or Matthew McConaughey.

At this suggestion, Cho sighed. “Yeah, I know,” he said. “I’d like for everyone to enjoy my movies, but I know they’re not always accessible. I went through an experimental film program, and I studied non-narrative, non-linear film. It’s what I have the most experience with.”

Thus far, his films have been blink-and-you’ll-miss-’em affairs limited to indie theaters in the Midwest and the Bay Area, though he hopes that will change once Secrets is finished.

Despite his penchant for head-scratching, art-house style, Cho plans to make films for the rest of his life, even if the road remains rough. (“Art house” and “commercial success” are pretty much mutually exclusive terms.) To that end, he and assistant director Dan Swindell have assembled a studio in Fort Worth, paid for out of their own pockets and conveniently located near Cho’s grandparents’ beer-and-cigarettes store, where Cho works.

“It’s in the ghetto, and when it rains outside, it rains in the studio, too,” he said. “I don’t want to work at the store forever, but cinema is kind of my life. I don’t have any hobbies. Pretty much, as long as I’m making movies, I’ll be happy.”