The Star-Telegram recently published a story about the Ridglea Theater, one of Fort Worth’s oldest live music venues and a heavy-metal haven. The story got me thinking about that perennial hobgoblin of local scenes everywhere: empty seats. Long story short: The Ridglea, the Star-T says, can either maintain the metallic status quo or start booking some touring non-metal acts. 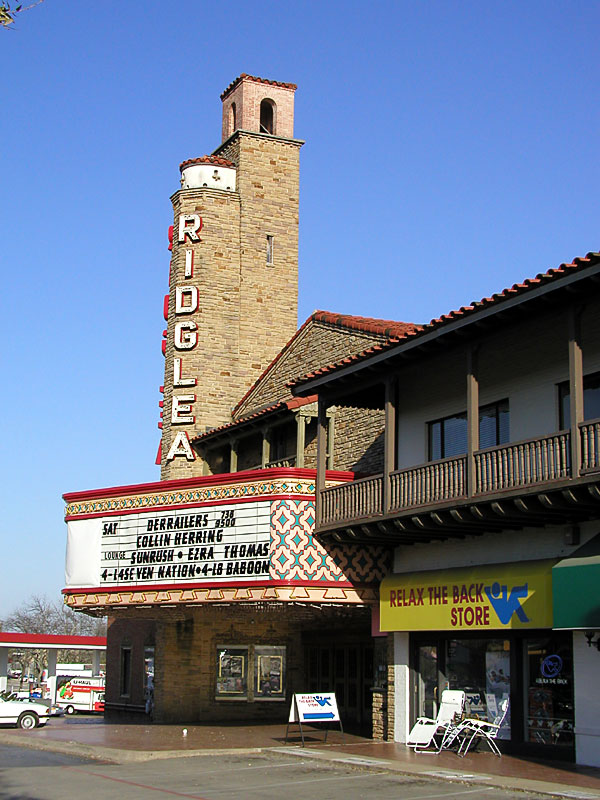 As goes the Ridglea’s future, the article suggests, so does Fort Worth’s, a proposition that may have some merit but that is purely suppositional and hyperbolic. No city’s scene is fundamentally tied to any single club’s success. What is missing in town, though, is the same thing that’s missing in pretty much every other medium-sized city: a citizenry with a healthy understanding of art (music, painting, dance, film, whatever). Art, by its very communicative nature, fosters a sense of awareness of our existential insignificance and of our communal struggle for happiness. Not to get all Freudian, but if children growing up today now are not taught the intellectual and emotional — and, OK, monetary — value of art, they will maintain only a passing if not downright hostile relationship with progressive art and will be content to retreat to their individual universes and stay there, interacting with the citizenry only out of necessity. The children who grew up in the ’80s and ’90s and were effectively stripped of their access to an arts education (thanks, Congress) are now the twenty- and thirtysomethings who aren’t going to shows. The popular culture machine further corrupts the situation by feeding them pablum that satisfies their undeveloped, Neanderthalic palates. And the division between major-label radio-pop and progressive music, such as the kind practiced by most non-major-label musicians here and elsewhere, grows even wider. All local musicians can do is embrace the new norm. They’re not going to be on the cover of Rolling Stone — and they need to come to terms with that fact — but they can make a decent living by playing shows and by generating publicity virally. (And by keepin’ on keepin’ on. Never underestimate longevity.) If there’s a demand, no matter how small, for heavy metal, the Ridglea folks will meet it. If there’s a demand for progressive indie-rock, some club or another will as eagerly rise to the occasion. But don’t expect any demand for that kind of music. There’s a new Beyoncé song to download and listen to on the treadmill. … To folks who wish that Fort Worth would become another Austin, Nashville, or Seattle, don’t hold your breath. Music production is simply not vital to our economy. We have only boutique publicity companies and record labels (typically one-man operations), not the kinds of businesses that employ critical masses of workaday non-musicians. And while there are studios here (see page 10), they’re not the kinds of studios found in the aforementioned cities (and New York and L.A.), operations run by producers for whom artists in other cities would drive hundreds of miles just for the pleasure of breathing the same air. But wouldn’t you rather be plain ol’ Fort Worth than a watered-down version of some other city? Plus, maybe by charting our own territory, we’ll become a new kind of music city, one that’s never been seen before and that’s effectively more progressive than Austin, Nashville, and Seattle. Maybe.