Four years ago, Amber Herndon was volunteering at a banquet being held at her church. The event was a fund-raiser for a new program started by the church’s Sunday school class, which took donated cars, fixed them up, and gave them to needy students. The 20-year-old, who was home on a visit from the University of Texas at Austin, was barely paying attention when the pastor called out her name as their first recipient of a car.


“I needed a car because I had been in a wreck, and my car was totaled. I don’t know who nominated me, but I was, like ‘What!,’ ” she said, faithfully repeating the scream she’d let out that day. That fall, her refurbished 1996 Mazda Protégé got her from Dallas to Austin and where she needed to go around town. 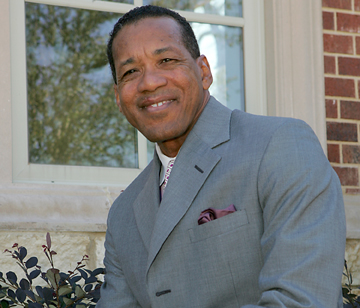 The Dallas-based group, Good News About Transportation, “started by giving a car to a college-bound student who was without transportation,” said GNAT board chairman Lonnie Woods. In the last four years, he said, “We’ve given away about 10 cars to individuals who couldn’t afford one.”

Donna Miller, vice chair of GNAT, said that the group decided to focus on transportation during a Sunday school discussion about how they could serve the community. “It just seemed to me that getting around the city was difficult,” she said. Helping meet people’s transportation needs “seemed to help with their children’s education, with getting a better job. It just kind of evolved, and that’s what made us concentrate on transportation.”

Since then that Sunday school class has become a registered nonprofit organization and recently extended its operations to Tarrant County. GNAT has also broadened its reach in other ways: Until recently, it focused exclusively on the African-American community but now seeks to help people of all races with college scholarships and is working on a program to provide transportation for needy folks around the Metroplex. At this year’s GNAT fund-raising banquet at the Fort Worth Club, three Tarrant students received college scholarships.

“It means a lot,” said Marlene Rodriguez, who attends Sam Houston High School in Arlington. She’s vice president of her school’s youth chapter of the League of United Latin-American Citizens and was one of the first non-African-American recipient of a GNAT scholarship. “My family is very big – I’m one of six kids – so college is only an option if I’m able to pay for it and if I’m able to supply myself with the stuff I need. This is going to help me a lot, and I’m very thankful for it.”

Devonte Woods, a student at Dunbar High School and Canitta Thomas, who attends O.D. Wyatt High School in Fort Worth, also received scholarships. GNAT chose the winners based on an essay competition.

Woods, one of the leaders of the effort to diversify the group, said GNAT is trying to partner with other like-minded organizations across the Metroplex. “I feel that it’s important to touch as many players in the community as possible so that we can all work together,” he said.

Recently, the group has shifted its focus away from fixing up clunkers. They still accept cars but rarely repair them anymore. Now, Miller said, they send all donated cars to auction houses, and the proceeds go into their scholarship fund, which is also a carry-over from the Sunday school class.

“The Sunday school class, on their own, would just take up collections – instead of tithes they would give money into this pot, and they would provide scholarship money to students who were related to people in the class,” she said. “And when we decided to branch out from the church, we wanted to continue the scholarships.”

The money raised by the class, she said, is often used for transportation purposes, whether buyin 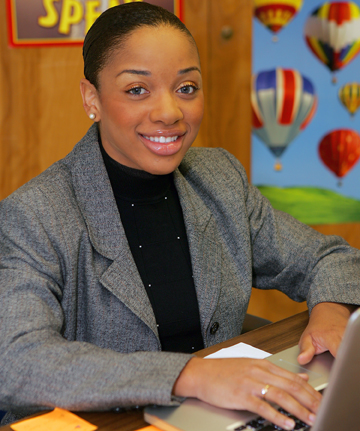 Group members are in the process of trying to secure grant money so that they can expand their operation and help more needy folks.

According to the Texas Department of Transportation, four out of five underprivileged families have no means of transportation. That’s why Woods is steering the group toward looking at the bigger picture of transportation obstacles faced by poor families.

“There is a large portion of our society that is short on transportation,” he said. “And in areas like DFW, the inner-city areas have [public transportation], but in the suburbs, there is no public transportation. That’s an area where we’re trying to fill the gap since our legislature doesn’t seem to be addressing it very well.”

Woods, who has been chairman for a year, said that the group is planning to partner with area churches with the idea of using church vans to take people on critical errands such as to the doctor’s office and grocery store.

“If there are elderly people in project areas who have no way to go to the store, to get food and things like that, we want to use that money to target those areas,” he said.

GNAT pays for its programs with private donations and a yearly fund-raising event, the Shining Star Banquet. According to Miller, the majority of the scholarship money comes from ticket sales to that event.

Terryl Kendricks, who organized the banquet, said that 350 people attended this year’s event at the Fort Worth Club. That’s up from about 150 last year, even though it was the first such event the organization had ever held outside of Dallas.

GNAT has also started what Woods calls a financial literacy program, in which scholarship recipients are required to take an online course that teaches them how to balance their checkbooks and live within their means.

Woods said that teaching people to manage their finances is part of the solution to transportation problems. “Transportation is the second-highest expense people have,” he said.

The Rev. Dwight McKissic, pastor of Cornerstone Baptist Church in Arlington, who spoke at the organization’s banquet, said that he is happy that GNAT has brought its work to Tarrant County.

“I was deeply impressed with their mission,” he said. “They were not satisfied just knowing the statistics about how many people in the Metroplex don’t have transportation; they decided to do something about it. Rather than just curse the dark, they lit up a candle.”