Chow, Baby has long wanted to do an occasional series called “Lunch with the Stars,” in which we would find out if people who dine with famous people also get fawned over. Plus Chow, Baby would reveal which stars chew with their mouths open. The holdup on all this is that Chow, Baby doesn’t know any famous people, and the ones it wants to meet aren’t returning its phone calls. How rude. 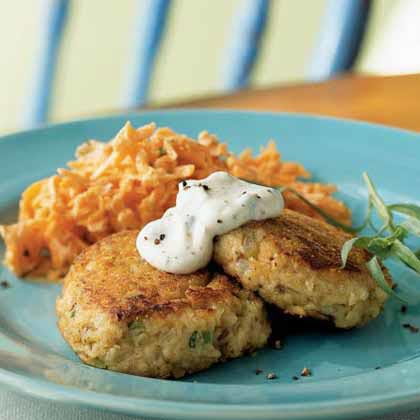 However, Chow, Baby does have a friend who in very dim light looks sort of like Tom Cruise. Fortuitously, the dimly lit 610 Grille (610 Main St., in the Ashton Hotel) is the kind of elegant, intimate place a real celebrity might visit, plus Chow, Baby already had a food-and-service baseline – on its last visit, years ago, the restaurant then known as Café Ashton had a nice American Bistro cuisine going but an exceedingly hands-off waitstaff.

Interestingly, neither faux-Tom’s presence nor our waiter’s hopes for a decent tip improved the service. We had to flag down our guy to ask for the daily specials, flag & ask him to take our order, flag & ask for water refills, flag & ask for the dessert menu, flag & ask for the check. But amid the flagging & asking came a ladylike chicken-fried steak ($11), its thin, almost tempura shell encasing a flavorful beef tenderloin, with al dente glazed carrots and a spiral of whipped potatoes. Salmon croquettes ($13), a dish that always throws Chow, Baby into a 1950s time-warp tizzy (where’s my broiled grapefruit and baked Alaska?), were modernized with a creamy crabmeat sauce. It was all quite good.

Clearly, ersatz celebrity had no effect on 610 Grille’s food (still great) or server attentiveness (still woeful). To be scientifically valid, however, this experiment really should be re-run with actual superstars. Call me!

As Chow, Baby explained to the beloved, who was questioning the appeal of 10-hour drives bookending a three-day visit, maybe in some alternate universe would Chow, Baby not head to New Orleans for the family gathering. What, like Chow, Baby’s going to cook an entire Thanksgiving dinner here, by itself, without its mommy? Well, in fact, it easily could, if by “cook” you mean “buy a chef-prepared take-out holiday feast.”

Now, most of those items are part of whole holiday dinner packages that you have to book ahead, which is why Chow, Baby is bringing it up now. Because in this universe, you have to plan things, be organized, go to bed at a decent hour. Chow, Baby, of course, will be in the entirely different universe that is New Orleans.