The jazz myth of Chicago is powerful, dating back to 1922, when King Oliver summoned Louis Armstrong from New Orleans to change the world. It continued in the ’60s and ’70s, when players who’d germinated in the hothouse of the Windy City’s Association for the Advancement of Creative Musicians journeyed to New York to participate in what might yet prove to have been the genre’s last great outbreak of creativity (before classicism set in). 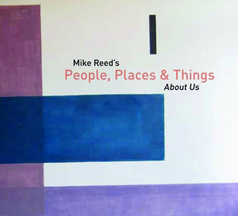 Chicagoan Mike Reed might argue with that assessment. The drummer debuted his band People, Places & Things – a quartet with a two-sax front line – last year with Proliferation, an album of works by Chicago-associated jazz titans both famous (Sun Ra) and obscure (John Jenkins). Reed’s latest release, About Us, focuses on original compositions and three guest artists whom he ranks among the best {that} his hometown has to offer. Reed and his men are clearly fluent in the language of free-jazz, ’60s “fire music,” and free-bop. But when the leader pushes them to accompany solos more aggressively (he calls it “collective arrangement”), their interaction also has some of the polyphonic character of the earliest jazzers’ group improvisations.

Among the guests, tenorman David Boykin has the hefty, blues-drenched, greens ‘n’ fatback sound of Gene Ammons, showcased on the former’s composition “Big and Fine.” Trombonist Jeb Bishop shines on his own “Big Stubby,” with a theme that evokes both Prohibition-era gangster soundtracks and ’50s harmonic abstraction, starting out with a lively solo statement and climaxing in a three-horn free-for-all sans rhythm section. Guitarist Jeff Parker’s “Days Fly By (with Ruby)” swings in a knotty way, reminiscent of Extrapolation-era John McLaughlin. Compositionally, though, the most interesting item here is Reed’s moody tone poem “First Reading: Paul’s Letter To the Ephesians.”