This summer, when members of the Fort Worth City Council were briefed on the grim results of a federal investigation of the city’s housing department, they could justifiably have asked the city manager and mayor, “What did you know and when did you know it?” The answer would probably have surprised them: Mayor Mike Moncrief and two successive city managers were aware of the department’s deep financial problems for at least three years before federal investigators showed up in May 2008. Now, because those officials took no corrective action, the city is on the brink of losing most of the federal money it gets to help house its neediest citizens.


On Aug. 31, the Office of Inspector General of the U.S. Department of Housing and Urban Development released the results of its year-long investigation of the department, triggered by more than three years of HUD audits that raised more red flags than a Chinese military parade. 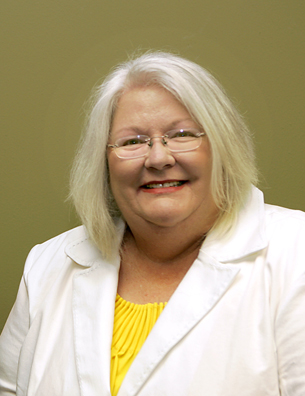 The report revealed that city hall leaders had allowed former department head Jerome Walker to mismanage tens of millions of federal dollars annually with no oversight, despite a series of escalating warnings, sent not only to Walker but to city managers Charles Boswell and Dale Fisseler, and to Moncrief, putting them on notice that the city’s future federal funding was in peril. In addition, the city was hit with a bill for $1.1 million that the audits showed Walker’s department had spent improperly – or not spent at all – and that would have to be paid back to HUD out of the city’s general fund. So far the city has repaid about half that sum.

HUD money makes up the lion’s share of funding for low-income housing repair and new housing construction in Fort Worth for the poor and low- to moderate-income residents who, as of the last census, constitute almost half of the city’s population.

Walker’s bosses apparently don’t claim they didn’t receive the warnings – Fisseler, at least, seemed to consider them just a matter of opinion. Gerald R. Kirkland, a top OIG audit official in this region, wrote in the report that Fisseler “said that he believed the city’s troubles with HUD were attributable to a different interpretation of requirements and communication issues.”

Fisseler said Tuesday that he knew there were problems in the department, even though “not all were entirely under Jerome’s supervision.” Still, after asking Walker to fix the problems, Fisseler said, he “eventually determined that a management change was necessary.”

“It is ultimately management’s obligation to ensure that the city meets its fiduciary responsibilities and is responsive to HUD’s concerns.” Kirkland wrote. The federal law governing the housing funding programs all “required strict accountability and transparency,” which the investigators found sorely missing.

In April and May 2007, for instance, monitoring review letters sent to city officials detailed “substantial amounts of questioned costs” along with “serious deficiencies in the city’s administration of its affordable housing programs.”

Two years later, however, after almost a dozen similar warning letters, half of HUD’s concerns still had not been answered – even though Walker by that time had been fired by his new boss. Jay Chapa took over when the housing and economic development departments were merged, and he had promised HUD all of the deficiencies would be addressed.

“The buck stops at the city manager’s desk,” said Theresa Thomas, a real estate agent who worked in the department for three years and was fired by Walker after she and a co-worker blew the whistle on his mishandling of federal funds. Fisseler and Boswell “just chose to look the other way,” she said. “And guess what – the taxpayers are now paying for their failure to act.”

Most of the expenditures the HUD auditors questioned were from grants used for community development projects or social programs that were approved by Walker but were later disallowed by government auditors for a variety of reasons: The programs failed to meet the government’s “affordability” criteria (meaning the city couldn’t prove the program was helping those in greatest need), documentation for the projects didn’t exist, or the projects simply were not completed.

The problem areas ranged from $8,800 spent for improvements in a park that did not serve a low-income area to more than $273,000 for infrastructure costs for a low-income development of 200 homes on the Far East Side that was abandoned when the builder went bankrupt after completing only three houses.

The auditors reported that agreements with subcontractors for new and renovated housing were too often sweet deals that violated both HUD and city regulations. The contracts in many cases failed to include required language on things like equal employment opportunity, safety standards, records-keeping, penalties for failure to perform, and protections against kickbacks.

A review of 15 city contracts totaling more than $2.7 million showed that many contractors also failed to comply with other city regulations, such as acquiring a building permit before doing reconstruction work. In Chapa’s termination letter to Walker, he accused the former director of approving work on homes where the contractors failed to get permits and also of using federal money to pay those contractors for the phantom permits.

“That was a big deal with me,” Chapa told the Weekly. “It is one of the reasons I took the action I took [by firing Walker].”

For three years, according to the report, Walker wrote grant requests that failed to adequately explain how his department would use the money he was asking for. And again, his superiors failed to require Walker to correct the problem.

Federal regulations require extensive information on how grant money will be used. When funds are requested for sidewalks, for example, regulations require that the sidewalks serve a purpose such as providing a safe place for kids to walk to school or improving a depressed neighborhood. But Walker, in asking for a $20,000 grant for sidewalks, listed no such purposes. When the investigators checked, they found that one planned stretch of sidewalk was on a side street with no particular purpose, some were replacements of existing sidewalks in good condition, while others would have fronted a “significant number of vacant lots.” Only one area of sidewalk met the criteria. Construction was stopped on all the others.

City officials gave the investigators conflicting explanations about how the sidewalk locations were selected, with some managers explaining that the city relied on  a study of traffic-flow patterns, while another stated that no such study was done and that the sidewalks chosen were those that failed to get funded in the city’s 2008 bond program.

Was the city trying to get the federal government to pay for sidewalks that are the city’s responsibility? No one from city hall returned calls to answer that question.

Some of the compliance problems are even broader. For example, in monitoring monthly home foreclosures in several low-income areas, numbers were inflated by including vacant land and homes that were not foreclosed. “Consequently, the city could not assure itself or HUD that its use of … [neighborhood stabilization] funds would … be targeted to the areas of greatest need,” the report said.

The OIG investigators found other extensive problems with the city’s handling of contracts. Change orders contained no explanation for the change but were approved anyway. When the cost of work exceeded the city’s estimate, invoices were paid with no documentation as to the reasons for the increases. Many emergency repairs – done without being put out for bid – were found by the investigators not to have been emergencies at all. And out of seven contractors who were designated to receive contracts on a rotational basis for lead abatement work, three received a whopping 81 percent of the work. “The city could not provide an explanation” for three contractors getting the bulk of the work when the work should have been rotated equally, the OIG author wrote. The contractors were not identified.

The federal money imperiled by the OIG findings is substantial. Documents show that the city received $10.7 million in 2008 for housing programs and is scheduled to receive an additional $15.3 million for use in 2009 and 2010 under economic recovery legislation, for programs ranging for neighborhood stabilization (such as helping low-income residents with down payments to buy foreclosed homes), to homeless aid and redevelopment of economically depressed neighborhoods. The housing department has also applied for $6 million from HUD for a lead-based-paint- abatement program.

Fort Worth can ill afford to risk losing those funds, especially since it had to make deep cuts in its budget this year to close a $59 million shortfall.

“Given the city’s past performance, this substantial influx of additional funding may prove difficult for it to administer,” the OIG report warned.