The new Fort Worth Museum of Science and History has roused the town. The $80 million building’s blocky geometry is packed with energy but respectful of the stately, quiet surroundings. The interior and, we’re happy to report, the content extend the giddy drama produced by the exterior. 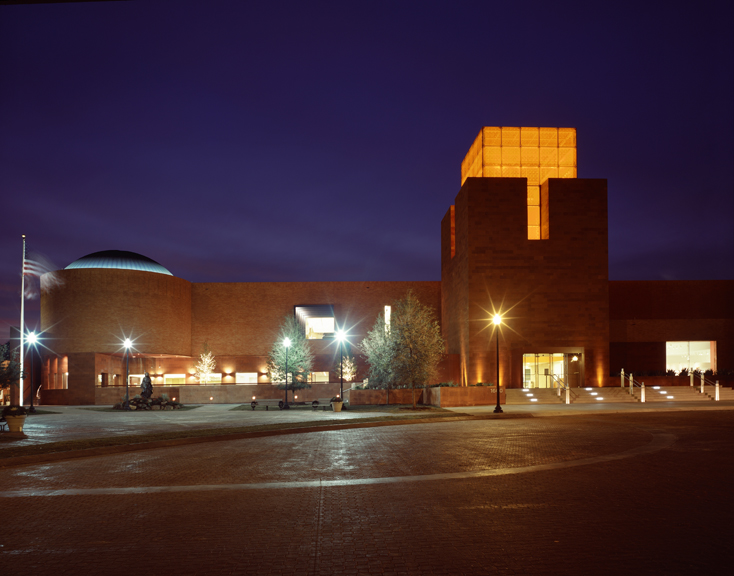 Designed by the Mexico City firm Legorreta + Legorreta, the rebuilt Cultural District museum is proof that Fort Worth isn’t afraid of contemporary architecture. Contrary to the evidence around us, David M. Schwarz and Gideon Toal do not have a stranglehold on institutional design here in town. With all due respect to the Cultural District’s three gems — Philip Johnson’s Amon Carter Museum, Louis I. Kahn’s Kimbell Art Museum, and Tadao Ando’s Modern Art Museum of Fort Worth — who ever said that subsequent institutional buildings in the neighborhood have to be demure? The more progressive structures, the better, no?

Built on the site of its predecessor, between Montgomery and Gendy streets and across from a massive parking lot, the new museum extends toward the Art Deco-style National Cowgirl Museum and Hall of Fame (designed by Schwarz, natch). The science and history museum, when seen from the east, may seem just a terracotta-hued pseudo-ziggurat. But a sense of whimsy jazzes up the tableau. Cutting horizontally through seemingly the middle of the composition is a small procession of triangular roofs whose angles are outlined in blue. A terracotta gallery shaped like the letter “U” lying on its side faces Gendy. Rising 76 feet, a rectangular tower of yellow-fretted glass panels seems to draw itself out from a sheath of that same terracotta-colored brick. The cupola — or, in the architects’ words, the “urban lantern” — glows gold at night.

If you’re at all attuned to architecture, the approach to the building from the east may make your pulse race a little. All of the subtle but fantastical touches outside hint at liveliness inside. As you approach, you will find yourself traveling past nothing but a long, blank, boring terracotta wall. You might become anxious. Turn the corner, though, and the main entrance will reach out to embrace you. Set at the foot of the tower a few dozen feet from Gendy, the entrance lords over a vast plaza, which allows you to catch your breath and approach in anticipation, not anxiety. To your left is the tasteful, domed Omni Theater.

The building’s principal architect, Ricardo Legorreta, appreciates context. Based on 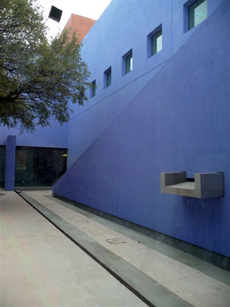 some of his firm’s other works, he sprinkles his structures onto their surrounding networks of streets, sidewalks, and thoroughfares. Taking over isn’t his objective. By not imposing his architectural ideas on his sites, Legorreta stimulates dynamism and interactivity, which is perfect for an institution whose chief purpose is to encourage action and wonder.

And “wander.” The entrance opens to an enormous, spacious, sunlit lobby. There are no directional arrows, leaving you to, uh, wonder which way to go, but the angles of the walls suggest there’s something around every corner — and there is. The building houses several galleries: the Cattle Raisers Museum, the Children’s Museum, and the Noble Planetarium. There are also classrooms, a theater, gift shop, and café. The exhibits range from dinosaur skeletons and Fort Worth history to CSI: The Experience (based on the popular TV series CSI: Crime Scene Investigation) and the science of gas drilling. (Major natural gas companies, including Chesapeake and Devon, helped fund the building’s construction.)

Across the lobby, a single tangled, live oak tree shades a glass-encased, purple-hued courtyard. Behind the tree, a portion of wall slopes downward from left to right — you can only tell it’s a feng shui waterfall when you view it from the side. The water streams right out of the wall. Again: generating whimsy and inspiring wonder.