If you haven’t heard much recently about how the hearings are going on Luminant Energy’s proposal to build two new reactors at its Comanche Peak nuclear power plant, it’s not surprising, plant opponent say.


Longtime Fort Worth State Rep. Lon Burnam and Karen Hadden, executive director of the SEED Coalition environmental group, say Luminant has been resisting releasing information that could tell the public how well the giant electric utility is planning to reduce threats against the plants. They believe the company isn’t adequately prepared for emergencies like fire, explosions and – shades of 9/11 – the possibility that terrorists might try to attack the plant from the air. 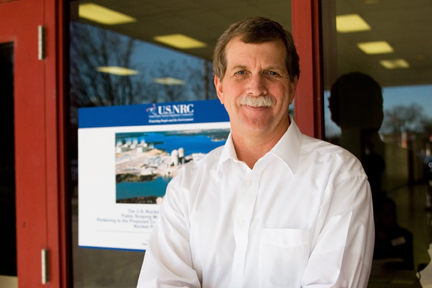 “We’ve been maintaining that the plans that are in place by Luminant are not adequate,” Hadden said. “These hearings have a lot of basic safety information, and we feel that the public has a right to know that, and we’re working right now to get the documents to be made public as much as possible.”

Burnam, SEED, and others have intervened in the hearings on a license for the $20.4 billion in proposed additions to the plant. In September 2008, Luminant, formerly TXU, submitted its application to the Nuclear Regulatory Commission to build the new reactors at Comanche Peak, east of Glen Rose and about 45 miles southwest of Fort Worth in Somervell County. The expansion, which Luminant would like to start building two years from now, would double the plant’s electrical output, but it would also increase its output of radioactive nuclear waste.

Not everyone is opposed to the plants. The city of Glen Rose, which stands to get huge amounts of tax money from the expanded plant, has publicly supported the proposal, and many Glen Rose citizens say they are happy with their nuclear neighbor. But others who live near the plant say that they have seen negative effects on the environment from the first two reactors, and they’re worried about the 40,000 gallons of water per minute that the plants would need for the new reactors.

One of the intervenors’ goals is to make the process more transparent. When the plant’s first two reactors were licensed 20 years ago, the process involved two rounds of public hearings: one for the construction license and one for the operating license. But during the intervening years, that process has been “streamlined,” and operating and construction licensing hearings have been consolidated into one round. Now, opponents of the plant say, there is almost no opportunity for public debate and little legal recourse.

“The NRC has always existed to facilitate the licensing of nuclear power plants, and that’s still why it exists,” said Burnam. But now, he added “a lot of the safeguards that were in place have been removed due to the Bush administration.”

The intervenors have filed nearly 20 contentions regarding the inadequacies of Luminant’s plans. Each contention is considered by a panel of administrative law judges, and only if they approve are hearings held on that issue. Initial hearings have been held on seven of those issues, and judges have ruled on two of them.

“They have accepted two of our contentions so far, so we know that there will be a hearing,” Hadden said. “That could start as early as spring 2011, but we don’t know for sure.”

One contention that has been accepted for hearing is that Luminant has not considered what impact a severe radiological accident at one reactor could have on the other reactors. The other is that the environmental impact report on the proposed plant addition is inadequate because it doesn’t consider the option of Luminant using a combination of other energy sources such as wind, solar power, and natural gas to generate additional power without building the new reactors.

The five additional contentions on which hearings have been held (but no ruling has been made) all deal with safety issues such as fire, explosions, and aircraft impact. Hadden, Burnam, and others believe that Luminant isn’t fully prepared for those kinds of disasters.

Luminant officials maintain that their emergency plans shouldn’t be made public because of security issues. But Hadden argues that none of the information the group is asking for would compromise security.

“We’re very interested in public safety; we would be the last ones to say you should turn over anything that would put us at risk,” she said. “But as it is right now, if there’s a single sentence in that document that gets deemed ‘sensitive’ – right or wrong on that designation – then the whole document is considered sensitive, and the public sees none of it.

“Basically the public needs to be able to know where we’re at in terms of whether or not these plants meet the fire and safety explosions rule that is in place and whether they are able to respond to the possibly catastrophic effects of an airplane impact,” she said. “These are both new rules, and they’re important to safety.”

Asked for a response to the environmentalists’ concerns, a Luminant spokeswoman provided only a general statement. “We have been working, and continue to work, within the NRC’s federally mandated framework for our license application,” she wrote. “Information regarding our application can be found on the NRC web site. The NRC has rules focused on ensuring public safety, and it is applying those rules.”

Burnam attended hearings in Washington, D.C., recently on whether to admit contentions concerning the adequacy of the energy giant’s plans to prevent catastrophes like an airplane attack. He said that, based on the judges’ comments and questions, he is not optimistic about the outcome.

“It was discouraging to me, because I felt like the administrative judges hadn’t even read the material in advance, given the elementary type questions and analogies they were making,” he said.

“The truth is, you cannot tell whether they have any plans or not, based on what we’ve been able to get so far,” he said.

Burnam expects to see a draft of the plant’s environmental impact statement by March, which will give the intervenors an opportunity to comment publicly.

But, he added, if the first hearings are any indication of how the rest of the process will go, “There were a lot of reasons to be concerned,” he said.

You can reach Eric Griffey at