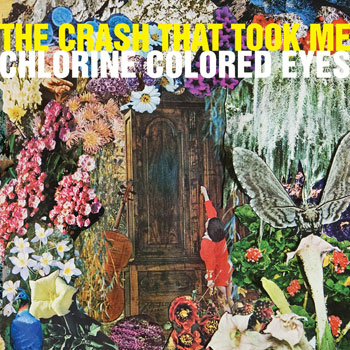 On Chlorine Colored Eyes, the Dallas septet’s sophomore album, references to My Bloody Valentine and The Smashing Pumpkins are shamelessly trotted out but only to be atomized. There’s a raw, loose quality to the songs that seems genuine and defies imitation. As tom-toms rumble in the distance on the title track, a quiet acoustic guitar is strummed in time but somewhat lazily. On the dreary, yawning “Empty Vacuum,” drummer Eddie Thomas (formerly of the defunct Black Tie Dynasty) skips and marches to the hazy beat of, uh, his own drummer. The one minute-long interlude “Wendy” consists only of warped dialogue, a tweeting organ, and what sounds like pages flapping.

The experimentation doesn’t preclude straight-ahead pop. Though overcast, “Reconnect it With a Curve” and “Longest Winter’s Gone” are sunny toe-tappers, and the dreamy, colorful, fuzzed-out “Separation in the Design” stomps down the yellow brick road. “Tragic Sense of Life,” with its jaunty beat and twinkling guitars, harkens back to early, glorious R.E.M.

The recording process was pretty novel and almost serves as another instrument. Frontman Dylan Silvers’ vocals were double-tracked, lending his somewhat drowsy and cranky yet effective voice a haunting, steely quality. When the music drops out of “Shapes From Clouds” and he sings, “I am controlled / I am controlled by everyone,” he sounds truly desperate and lost, as if he’s calling out from the past. On perhaps the album’s catchiest number, the balls-to-the-wall rocker “Patricia Lynn,” Silvers sings, “I can always tell when you’ve been / Drinking / In the morning / In the morning” — his voice is even but a little pissed and more than creepy.

Recorded partly at Valve Studios in Dallas and partly at a local paper-machine factory, Chlorine Colored Eyes also incorporates reverse playback, varied playback speeds, and a mellotron, a hallmark instrument of the psychedelic ’60s and specifically, “Strawberry Fields.” The album was mastered at, of all places, Abbey Road Studios in London.