As first reported on Blotch by longtime staff writer Eric Griffey (Sun., Jan. 3, 2010), the lovable J&J’s Blues Bar is closing its doors after 20-plus years. Owner Jim Schussler refused to discuss details with the Weekly, saying that we never wrote about the shows there and that we wanted to talk to him now only to get dirt. Which is mostly true. However, we rarely review shows, A.), and, B.) we preview only shows by 817 artists who are either up and coming or are veterans and have news to share. We never would have written about, say, James Hinkle or Holland K. Smith, two 817 artists who regularly played JJ’s, just because Hinkle or Smith had a show at JJ’s — or any other club. 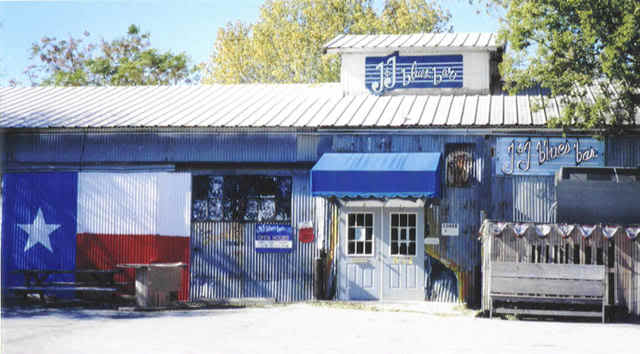 We would have written about either or both of them for doing something new. For signing to a major label, for example. Or for coming out with a new album. Or for hooking up with new players. Plus, the Weekly music section is only so big (read: small). We’d be doing our readers a disservice by writing about out-of-town bands, whose only connection to Fort Worth is that they just happen to be playing at some club within the city limits. And, yes, “out of town” includes Dallas, the home of several regular JJ’s performers. Did we — and by “we,” I mean, “I, HearSay” — take JJ’s for granted? Yes. Absolutely. All I can say as a result is, “I fucked up. Sorry.” But is the Weekly even a little to blame for any club’s closing? Man, if any of us writers had that kind of power, we definitely wouldn’t be working at a newspaper. … Maybe most importantly, the end of JJ’s does not mean the end of Fort Worth blues. Keys Lounge (5677 Westcreek Ct., 817-292-8627) is really rolling, offering a mix of blues and nontraditional but still technically brilliant stuff — the multiple-Grammy-winning Brave Combo is playing the Keys on Saturday. Also, you can still find a couple blues jams in the area, and at Mambo’s Tapas Cantina downtown (1010 Houston St., 817-336-3124), some exemplary blues shows have been happening. But JJ’s was an institution and will be sorely missed. … Telegraph Canyon joins Best Fwends as the second 817-related band chosen to play the annual SXSW Music Festival in Austin in mid-March. Telegraph played last year. Best Fwends, a duo that splits its time between the Fort and the state capital, has played every year for, like, the past 20. (I’m exaggerating, but you get my drift. The band has essentially been grandfathered in.) Sigh. South-by. The festival is no longer a showcase of up-and-coming bands but a festival featuring acts already signed to major labels. As a result, you can always find some non-sanctioned shows going on around town. Many of them draw better than some sanctioned shows, especially sanctioned shows at the ungodly hours of three in the afternoon or three in the morning. Still, being chosen to play a sanctioned showcase at South-by is a feather in any non-major label artist’s trucker cap. The guys and girl in Telegraph should be proud. I just hope they don’t get stuck in the hourly ghettos of Wednesday, before half the festival’s crowd normally shows up.