Regional Environmental Protection Agency Administrator Dr. Al Armendariz made quite a splash last night at the February meeting of the North Central Texas Communities Alliance. Featured speaker Armendariz drew between 250 and 300 people to the Hotel Trinity Inn, where he spoke about the EPA’s role in overseeing the issues of air and water quality as they relate to hydraulic fracturing for natural gas.


Armendariz announced that the EPA has funding to begin a study of both air and water quality in gas drilling regions throughout the United States. 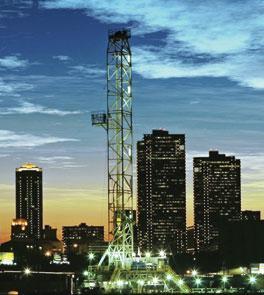 Armendariz also discussed the EPA possibly making changes to some of the guidelines currently in place that relate to acceptable levels of dangerous chemicals in the ambient air around gas wells and compressor stations.

Until recently, the issues of both water contamination and ambient air quality has been in the hands of state agencies functioning under guidelines set by the federal EPA. In Texas, the agency in charge has been the Texas Commission on Environmental Quality, (TCEQ).

“I think you could say that Dr. Armendariz is not happy with the job the TCEQ has done,” said Gary Hogan, a member of both the 2006 and 2008 Fort Worth drilling ordinance committees. “So he’s cranking up the pressure on TCEQ to get it done and get it right.”

According to Don Young, long time FW community activist, the quote of the night from Armendariz was “If TCEQ doesn’t do their job, the EPA is going to help them along.”

“It was a not-so-thinly veiled way of telling TCEQ to get off their asses and get to work,” said Young.